Buy Our Official NBA and MLB League Sponsored Wagering Data - Or Else!!

Sports leagues begrudgingly welcomed the change in U.S. sports betting and are now demanding their share of the gambling pie.

If you thought the NBA and Major League Baseball have backed off their self-privileged drive to secure ample revenue from all legalized U.S. sportsbooks for wagering on their games, think again. Demands for "integrity fees" have dissipated, replaced with a more sophisticated packaged approach.

Just when NBA Commissioner and respected foresighted trailblazer Adam Silver had gained universal respect from all sides in the gaming sector, now has come some divided opinions. Quicker than a Warriors fast-break, news has dropped of his newest strong-armed tactics forcing "authorized gaming operators" to purchase only official NBA league data. The inevitable outcome could be steep and perhaps unsubstantiated. And in the long run, guess who might inevitably pay the price?

We all remember the classic Prohibition-era scenario. Watch any gangster movie and you’ll see a favorite scene of two scary mobsters demanding (not asking) the barkeeper he’ll purchase ten, make that twenty cases of liquor this week . . . or else.

That’s not too far off what Commissioner Silver is threatening corporate casino entities with. Only packaged with a far friendlier approach that they’ll be buying privileged secured data along with some mythical insurance their product will be better insured. The reasonable difference is that at least you could sell the booze at a huge profit.

For NBA executives a cut of sports betting revenue is pretty much a no-brainer concept. Their argument is the wagers on their games wouldn't even exist without their teams playing the games, therefore they rightfully should be paid, and sportsbooks should be required to use their data to determine the outcomes of bets. At this juncture they've been rejected by at least ten states but now have joined with Major League Baseball in attempt to strengthen their message.

Thus far they've given the casinos a small taste of their feed trying to negotiate a long-lasting deal. The newest argument: Pay us up front or give us a cut of what's bet on our games or lose our data feeds and good luck setting and settling growing popular "in-game wagers" at the increasing speed of their sports.

Like those mafia hoods turning off the cocktails at New Years, the NBA ended its data services for some sportsbooks during the playoffs with interest in basketball action at its highest. MLB might follow suit later this season, hoping for new deals with sports books by the All-Star break should they not receive a demanded new agreement.

Also, as a result some sportsbooks are signing up for useless logos and more dollars for the data which the NBA and MLB propose they can use for a wide variety of live wagers. The way they explain it -- "a type of betting expected to expand in the coming years as betting shifts toward smartphones and away from physical lounges. In-game bets for baseball, for example, may include which team has a lead after the sixth inning or the total runs in the first five innings".

Financial specifics of the agreements weren't disclosed, but the NBA is pursuing deals that require sportsbooks to pay either a percentage of handle to the league or a fixed fee. The fee that they are charging would be for a bucket of rights, not just for the supplied data. It would be relative to the size of the operator's business. The fees could be reworked, league officials told sportsbooks in their presentation, if the payments ever become enshrined in U.S. law.

It is wise and common-sense that the NBA and MLB are customizing their presentation to each sports book depending on their size. But some longtime operators disapprove of the approach by the leagues and would rather go it on their own. Their realistic viewpoint is that sports betting is already a proven low-margin business. Revenue specifically from live betting -- the only version for which near-real-time, official data is truly useful -- is a tiny portion of the national market. New sportsbooks traditionally set low limits on those proposition-type wagers or don't offer them at all. The NBA and MLB are asking for a cut of wagers where their data doesn't make a defined difference.

To put it simple, it isn’t nearly worth the price they will pay to obtain close to the best results they could ever hope to obtain.  Why buy a beautiful shirt you’ll never wear. You get the idea.

In late April, Tennessee became the first state to officially mandate that only NBA and MLB "official league data" for in-game wagering will be utilized as part of their state ruling. However, many have questioned whether it withstand basic legal challenges. 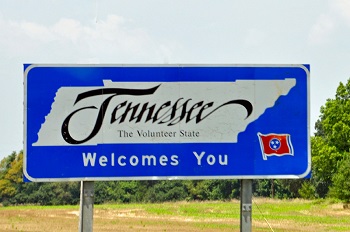 The main question is while the Sherman Anti-Trust Act is not intended to restrain state activity, the sports betting data mandate does not involve state activity. The state outsources the provision of data to MLB and the NBA’s authorized data providers. That would also go for say the NHL and NFL, etc. as well they become involved in the picture.

Overall, it is strange that as progressive as Tennessee has been vaulting forward with an online-gaming only business model for sports wagering, to be first bowing to sign-up to potentially restrict profit margins seems counter-productive. It also bears further review.

In clearing their policy of what they consider transmitting "official league data", the NBA has also reprimanded one of its all-time most popular ambassadors, Shaquille O'Neal.

Since 2015, Shaq has produced an extremely popular online program titled The BIG Podcast with Shaq, which is distributed by podcast network PodcastOne. One of the BIG show’s top sponsors is Panama-based and top-rated online sportsbook BetOnline. However, that relationship is set to end now that the NBA has finally clued-in to the deal.

Several things have gone against Shaq here and unfortunately, the audience that has enjoyed his podcast. First could be the timing of the NBA's increased push to only supply revenue-generating certified NBA officially league sanctioned materials and broadcasts to U.S. legalized sources.

Also to seriously consider is the NBA’s reaction that Shaq is not only part owner of the league's Sacramento Kings, but also an NBA employee through his role as general manager of the Kings’ eSports franchise. Shaq has a long history of association with the gambling industry, having lent his name to everything from real-money slots to the social gaming version, along with basketball-themed virtual sports betting products. In the NBA's legal perspective, should Shaq like to re-tool this venture, it would be perhaps under the NBA’s agreement, working directly for the NBA and to supply only NBA licensed customers.

I don’t want to be too critical of NBA Commissioner Adam Silver, who has been the most forward-thinking league commissioners in terms of embracing US legalized sports wagering. But also proving among the most strident in demanding a share of betting proceeds, be it in the form of an integrity fee or insisting on mandatory use of league-supplied data (for a fee). After all, his political punch and influence has been one of the many reasons why many are currently participating in U.S. legalized sports wagering.

However, I cannot believe Silver will be potentially taking all the profits for the NBA alone in the future. Watch for the National Basketball Players Association (NBPA), and their unions to quickly jump on the court demanding their cut. They’ve already made some noises in the past.

The real bottom line is us, the bettors, will have to pay the price.  Thankfully, we still have a shopping list of preferred sportsbooks to compare lines without a fee or tariff. They won’t guarantee who will win or lose. Just insure you didn’t potentially pay extra for the self-entitled NBA, MLB or any other sports leagues for wagering on their games.