A look at the NHL playoff series between the Vegas Golden Knights and the San Jose Sharks.

We cashed in a series wager on the Vegas Golden Knights (-125) in their opening round win over the LA Kings. We had a better play posted here on Winnipeg, and the Jets delivered in less than six games at a plus price over Chicago. Vegas was -135 at some sports books over the Kings, and each victory in their 4-0 series sweep was by one goal. I attended game 2 in Las Vegas, a 2-1 double-overtime thriller in front of an electric crowd and environment at T-Mobile Arena along the Las Vegas strip. Thanks to my LA contact who is an executive with the Kings, I was able to enjoy game 2 live and my playoff experience produced a small payoff.

Wagering on the NHL and the ultimate results is often determined by which team gets the best goaltending. Vegas has one of the best in Marc-Andre Fleury, and he and Jonathan Quick of the Kings were both outstanding in the opening series which saw 3 games stay under the total and the other push 3-2 after Vegas trailed 1-0 entering the third period. Fleury stopped 127 of 130 shots and allowed just three goals. Yes, quite impressive, and so much to like about Vegas and their remarkable season. 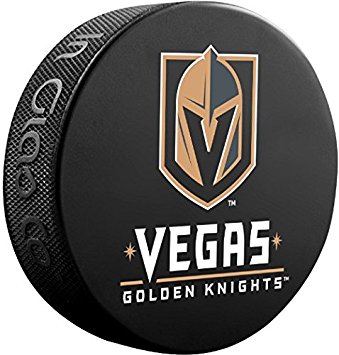 But now Fleury and the Knights have to be even more golden to make the pass line and avoid crapping out against the Sharks. When gambling, value is always paramount in your process and projections to produce a winner, and especially so when two teams are closely matched and one is getting a good price as underdog. Vegas is now a bigger favorite over San Jose than they were against a less formidable Los Angeles foe. That isn’t right, but the bookmaker knows that those Vegas bettors have been cashing in all season and now in the playoffs with the Golden Knights. The playoffs are now prime time, and with that comes inflated room rates and the price to pay for the Vegas hottie is high. Just like the expected record-setting ticket prices for the Knights and Sharks series.

The Knights scored seven goals in four playoff games again the Kings. A tight, hard-fought series was expected, and that’s what it was. But Vegas won all the coin flips at the poker table, and that will just not continue at the roulette table against a stronger Sharks team. San Jose was more impressive in dispatching a high-powered Anaheim Ducks team, also sweeping them out of the playoffs in four games and holding them to four goals. San Jose scored 16 goals with 13 against the Ducks strong goalie John Gibson.

San Jose net minder Martin Jones is solid and was very good against the Ducks, stopping 128 of 132 shots and allowing just four goals against more offensive firepower of Anaheim. The Sharks are stronger on defense than the Knights, even without long-time leader Thornton in the lineup. But he may return from knee surgery against Vegas deeper in this series. The Sharks also have more playoff pedigree, which matters more each series and deeper in the playoffs. The Sharks speed is solid match the Knights, which the Kings did not possess. A top-10 Sharks offense will make it much tougher on a Knights defense that showed some chinks in the armor later in the season but was not exposed by the offensively challenged and slower Kings skaters. The Shark will be swarming in front of Fleury much more this series, and San Jose has a 6-foot 5 inch bearded behemoth defenseman in Brent Burns, a five-time All-Star that finished 2nd among all NHL defensemen in scoring this season with 67 points.

Vegas won 3-of-4 regular season games over San Jose with three one goal games. Vegas bettors were cashing in all season long on the Knights, while the bookmakers were getting cross-checked over and over with all-in bets, including long shot future wagers on the Golden Knights to win the Stanley Cup.

The Vegas Golden Knights are the story of the year in sports, and a first-round playoff sweep is another piece to add to their impressive accomplishment and remarkable run. But the Sharks stronger defense combined with an offense that has been generating goals at an elite rate since mid-February and continued strong against the Ducks makes us a supporter of San Jose at a value price over Vegas. You can bet on it and book it.