Hartley looks at the 2020 World Series of Poker, which featured both U.S. and International tournaments. The Final Table is set for Dec. 30th.

Many people who follow the World Series of Poker likely may not know that there is a Main Event tournament this year. In fact, many poker players likely wouldn't know either. Originally scheduled for the summer as normal, the event was postponed and will conclude on December 30th. As a result of border restrictions due to COVID-19, as well as online gambling laws in the United States, the WSOP ran two online tournaments – one for International players and one for Americans. International players registered for the $10,000 buy-in tournament and played online at GGPoker.com in their residence countries in November until they reached the final table of 9. That final table was played out in-person at the King's Casino in the Czech Republic on December 15th where Damian Salas, a professional player from Argentina, beat Brunno Botteon of Brazil to claim the International table. 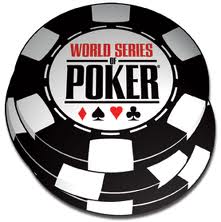 The American players played online at WSOP.com, where they were required to be geographically located in Nevada or New Jersey. The two states set up a Multi-State Internet Gaming Agreement allowing cross border poker play and while Delaware was a part of that agreement as well, Caesars decided to exclude Delaware to make geolocating easier, as well as the fact that Delaware is a smaller state and close enough to New Jersey that interested players could travel there to log in. Pennsylvania also allows legal online poker, but because they do not have a multi-state agreement, they were excluded as a potential option as well. The U.S. online version was played on December 13th and 14th where the players played to a final table of 9. Those 9 players will meet in-person on December 28th at the Rio Hotel in Vegas and the winner of the U.S. leg will play Damian Salas heads up live at the Rio on December 30th for the title. Despite severe travel restrictions due to COVID-19 in Argentina for travel to and from the United States it is believed that the government there may provide an exception to Salas or he could stay in a less restrictive country or even in Las Vegas until the event. If for some reason it cannot be worked out for Salas to travel, the WSOP already reserved the right to move the final table to a later date.

Not surprisingly the number of contestants at this year's Main Event was way down. There were 674 registered players on GGPoker.com for the International leg and 705 registered contestants at WSOP for the U.S. leg. While there were some satellite tournaments, most registered players were professionals. The winners of each leg were scheduled to win about $1.55 million for their victory and the winner at the heads-up tournament will earn an additional $1 million and a WSOP bracelet.

The reviews regarding the tournament format have been mixed. Most famous professional players who live in Nevada or New Jersey, like Daniel Negreanu, paid the $10,000 to play in the main event (Negreanu finished in the money by the way), but many of the others opted out. Common reasons given were that they didn't live in either Nevada or New Jersey and weren't comfortable leaving their families or staying in a hotel room during a raging pandemic and others simply said that online poker just isn't for them. Some of the best players said you just can't bluff as easily online and without the ability to see people and read their faces, the advantage they have is gone. Others also didn't like the fact that American citizens were separated from non-Americans, since they believed they had a sort of home field advantage going against players from the rest of the world. But the biggest complaint was simply the reduced number of players and reduced prize pool. 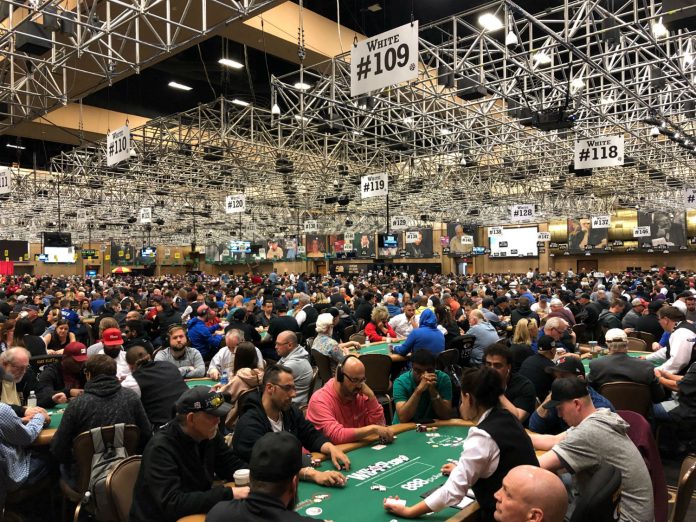 Spending $10,000 for the outside chance of winning a $2 million just isn't that enticing. The $10 million plus prize and notoriety of beating up to 8,000 other players in the process makes it worth the risk to many. That said there were several poker commentators who were thrilled with the lower field size and noted that the WSOP used to be that way until Chris Moneymaker won the event in 2003 and field sizes exploded after that. Just over 800 people entered when Moneymaker won and only 2,500 entered when Greg Raymer won the following year. As well, it was only in 1991 that the first-place prize rose to $1 million. And while the media and Phil Hellmuth love to point to the fact he was a WSOP champion, it should also be noted that he only beat 177 others to take the bracelet and hasn't really come close in three decades since. Back then very few but the best could afford or justify paying $10,000 to play and satellites were unheard of.

On the other side of the coin, many professionals and amateurs loved the concept and hope it will continue into the future, even when the pandemic is over.

"I love the idea of playing at home without having to arrange travel, needle my way into large crowds and face all the confusion and melee that occurs for a week long WSOP tournament," one professional wrote in a poker forum. And there have been numerous comments from online players who said they would be playing for the first time, since they believed their online skills just don't translate well to live play and this gives them a real chance. And if they make it to the Final 9, they will worry about how to adjust then.

Some of the biggest backlash to this main event, however, has been from poker players who are disgusted that Caesars has decided to hold a live event at all, given the rising COVID-19 numbers. Nevada has been one of the hardest hit states and several poker analysts and players felt it was irresponsible to hold an event when thousands of Americans are dying every day. Caesars pointed to the fact that everyone at the main table will be rigorously tested and there will be no spectators, but naysayers indicated that the risks from travel alone were unnecessary and the tournament could have been completed online. Many of the same concerns and comments were made in relation to the Czech final table as well, especially since Czechia is seeing 3 times the death rate of Nevada. Of course, Czechia also has 3 times the population. It is also widely accepted that the WSOP only agreed to this live finish to fulfill the contract with ESPN, since virtual tables don't work for TV and many believe Caesars has put revenue over safety.

Others are also upset because in the summer, the WSOP had a virtual live main event at GGPoker, which attracted 5,802 players and a record of over $27 million in prizes. The $5,000 buy-in tournament was won by Bulgarian Stoyan Madanzhiev, who took home almost $4 million. And being played outside the U.S., it was tax free.  Madanzhiev has a WSOP bracelet declaring him the 51st winner of the WSOP which resulted in him tweeting the following last month prior to the start of the International leg:

The answer to his question depends on who you ask. Most online professionals say it was Madanzhiev, just due to the amount of people he beat, along with the fact it was first to be played this year. Other players claim it is the December event because it was a $10,000 buy-in, as well as the fact it encompasses an in-person televised final. And several players say it was neither because a true WSOP champion must play the whole tournament in person and this format requiring online play cheapens the history of the event. WSOP claims it is the December event and Madanzhiev's win was never intended to be the official tournament. In any case, Madanzhiev jokingly challenged the December 30 winner to a unification match to determine the 2020 winner.

So, this December final is causing a lot of confusion. No doubt the event will attract many viewers and may even surpass other years, since it will not have the usual bowl game schedule to contend with. But there is no doubt that future analysis of the event will place an asterisk next to the winner's name just due to the format and the fact there was already a winner declared earlier this year. That said, asterisk or not, the winner will be thrilled with their winnings and bracelet.

Joseph Hebert, from Louisiana, takes a massive chip lead into the December 28th final table. Upeshka De Silva, who has 3 other non main event titles, is arguably the most accomplished player left in the tournament. ESPN will air the event live.