Bettors need to learn to have more than one out

Recent outages at online sportsbooks renew one of the mantras of playing offshore - have more than one sports book account.

We learned a lot from the recent NCAA Men's Basketball Tournament. Not to write-off a 16th seed as impossible, who Sister Jean is and the odds of going perfect on the bracket through to the Sweet Sixteen are nil. Too bad many bettors still haven't learned one simple lesson that is more valuable. Yes, a 50,000-star lock, a guaranteed selection and always the season's Best Bet.

That golden rule: Become a member of MORE THAN ONE SPORTSBOOK.

This age-old wisdom bit many frustrated bettors in the e-wallet when a few well-known offshore sportsbooks experienced justifiable problems during the height of March Madness, when web traffic was at its rush hour crush.

As example, popular sportsbook YouWager went down during a power outage and did not come back online for an extended period. The outage was only for several hours, but many enraged customers, who foolishly depended on their sole source of wagering deposit and withdrawal had their hands tied during crucial tournament game time. Obviously, this circumstance could happen to ANY site, but a wagering website makes it 100 times more dramatic, due to potential lost financial opportunity.

We also know how this works psychologically. Not being able to get one winning bet down haunts our mind and creates a superstitious feeling we are doomed to lose. Conversely, if we are lucky enough to not get a wager in due to situational circumstance, we quickly forget our good fortune. Anyone who didn't get their bets down at YouWager only had themselves to blame. With a list of preferred offshore sportsbooks readily available at their fingertips, most all lines were wide-open for business.

Sometimes, an offshore sportsbook can be an unfortunate victim to online criminals like any well-known conventional retail or commercial website. Such was the case during the March Madness period when BetOnline learned they were being preyed upon by hackers, which had affected their operations. Their website was completlely unreachable for over a week and even phone lines (many of which run over the Internet) were affected. The point again being, smart bettors had other options to go when circumstances like this occur. 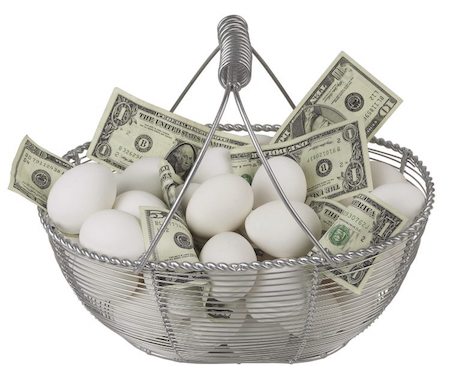 We could think of dozens of analogies here to paint the picture. Therefore, we make two sets of keys, write the "in case of emergency card" in our wallet, etc. To not have at least TWO to THREE preferred sportsbooks at our access, makes no sense whatsoever.

Maybe you were the guy who bet on Michigan -4 while Florida St. seemingly intentionally dribbled the ball out to end their season with a 58-54 loss. Most unlucky bettors who wagered on the Wolverines -4.5 were cringing, but a few books had Michigan -4 to at least get a push. The NCAA Tournament only lasts two and half weeks, but those type of memories last a long time.

We say that because NFL and College Football season is about four and half months away. Plenty of time to research the list of preferred sportsbooks and evaluate which work best for you. Keep tabs on the incentive programs that often offer rewards for new members and bonuses for increased play, etc.

After the upcoming April NFL Draft and the schedule is released, it's not uncommon to see the opening day spreads up for Week One. It may sound crazy to apply the "future book" strategy here but don't laugh. One famous exploitation example comes to mind.

In 2015 Mr. Tom Brady and the New England Patriots were heavily involved in their "Deflategate" headache. NFL Commissioner Goodell demanded Brady receive a six-week suspension, starting at the beginning of the season. The Patriots were initially a -6.5 favorite over the Pittsburgh Steelers for Week One. Without Brady, the line collapsed to a pick-em game. In mid-August that year Brady won a court appeal and was then re-instated as the starter. The line jumped back to anywhere from -6.5 to -7.5.

As if scripted, the Patriots won the game 28-21. Many bettors won the game on both sides in many ways, especially the ones who were savvy enough to exploit the very early wagering line. Also, to make it even more memorable, Antonio Brown caught a last second TD pass to "middle" the game for several bettors. Real bottom line: having the tools to shop around several books was the ultimate advantage.

Not trying to sound "sales-sy" but the cost of joining any book, plus the risk (without wagering), is zero. Again, most offer competitive bonuses plus incentives. The closer it gets to football season, often the better. Like shopping for best insurance rates or auto loans, comparing lines on a Sunday afternoon, becomes a traditional habit. Often a very rewarding one, when feeling smart covering by a half point by putting in some minor comparison work.