A look at some options the two biggest daily fantasy sports sites have in light of the recent ruling that will not allow them to merge.

What's next for Fan Duel and DraftKings?

It was reported this week that the Federal Trade Commission is preparing to deny the proposed merger between Fan Duel and DraftKings because it violates anti-trust laws. The FTC apparently noted that the two sites make up almost 95% of the daily fantasy sports market, but the DFS sites are countering that the FTC needs to take into account all fantasy sports such as ESPN's contests and rotisserie leagues, as well as other forms of online gambling. When that's included the two DFS sites only account for a fraction of the market. The argument is ironic since both sites spent years trying to convince everyone they were a skill game and not gambling. Nevertheless, if the reports are true, then the sites will not win the argument, and won't be allowed to merge, which leaves their futures in doubt since neither company is profitable.

As many will recall both DraftKings and Fan Fuel were rolling in dough, had set up league sponsorships and were on their way to multi billion dollar evaluations until late 2015 when a DraftKings employee, Ethan Haskell, leaked the lineups in a football contest a DraftKings before the games were finished. Someone at Roto Grinders noticed the leak and it was also noted that Haskell won $350,000 in a $5 million NFL contest at Fan Duel after finishing second. The concern was that since the contests at both sites are identical, if an employee at one site has access to the information on percentages drafted in their contests then they could use that information to gain an advantage at the other site's contest. The New York Times picked up on the story and called it a case of "insider trading." The sites changed the rules forbidding employees from playing at other DFS sites but it was too little, too late. Politicians and law makers in various states who paid no attention to DFS sites until that point all of a sudden took a closer look and wondered if it broke state gaming laws and also whether the contests were legit. Many states concluded it wasn't and demanded the sites leave. Fan Duel left immediately when told to do so while DraftKings dragged its feet, although they eventually left too. And Eric Schneiderman, the AG for New York not only concluded that DFS violated New York laws, but he also sued the sites for false advertising. Similar suits followed. To make matters worse, most states that legalized it put in new rules forbidding contests on NCAA games and requiring some sort of licensing fee from the DFS sites as a revenue generator. 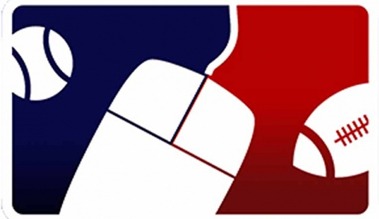 Having to pay huge fines, having to pay states for the right to exist, losing customers in many lucrative states and having to still pay teams for sponsorships, the sites quickly began to rake up huge losses. The companies hoped to ride it out by increasing the entry fees for contests, lowering payouts and eliminating high risk contests but that backfired as well. Serious DFS players decided that with the new model there just wasn't enough incentive to play and they began to abandon the DFS sites. With the future bleak, the primary owners of both sites decided their only solution was to merge. Their hope was that streamlining advertising, pooling resources and offering fewer contests they could somehow get back to profitability. This would require some maneuvering since the models of both sites are different and the risks Fan Duel is willing to take are far less than DraftKings. While Fan Duel sticks to team sports, DraftKings offers NASCAR, Golf (PGA and European Tour) Esports and MMA. DraftKings' ownership decided that was allowed because events took place over various rounds in the case of golf and MMA and over numerous laps in the case of NASCAR. Fan Duel's ownership didn't buy the logic and believes those sports violate the rules set in the UIGEA, which requires multiple games, although Fan Duel has decided to offer golf going forward.

With the merger all but dead, however, the question is now what?

There seems to be 4 options being floated. The first is for both sites to just go all in and let the last one standing be the victor and scoop up the other site's customers once one folds. The second option is to just do what they planned to under a merger, but operate as 2 sites. This would require co-operation between the sites, sharing costs and streamlining advertising and sponsorship deals. The problem with that is the FTC might not allow that either. The third option is for both sites to file for bankruptcy and then start a new site which would get rid of the debt and in secret start up a new site with a better model. The problem is that the courts and FTC would likely see right through that and block it. And the last option is to continue to cut costs where possible, offer a fee structure that would win back the larger DFS players and continue to raise money in hopes of a renewal. In better words, look at new options to regain profitability.

The last idea may seem unrealistic but things have started to change. While states began to run for the exits after the data leak many states are now passing laws and coming back in. New York and Texas are the most notable, although decisions for legalization by legislatures in Illinois and Florida were surprising, especially since Illinois was extremely vocal against DFS sites not that long ago. In fact, even some traditional blocked states are looking at possible legalization. Iowa, Louisiana and Washington all looked at some form of legislation and Arizona could be interested if they could reach a deal with Tribes. One industry analyst predicted DFS would eventually be legal in all 50 states, but that won't happen. Utah and Hawaii will always oppose any activity that resembles gambling and Montana won't allow it because it would compete against the state's fantasy sports contests. But it is conceivable that as many as 44 states could have DFS legislation that legalizes and regulates it in the near future. If that's the case, the potential customer base expands greatly and there could indeed be an opportunity for both sites to regain profitability on their own.

I spoke to a certified public accountant who has experience with these types of situations, companies that were successful but now have huge debt, and he believes the biggest issues for both DraftKings and Fan Duel have less to do with bad models and debt obligations and more to do with lousy financial planning and negative financial advisors. In his view, a merger is the worse thing that could have happened for either site since there us so much potential money to be made for all players. He is confident that Nigel Eccles and Jadon Robbins would be kicking themselves in three years if the companies became one.

"It's a good thing that Apple and Chrysler didn't look at the world with such negativity when they faced adversity. They weren't looking at how to merge with their main competitors in hopes of lowering costs. Instead they looked at how to raise more money and more importantly how to increase revenue. Steve Jobs and Lee Iacocca didn't care about the competition. They believed they had a great product and just needed to change perception and offer something more appealing. I always tell my clients not to lose faith. There is a reason people value their products, so they just need to improve their offerings, look at ways to get cheap financing and possibly even a public offering if warranted. And most importantly they need a good group of accountants and financial planners who won't see debt as a death sentence. These companies really need help at the management level. It's difficult to admit you could be a big part of the problem when you're in charge, but those who can will be more objective and have a more optimistic plan for the future. Naturally there are times when there is no hope, but that isn't the case with these two daily fantasy sports companies."

So the courts seem prepared to force the hands of the two DFS giants. How they respond will determine how much they truly believe in their businesses and what kind of visionaries they are that can help propel them forward. There's no question that DFS is not going away but do the site owners have the fortitude to see past this bump in the road or would they rather give up? We'll soon find out.