Many of the respected political "predictors" are forecasting a decisive Joe Biden victory on Tuesday night. Can Donald Trump defy the odds again?

If you take a look at the numbers that national pollsters are presenting, you would think that Joe Biden will skate to victory on Tuesday night. In fact, there is one pollster in particular who believes that even if the media and polling organizations miss the mark to the degree that they did in 2016, Biden can still come away with a victory. 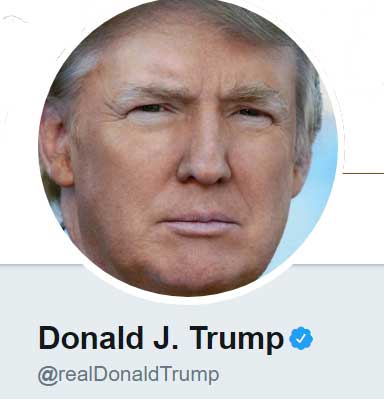 Nate Silver prides himself in being able to predict presidential elections, and he has parlayed that into big business, primarily through his site, FiveThirtyEight. His estimates of the election are that Biden has an 89 in 100 chance of winning, with Donald Trump having a one in 10 chance. That doesn't necessarily line up with the odds, but Silver, who doesn't mind hedging a little, points out that there is still a chance for Trump to win.

Still, his projection is that there is a 159-vote difference in favor of Biden in the Electoral College. And he points out in his latest - and final - presidential election analysis that even if the mainstream polls (some of which are run by left-leaning media organizations) should make as much as a three-point average error, as they did four years ago, Biden would still be able to come away with at least 279 electoral votes.

In other words, Trump's window for victory is rather small.

In the Election 2020 betting odds that have been posted at BetOnline, Biden is the favorite:

Once upon a time, Scott Rasmussen co-founded ESPN with his father Bill. Nowadays, he is in the polling business, and is a rather well-known member of that community.

The data he has gathered indicates a number of things that make Biden a solid choice. He points out, for example, that while Trump was able to overcome a three-point deficit in the national polling in 2016, he is now seven points down, according to Rasmussen (51% to 44%) and that "it is not possible to pull off an Electoral College upset if you're down seven."

Election 2020 betting is happening right now!
Check the odds for your candidate!

Right now his data tells him that Biden is up seven points in Michigan, six points in Wisconsin and six in Pennsylvania - these are all states Trump won from Hillary Clinton four years ago. And they are states he may have to win on Tuesday. Rasmussen also has Biden ahead by four points in Florida and has Trump up by only four points in both Texas and Montana, which suggests to some a most pessimistic picture, to the extent that it brings accuracy issues into question.

At the moment the website Real Clear Politics has 197 electoral votes considered to be "toss-ups." But when you include those states leaning in either direction in a "No Toss-Up Map," Biden holds a 319-219 edge in the voting. Again, there are those skeptical of some of RCP's averages, which have Trump ahead by only 1.2% in Texas and 0.2% in Georgia, two states one would expect to be very solidly in his column.

Will this respected political news source turn out to be right? We'll find out, soon enough.

BetOnline has more wagering options than anybody for this election....... Go state-by-state or take a shot with special props for the presidential election or any number of other national offices........ Than watch the returns with an even greater degree of interest........ Don't forget that with Odds Booster, you can get greatly enhanced payouts for pre-selected parlays....... And open up your account in a lot of ways, including cryptocurrencies like Bitcoin, and pay NO fees!