If the recent sports betting compact between the Seminole Tribe and Florida is given the blessing of the U.S. government, what precedent is being set for sportsbooks and tribes in other states . . . and global operators?

The Florida gambling compact between the Seminole Tribe and the state seems to be heading for a showdown after the U.S. Federal government weighed-in last week on the new sports betting agreement, suggesting that the suit filed in Federal DC court by Bonita Springs Poker Room and Magic City Casino has no merit. In a memorandum sent to the DC court, Rebecca Ross, an attorney for Interior Secretary Deb Haaland, stated that the objection misunderstands the law.

"The State and Tribe are free to denominate where the gaming occurs for state or tribal law purposes, and moreover, IGRA permits the Tribe and the State to allocate jurisdiction and regulatory authority over the gaming activity addressed in the Compact consistent with Federal law, including IGRA," stated Ross.

According to the Federal government, the case was deemed approved and in-line with IGRA rules when the Interior Secretary chose not to block the sports gambling compact in August, 45 days after the compact was originally signed. However, the lawyers for the two complainants, who also received support for their case from DraftKings, said that the Secretary is wrong and that the compact clearly violates the IGRA, along with some other Federal laws. 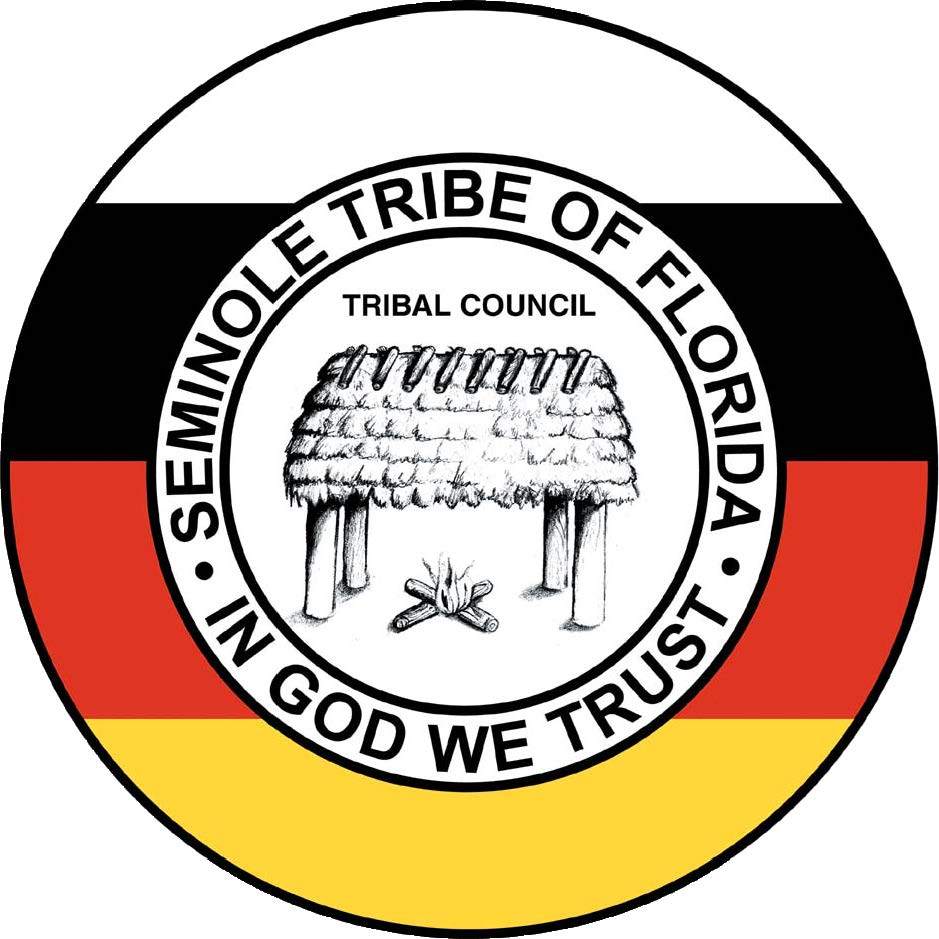 Under the terms of the compact, the Seminole Tribe would be able to take sports bets on their six reservations (which is not contentious), but they can also partner with the pari-mutuel operations to take bets at their facilities, and the compact allows Florida residents to place bets remotely outside of the reserves. According to lawyers for the state and Tribes, all betting will be hosted on Seminole servers, which makes it legal. The Seminole Tribe has even launched a Hard Rock Sportsbook app.

In trying to dismiss the case last month, the state filed an amicus brief to the courts and stated that online-gambling provisions of the compact are legal because "the bets take place on Indian Lands," since the servers are physically located at specific tribal facilities.

If indeed that is the stance that the Federal government and state of Florida are going to take when presenting arguments to the DC court, then it could be problematic.

What is the location of Internet bets?

For over 20 years now, the contention of the government, both under Democrat and Republican leadership, is that the location of the bet is where it is placed, not where it is received. In March 1998, Janet Reno, the Attorney General under Bill Clinton, charged 22 gambling operators for Internet betting. All those charged were operating in Caribbean and Central American countries, where the laws of those countries stated that the activities were legal, since the bets were being received outside of the United States. In issuing the arrest warrants Reno said:

"The Internet is not an electronic sanctuary for illegal betting. It's a federal crime to use the Internet to conduct betting operations. You can't hide online and you can't hide offshore."

The majority of those charged either turned themselves in and were given a large fine, or they stayed offshore and said they would never step foot again in the United States, so the charges were irrelevant.

One site, however, World Sports Exchange, decided to challenge the ruling. Owners Jay Cohen, Haden Ware and Steve Schillinger were named in the arrest warrant. Schillinger and Ware stayed in Antigua to continue operating the online gambling business, while Jay Cohen returned to the United States to fight the charges. The arguments Cohen's lawyers made were simple – the Internet is borderless, and the bet takes place where it is accepted, and since the servers are not in the U.S., then the bet does not take place in the U.S. And while the jury was apparently quite sympathetic to the opinion presented, the judge instructed the jury to disregard the arguments. He said according to the statutes of the Wire Act, a bet takes place where they originate and not where they are received, and the method of communication is irrelevant. So, if someone phones in a bet to a bookie then the bet takes place where the phone call is made, not at the bookie’s office. Cohen was sentenced to 21 months in federal prison. At the time of the sentencing the new Attorney General Mary Jo White said in a press release:

People who decide to operate a sports betting business from foreign shores that takes sports bets from Americans should understand that they cannot escape the consequences of their actions by locating their sports books outside the U.S.

An Internet communication is no different than a telephone call for purposes of liability under the Wire Wager Act. The law criminalizes taking bets from Americans using interstate and international phone lines, whether those phone lines are connected to regular telephones or to personal computers linked to the Internet."

Cohen’s lawyers unsuccessfully appealed the decision, but also chose a new option – asking the country of Antigua to take the U.S. government to the WTO courts and argue that under a GATS agreement (General Agreement on Trade in Services) both countries signed, the U.S. were obligated to allow betting between the countries to take place. The U.S. did not argue that they signed the agreement, but said it was signed in error since "remote gambling goes against the morals of the country." It was an interesting argument, but the lawyer for Antigua pointed out that the U.S. already allows remote gambling in horse racing, so the morals argument holds no water. 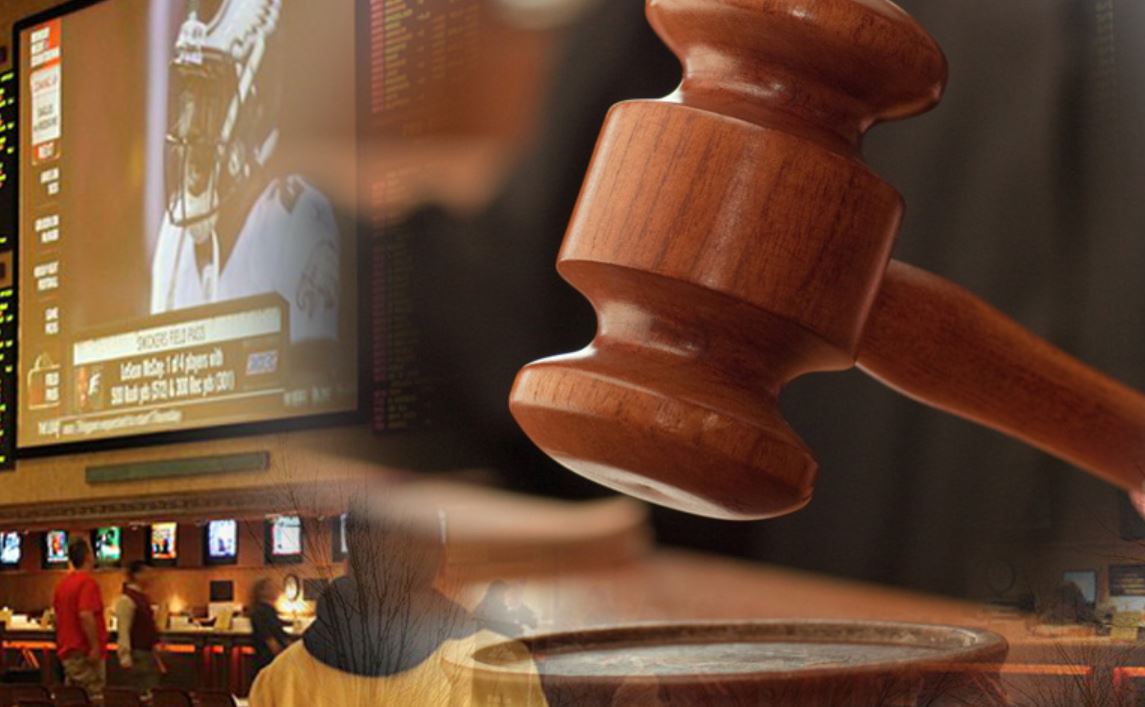 The U.S. disagreed with Antigua's lawyer without providing a valid reason why it was without merit and simply chose to ignore the WTO the ruling. The WTO sided with Antigua and offered them $21 million per year in compensation which they said could be used by violating copyright and intellectual property agreements (i.e. they could produce their own copies of copyrighted software, music etc.). Antigua considered it, but decided the political fallout would be too great, so they instead told the U.S. to simply compensate them for what was owed. The response of the U.S. to that demand, to quote an old Monty Python line was, “I fart in your general direction.” To this date no money has ever been paid to Antigua.

If the amicus brief submitted by the Feds in the current struggle for sports betting in Florida states that the bets are legal because the servers are physically located on Indian lands, then they can no longer hold to their statement that remote gambling is immoral and they also have no justification to continue trying to arrest American operators working offshore. If native lands are sovereign and their rules supersede federal rules then countries like Antigua, Costa Rica and Curacao are sovereign as well. Courts use precedents to rule on current cases and there is no question that the lawyers for Bonita Springs and Magic City will point to the Jay Cohen case as proof that the compact is illegal, because if bets taken by servers in Antigua are illegal by being placed within the continental U.S., then bets placed on servers on Indian lands are similarly illegal, if bets are placed outside the native lands. Likely the government will say it is different, because native lands are still within U.S. borders, and the agreement between the state and the Tribes makes it legal. But then they would be saying that Tribal lands are sovereign and also not sovereign, which of course will lead to bigger issues and one that all Tribes throughout the United States will almost certainly reject.

So, what is the option? The answer may simply be to admit that times have changed and an opinion from 2000 no longer applies today. The Internet was in its infancy then, wasn’t well understood and smartphones didn’t exist. So, looking at today’s reality, where 90% of all commerce is done online, it just has to be accepted that commerce takes place in multiple jurisdictions simultaneously.

For all of this to really work in Florida, an amendment to the Wire Act (which Cohen was charged with violating) needs to be made or the government should repeal the 1961 law, which seems like an awfully long shot. If the U.S. chooses that option, then it alleviates concerns about the limitations of the IGRA, it puts to rest the argument of where a bet takes place and most of all, it provides legal betting companies in the United States, and maybe around the globe, more options for taking wagers, which will benefit everyone.