Big headlines honored "professional gambler” James Holzhauer, who this week ended his historic run on the popular game show Jeopardy. Much publicity was given to what he attributed his skills . . . maybe too much.

With the policies in most new U.S. sportsbooks, it may not be the best idea to announce you are a professional gambler

James Holzhauer will be long remembered for being second to reigning Jeopardy champion Ken Jennings for his memorable run this year on the popular television game show. However, if the category within was Most Popular Jeopardy Contestant Professions, no one would ever buzz in to answer, "What is a Professional Gambler".

Over the years we've seen many teachers, attorneys, scientists, doctors and now one very smart librarian become Jeopardy champions. But never a professional gambler, especially one combining brains and betting skills to such advantage. 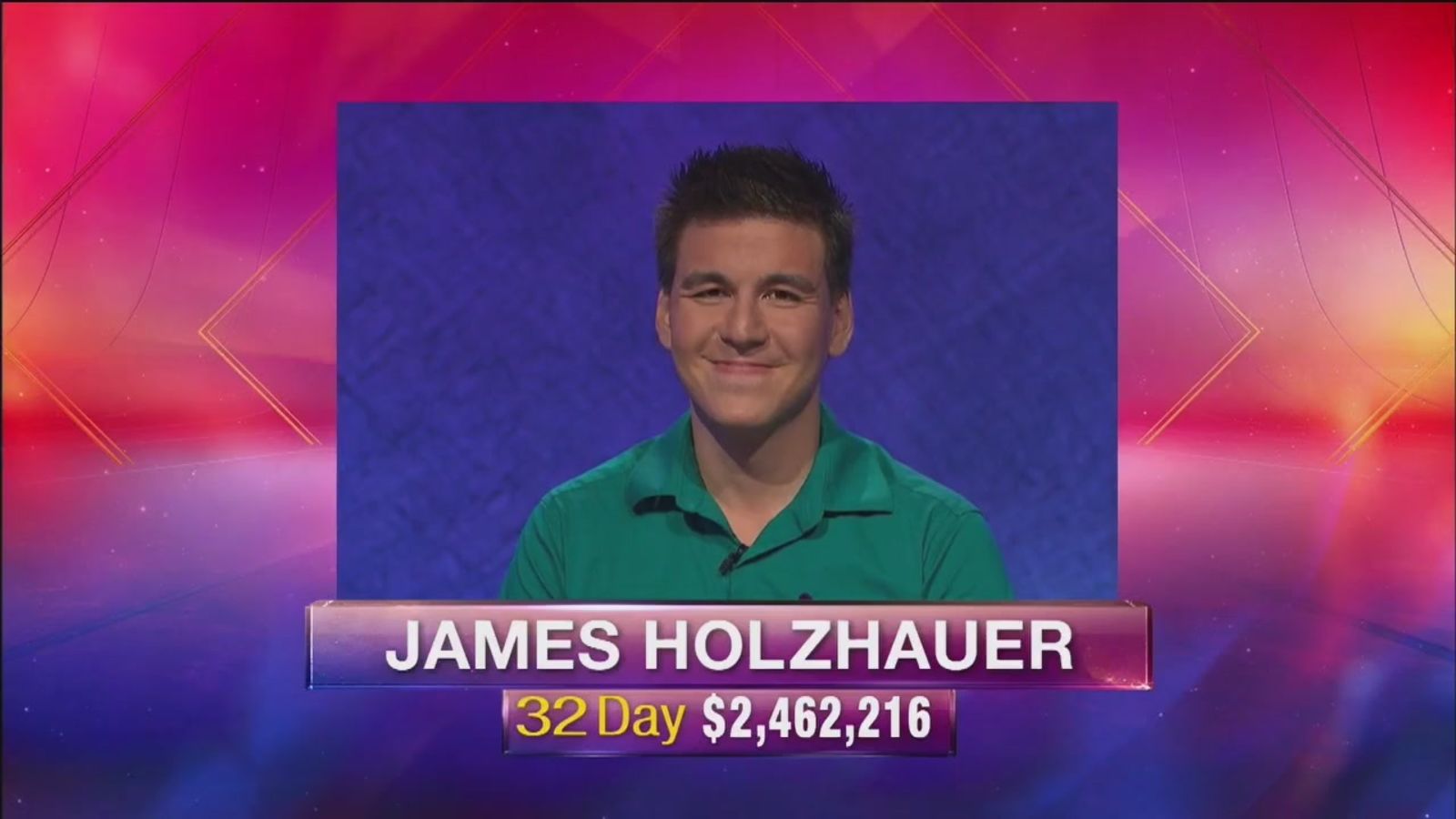 In fact, Holzhauer went as far as to boast that his experience as a professional bettor was the most significant asset helping him achieve his success. A factor often in his winning Jeopardy strategy. Given the huge audience and ratings the program receives, we might think this is all positive. A possible endorsement for other clever young men to pursue a career as professional gamblers. Then again, as we all know, "hold all tickets, upon further review, etc.".

Unfortunately, in those daily twenty second on-air interviews with legendary Jeopardy host Alex Trebek, Holzhauer didn't have opportunity getting into the thousands of hours necessary to succeed as a professional gambler. The obscene discipline it takes, the physical toll and most important, the inherent financial savvy.  It just ain't James Bond wandering off the baccarat table in five minutes with a fortune and onto bedding a beautiful girl.

In fact, the recent reversal of PASPA in the U.S., making way for growing legalization has only made it much that tougher for anyone to pursue life as a professional bettor. Add on the invasion of very sophisticated and experienced European companies into the game, along with very strict rules AGAINST anyone plying their skill as a professional to beat the house, has made it extremely challenging.

Now the hottest trend for most people to consider pursuing is a life as sports wagering professional. Currently five states are up and running in the U.S. with legalized sportsbooks either onsite, online or both. As many as 29 other states have bills under consideration with likely three to five coming on board to begin operation before the end of 2019.

Not all to be forgotten is that offshore wagering involving sports betting has been omnipresent for more than twenty years. The list of preferred sportsbooks has become more mainstream and accepted over the years, giving potential professional gamblers at least the choice to shop advantageous lines and make wiser decisions. Overall, it would seem that this would be the greatest time to quit the day job and begin making VegasInsider, Statfox, Covers, etc. part of their daily web viewing routine.

What Are We?  A Self-Evaluation Test

Before you call the boss to give him the bad news, it might be wise to take an honest self-evaluation test to see where you fall in your gambling behavior pattern.

According to the industry research firm Eilers & Krejcik Gaming, sports gamblers fall into seven different categories: casual dabblers, status seekers, super fans, action chasers, would-be pros, high rollers, and sharps. These personae exist on a spectrum, where some of them develop into others as they climb the ladder from casual dabblers to the vaunted sharps - the players who can beat the house edge on a regular basis.

Although no official massive sample size survey exists, I’m willing to bet that at least 75% or more fall into the casual dabblers category. And maybe 1% into the vaunted sharps, those that can achieve a consistent high win percentage or know the correct betting weight to obtain a good living as a professional. Possibly that’s where Jeopardy winner Holzhauer currently fits in or certainly aims to be.

For all gamblers, especially aspiring professionals, the rapid expansion of some of these European companies in the American market is important. The European model of bookmaking is seen by many as hostile to winning players. During a panel at this year’s MIT Sloan Sports Analytics conference, entitled "Skin in the Game: Sports Gambling’s Emergence in the U.S.", moderator Jeff Ma challenged one of the panelists, Sharon Otterman from the U.K.-based bookmaker William Hill, over its perceived practice of aggressively limiting and banning winning players. Otterman defended her company by saying, "We have a business. We’re not a not-for-profit."

William Hill has also been criticized by taking the lead creating a very silent list of large stake professional gamblers that are either not welcome or being flagged for potential exclusion. Other casino organizations are following that model by keeping a close eye on anyone who shows a consistent pattern of beating them.

DraftKings had been rumored to be halting play on certain bettors in New Jersey during football season wagering only $100-$500 on games. Therefore, it you want to earn VIP status and free rooms, don’t be screaming too loud about great luck on back-door covers or how smart you are on NFL Sundays. Just kidding.

On the other end of the professional label are those who are more popularly known as "degenerate gamblers".  As if those two words were made for each other on another great TV show, Match Game.

A great example belonged to this week’s other headline story involving gambler’s behavior. Addison Choi, a 23-year-old ex-college-soccer player from Fullerton, California was described in all AP headlines as a degenerate gambler. He was charged in Massachusetts federal court on one count of transmitting a threat to injure a person, after he sent death threats to at least 45 professional and college athletes. He agreed to plead guilty, and he faces a recommended sentence of 21 to 27 months in prison.

According to court document, when losses piled up, he borrowed money from friends and family to gamble more. When he lost, he’d rage out, and he’d post some truly heinous threats with burner Instagram accounts that targeted the athletes he had bet on - and, on some occasions, those players' loved ones.

I would assume Choi considered himself a professional gambler, but his violent and illegal behavior labeled him as a degenerate gambler.  Truly, the main difference is that he LOST money, motivating him to perform wrong and ruthless acts.  However, the casinos and wagering sources had absolutely no problem accepting his wagers until that time occurred.

As a "professional gambler" it appears to be the opposite. You are quite welcome to wager if you display behavior within the confines of the law and show respect for others. That is until you start displaying consistent signs of WINNING too much. Then you are flagged, shut out and asked to potentially leave.

Therefore, if you are considering a long career as a successful professional gambler, it might not be best to become a Jeopardy champion.  Just sayin’.