Many smaller casinos set to open in Ontario today, but resort casinos are on hold

Ontario casinos are re-opening today, despite strict rules in place that will make it tough to profit.

Great Canadian Gaming announced that they will reopen all 11 Ontario casinos today.

Around mid-July, when Ontario started seeing the number of new COVID-19 cases decrease, the province announced that regions could move to Stage 3, which pretty much reopened all businesses including hair salons, spas, gyms, in-restaurant dining and casinos. Casinos were one of the first businesses to close in March due to the near impossibility of enforcing social distancing and maintaining strict disinfecting, but it has also been one of the last to reopen. It was thus welcome news to many in the hospitality industry that Ontario was willing to let casinos reopen their facilities, but any satisfaction quickly dissipated when the restrictions and rules were announced. 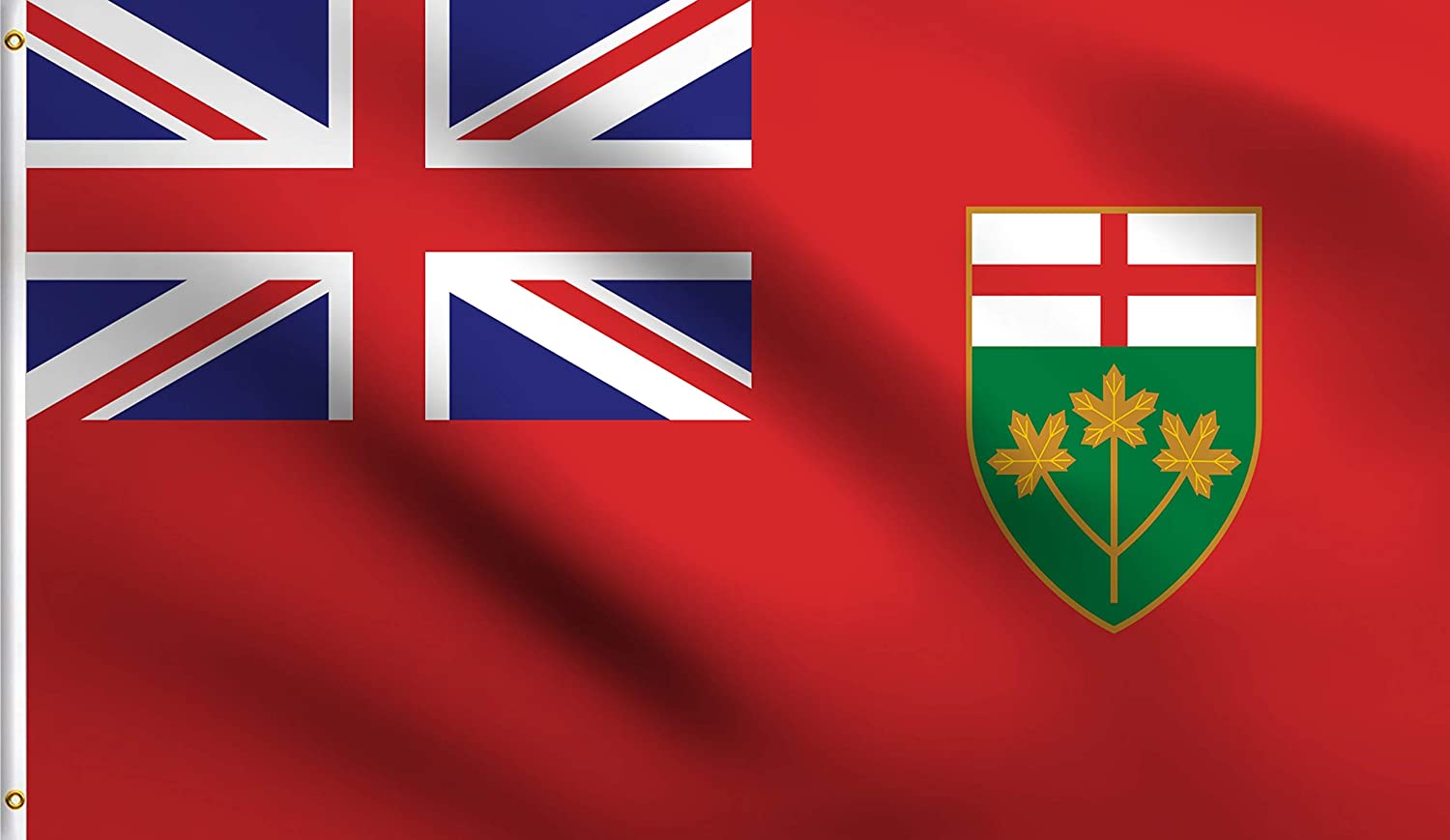 The rules released by the province were that table games could not be played, masks were mandatory, strict disinfecting measures were in place and most restrictive, there was a 50-person limit inside the casino. With that announcement, all the resort casinos said they had no plans to operate with only 50 people in attendance and needed more time to consider their options, while the majority of small casinos indicated they would reopen at some point, but needed to redesign the casinos and put in place specific rules that the province would agree to.

Ontario has 29 casinos, many of which are connected to horse racing tracks, although three cities have resort casinos which can accommodate thousands of patrons at a time. These resort casinos include Caesars Windsor, Casino Niagara and Fallsview Resort Casino in Niagara Falls, and Casino Rama which is located about 90 minutes north of Toronto just outside of Orillia, Ontario. In Canada as a whole there are 106 casinos, including 17 in British Columbia, 26 in Alberta, 9 in Saskatchewan, 10 in Quebec, three in Manitoba, one in Prince Edward Island, two in Nova Scotia and one in the Yukon Territories. Saskatchewan and Quebec reopened their casinos earlier this year and Alberta opened the smaller casinos, but has kept the larger resort casinos closed. In fact, the only larger casino to reopen in Canada is the casino in Montreal, Quebec.

Unlike Ontario, the Quebec government did not institute a 50-person limit and thus Casino de Montreal opened six sections of the casino, each which accommodates up to 250 people. Quebec is also the only province which is allowing card games, albeit only games where patrons do not touch the cards, such as open face blackjack and with plexiglass put up to separate the bettors from the dealers. Most casinos have restaurants open, but no beverage stations or staff taking drink orders. Masks are required in all casinos across Canada where municipal guidelines mandate masks be worn indoors (which is the vast majority of cities), but guests are asked to pull down their masks when entering for ID purposes.

Great Canadian Gaming, which operates 11 casinos in Ontario, 10 in British Columbia, both of the casinos in Nova Scotia and one in New Brunswick announced that they will reopen all 11 Ontario casinos today, adhering to the provincial guidelines and they will also reopen the New Brunswick casino with 25% occupancy. The company is also working with the Nova Scotia government to reopen the casinos there. It should be noted that because COVID-19 cases in the Maritime provinces have been far less than the rest of Canada, the local health officials there have not been as stringent on rules. Consequently, it is quite conceivable that table games will be allowed in New Brunswick and Nova Scotia. Great Canadian Gaming also built a new resort casino in Pickering, Ontario, a suburb just to the east of Toronto, which was set to open in April of 2020. Obviously, that was put off and there doesn't seem to be any plans to open that casino any time soon.

Rules make it tough to profit

Rod Baker, the CEO of Great Canadian Gaming, does not believe the openings in Ontario will be profitable under the 50-person limit:

"The reductions will be especially significant for our Ontario properties where, due to the 50 guest maximum restriction, we expect no material financial benefit to the company from our 11 Ontario locations," Baker said in a news release. 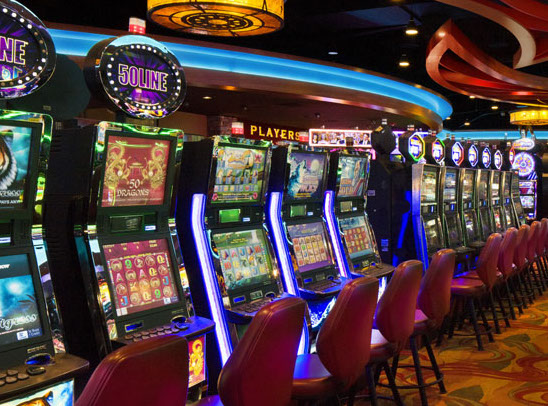 As for the three resort casinos, Caesars Windsor said it could not operate with the 50 person limit and has pushed the government to consider a plan similar to the one in Montreal where several sections of the casino are opened up with 50 people allowed in each section. The government, however, has balked at the suggestion and is sticking to the 50-person total requirement.

In response Caesars Windsor has said it will not reopen the casino in any meaningful way, but will open to select rewards customers on October 8th with 50 people in attendance at a time. There will also be no table games, food, drinks or amenities open. Although no specifics were given by Casino Windsor it is believed that this is an invitation to the hotel’s slot machine high rollers in an effort to keep them happy and also to prove to the province that they can open with larger limits without incidence.

Casino Rama and the Niagara Falls casinos have given no definite plans, although they are currently looking at all health and safety measures to determine what can be done and there is speculation that they may follow Casino Windsor’s lead. It should be noted as well that the Canadian-American borders remain closed until at least late October and likely will stay closed for the remainder of the year, so the casino hotels also aren’t operating for lack of business sense.

Ironically, the Seneca casinos in Niagara Falls, New York and Buffalo reopened with 1/3 capacity, no alcohol, no food, no smoking and no entertainment and by all accounts the number of patrons returning to those two casinos has been very low. And many of the casino officials attribute that lack of interest to the border closures, since Canadians make up a large portion of their revenue, as smoking and free alcoholic drinks is offered in New York State, but is illegal in Ontario.

Paul Burns, the President and CEO of the Canadian Gaming Association welcomed the relaunch of the casinos even with the limits.

“We welcome the safe reopening of Ontario casinos, with a capacity of 50 people, only a limited number of the nearly 17,000 employees will return to work, (but) the industry continues to work with the Ontario government to find a capacity level that will be economically viable for casinos to operator under.”

Burns also noted, however, that other places have been able to operate safely so the concerns may be overblown.

“Casinos and gaming facilities in many jurisdictions have been operating for several weeks, safely welcoming thousands of guest over that time with no reported incidents due to the robust health and safety measures the gaming industry has implemented to protect employees and guests.”

I spoke to another gaming analyst in Toronto who claimed that the limits are both idiotic and hypocritical.

“I understand the concerns by Ford (the Ontario Premiere), but COVID is not going to spread because of a few people in casinos. The virus has been held in check in all of Canada for the most part and the spread today is being transmitted because of parties and social gatherings without masks and physical distancing. There is absolutely no reason a place like Fallsview couldn’t have 500 people in the casino and maintain that distancing. I realize in the United States every other machine is turned off to create some distancing, but Fallsview, which has 3,000 slots could turn off every 6th machine, meaning it is all spread out and host a realistic number of patrons. Temperature checks, masks with strict enforcement and constant sanitizing will stop the spread. Casinos in Western Canada have opened with even less strict rules and to my knowledge there have been no COVID cases associated with their openings. I understand caution, but the rules have to make some business sense.”

Not everyone, however, is as forgiving and many Ontario groups are demanding that the casinos stay closed indefinitely considering a second wave that is taking place in the province. When the Stage 3 announcement was made by the province, there were less than 200 new cases for several consecutive days and for some time the number of new cases in Ontario was less than 100. Since September 10th, however, there have been over 200 cases each day and yesterday the province reported almost 500 new cases, nearing the highs of March and April. The transmission rate per infected person (Rt) has also been over 1.0 every day for over a month, which indicates the numbers will not come down any time soon. Unlike early in the pandemic, however, there have been few deaths associated with the new cases.

Ontario has had just over 2,800 deaths attributed to COVID-19 throughout the pandemic, but most of those deaths occurred early on, especially to those over 60 years of age. Long term care homes were particularly hit hard. Since July 1, however, there have only been 156 deaths and throughout the month of September there have been less than 20 deaths. The low death rates have been attributed by health officials to the fact that younger people now make up the majority of new cases and the mandatory use of masks indoors which has led to lower viral loads for those who do get the virus. In light of the new figures, the province has decreased limits on social gatherings to 25 outdoors and 10 indoors, but most businesses including casinos are exempt. Currently, there is no indication the government is prepared to take a step backwards to Stage 2.

"Whether the casino industry wants to admit or not, this is a very high risk and non-essential industry and the risk isn’t worth the reward," one writer tweeted.

Others also point to the fact that Ontarians can still wager on casino games legally online as a reason there is no need to rush to open land-based casinos and Ontario Lottery and Gaming has reported a huge number of new signups and interest since the pandemic started.

So, some Ontario casinos are going to reopen, but the larger Ontario casinos will remain closed. The question that remains is whether this is the right move considering a possible second wave and whether it makes any business sense to try and cater to 50 people at a time. Within a short time, we will know the answer.