Most gambling companies attempt to lessen the blow from COVID-19

Many gambling companies are putting employees ahead of profits during the coronavirus crisis.

Gambling companies around the globe come to the aid of employees

Just when it appeared things were starting to turn around for land-based casinos in Nevada, New Jersey and Macau, things were turned upside down thanks to the novel coronavirus. All casinos in Macau were forced to shut down for almost a month as the Chinese special administrative area came up with a plan to clean the areas and create policies for dealing with any spread of the virus. Throughout the United States and Canada casinos were forced to close in an effort to enforce physical distancing and also because casinos were not deemed to be an essential service. And in Europe and Australia casinos and betting shops had to close their doors as they were deemed non-essential. Yet despite it quickly becoming evident that these companies were going to lose a lot of money and their share prices would tumble as a result of the shutdown, most of the casinos decided to show that compassion was still paramount to their business. The government of Macau ordered all employees at the casinos be paid while they were not operating and in the United States some casinos and other gambling companies went over and above that. The following is a list of the top companies and what they did for employees and those with the most need.

At the top of the list of compassion was MGM. Just before closing its doors MGM agreed to pay all employees two weeks pay and extended health benefits until late June, at which point the company clearly hopes COVID-19 will be under control and they can reopen their doors. MGM wasn’t the only company to make that gesture, but realizing that only full time employees could get full benefits, which of course is essential in the current climate, MGM made all part time and seasonal staff full time to ensure they could take advantage of the benefits package. Furthermore, earlier this week, MGM’s new CEO Bill Hornbuckle announced that MGM was promising a $1 million Emergency Grant Fund to help any employees who are experiencing economic hardship due to COVID-19 to ensure that they could still feed their families and make rent or mortgage payments.

Jim Murren, the outgoing CEO of MGM apparently put the ball in motion as an outgoing gesture, although he is still being vilified by some in the industry for selling over $22 million of MGM stock in February, just before the stock price fell 73%. Some speculate that Murren’s move was made in anticipation of the Macau shutdown, although others report that he had already planned to leave MGM and like most outgoing CEOs, was simply divesting himself of a company he knew he would no longer be a part of. Murren is also getting a $32 million settlement to leave the company on good terms. Regardless of whether one believes Murren’s sale of MGM stock was proper or whether one believes his golden handshake was too high, the company has to be commended for thinking about the welfare of all employees and changing the status of part time staff to full time. By doing so, all staff will be able to apply for unemployment insurance benefits through the government in the future if the company can no longer continue to pay staff. It’s no wonder that MGM was listed as #18 in Forbes’ top 100 companies to work for in 2019.

The second company to be commended is the Las Vegas Sands. While few in the industry are fans of Sheldon Adelson, due to his fervent attempt to block online gambling (something he may now be regretting), the company went over and above when it came to dealing with employees. Las Vegas Sands agreed to pay all employees, including flex and hourly workers, for their salary for at least 30 days starting two weeks ago when the Palazzo and Venetian closed its doors. The calculation for them was based on the average amount of time worked and was to a minimum of 32 hours per week. As well, rumors are that the company will extend the offer, since they will not be able to open in the 30 days the lockdown was originally expected to take. In making this move the Las Vegas Sands, along with MGM and Wynn, indicated that they learned their lessons from the time the timeout period for the casinos in Macau. It should be noted that The Las Vegas Sands is in the best financial position to weather the storm and they do not have an online gambling presence in any of the jurisdictions they operate.

The third company to be commended is Wynn. Like The Las Vegas Sands, Wynn agreed to pay employees for thirty days, including hourly and tipped employees, and extend health benefits for all employees until June. Matt Maddox, the CEO of Wynn indicated that they were making this move because they didn’t want to lose experienced employees and retraining would cost more in the long run:

"I can’t imagine going out (to) rehire and retrain 13,000 people. I’d rather keep the knowledge and experience that we have now in the service standards," Maddox told CNBC in an interview.

Most workers at Wynn have commended the company for their excellent working conditions and, despite the sexual misconduct allegations against Steve Wynn himself, almost all employees at the Wynn and Encore casinos have told me that they love going to work there.

All gambling companies are not on board

Not all casinos in Nevada, however, have followed the directions of the aforementioned companies. 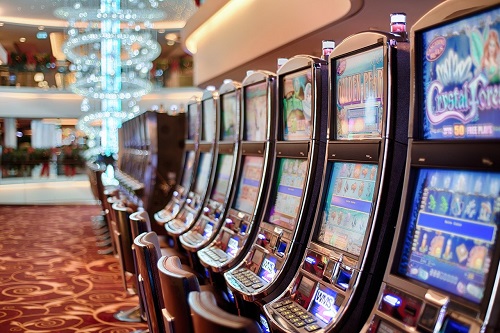 Caesars and Penn Gaming began laying off employees almost immediately after they were forced to close their doors and there is no indication any of the employees were given any subsequent pay or extended health benefits. Caesars said it was going to pay all employees any back pay owed to them, but no future salaries were forthcoming. And Caesars couldn’t guarantee any of the employees that they would be hired back once the COVID-19 crisis is over. And as for Penn Gaming they indicated employees would be paid what they were owed but that almost all 26,000 employees of the company across the United States would be laid off and there was no certainty of what would be done in the future. The company also completed the sale of the Tropicana hotel to Gaming & Leisure properties for $337.5 million in rent credits as the crisis was developing. It appears they will be taking a similar approach to what MGM did with Bellagio and will simply lease back the property once the casino is allowed to reopen.

But it’s not just MGM, Las Vegas Sands and Wynn that made decisions to help their workforce. William Hill U.S. set up a foundation to help the 600 employees of the company avoid financial hardship and Joe Asher, the CEO of the company donated his entire salary for the year to the foundation and encouraged other executives in the company to do the same. And by all accounts William Hill U.S. company executives have come forth in droves to contribute. As well, for customers who won bets and want to collect their winnings, William Hill said that they could simply request payment and a check would be waiting for them at the curbside and would be delivered in a way to guarantee physical distancing. Unfortunately wire payments in the state of Nevada are not allowed.

As for the rest of the world, Bet365 told all 4,600 employees of the company that they would receive full salaries until August. In a statement to a UK newspaper, a Bet365 spokesman said:

"In times of uncertainty it was essential that we reassured our people of the commitment we have to them and the wider community. They've been instrumental in our success and will continue to be so throughout these troubling times and beyond, when normality will inevitably be restored."

Health benefits were never a consideration for the UK workers, or for any companies located in Europe for that matter, since all countries have a National Healthcare system which is offered at no cost (other than as part of taxes) to citizens.

As for the other UK companies, William Hill, Ladbrokes-Coral and Flutter Entertainment (owners of Paddy Power, Betfair and FanDuel) did not say what their plans are to help employees, although both said they were cancelling any cash dividends in 2020 to ensure the liquidity of the company and the welfare of customers and employees. And Stars Group indicated that the people currently wagering at PokerStars has increased dramatically as a result of self-isolation, even if sports betting is way down, so they are not in trouble. There is an indication that those companies were hoping the relief package to affected industries would cover their employees, but to date the gambling industry has been excluded from the package. I have been told anonymously by one manager at a UK based company that "the employees will not go hungry if the government refuses to help."

All the UK companies offer casinos, games and poker which they hope will help sustain them somewhat until the covid-19 crisis is over. And make no mistake, gamblers are indeed wagering on these products. The stock price of online gambling providers like Playtech, Scientific Games and even IGT have skyrocketed in the last two weeks as gamblers look for opportunities to wager and kill time in self isolation.

Unfortunately, there is no indication what the offshore gambling industry is doing for their employees, although one consultant for a Caribbean based company told me that he was paid one month salary and would be allowed to continue his work once the COVID-19 situation ends.

So, the coronavirus has been a great hardship to everyone in the industry, including gambling companies, employees, consultants and even bettors. But the efforts being made by many in the industry to ensure that those hit hardest will not feel the full blow is both heartwarming and encouraging. Many in the gambling industry consider all who are a part of it to be a family and like real families they try to take care of each other whenever possible.