Reading Into What the Line Tells You

Interpreting the wagering line often gives clues to deciding on which team to bet.

As we know when the Packers are favored by six points over the Vikings that does not mean they are six points better or likely to beat Minnesota by six points in any statistical analysis. And no, it is not based on any computer model designed to scientifically forecast a logistical reasoning measurable to any life insurance or health insurance program.

Whether in Las Vegas (aka the Vegas line), Costa Rica, Antigua, New Jersey or Europe, a consensus panel of experts immediate establish lines for sporting events with one purpose in mind: the goal of equal side wagering to insure no potential loss for the house.

Of course, this is unrealistic in nature, in that often the house does get beat on certain occasions. But overall over thousands of games, no smartly run casino sports book venture reports negative income. It's when sports books take too many unwise chances (like sports bettors) that business suffers.

Therefore, it is a talent itself in not just selecting games, but having the skill to read the lines to notice the inner clues in what the sports books are presenting. In essence "what the line or lines are telling you".

Like reading people, the lines often indicate trends to pursue or avoid when selecting a game. Reading into the lines is versatile as it can work in different sports whether in baseball or basketball. It's especially effective handicapping NFL and NCAA football. And often even more noticeable, involving the Over/Under totals, now becoming more popular with bettors.

The Language of the Lines

Involving sports wagering lines, it's often similar. Some lines just don't look right or accurate to us when they're on the board. Trust me, they are. Don't think you've somehow observed some tremendous oversight by oddsmakers. Several factors have gone into their thinking, again to promote the best opportunity for even side wagering.

The better path is to research the information available on popular sports wagering websites like StatFox.com or VegasInsider.com. Both offer multitudes of information pertaining to the wagering history of each game.

Probably the best "red light" to watch for is the very opening action and last possible closing action on games.  Early action indicates a possible miscue on the bookmaker's attempt to estimate even wagering. Not necessarily a mistake, but a correction adjusting to the public's interest. On average, once that early adjustment occurs, it remains that way within a half point to possibly a full point until the last half hour before kickoff, tip-off, etc.

The last second action is truly crunch time, where a flow of 'smart money' often occurs. It is frustrating for bookmakers, as they don't have the time to make a full adjustment negating a potential loss. For the smart handicapper, a great advantage to be a member of SEVERAL preferred sportsbooks.  A best bet opportunity seizing a chance via a quick tap of a computer keystroke.

Just last weekend offered a few excellent examples of two games crying out for attention in what their lines were telling you.

Bettors were astonished to see the featured NCAA Championship Playoff showdown in the Peach Bowl between LSU and Oklahoma open to a Totals number of 74. Many top sportsbooks including 5Dimes, WagerWeb and BetOnline seemingly couldn't put digits high enough at game time to 76. Bovada, which caters to  mostly recreational bettors, had it posted at 76.5.  Certainly, either a pass or near-impossible figure for punters to pursue. Did anyone dream they were going to cash in on a 24-17 defensive struggle?

The intimidating number didn't phase anyone, including LSU and Oklahoma as the score was 56-21 before the 3rd quarter was completed. Some bored bettors were using the 4th quarter for in-game wagering while waiting to cash their easy money.

Sunday in the NFL offered the opposite end of the dial for O/U bettors.  Why was the New York Jets-Buffalo Bills total posted at the day’s low of 37?

A week earlier these two teams would undoubtedly have matched up in either Buffalo or New York (The Meadowlands in New Jersey) for at least 41 to 42. The big asterisk here was motivation as neither team had any. The Bills had neither any playoff opportunity advantage to seek nor any real drafting order risk. Although the Jets could use a confidence win, their season was long finished, and only minor potential drafting order was involved.

Again, the O/U line was driven down to as low as 36.5 by watchful bettors at most preferred sportsbooks.  Anxiety was dissipated by halftime as the Bills and Jets all but fell asleep at 3-0. A very wise Under play was rewarded with a very forgettable 13-6 win for the happy Jets. The Bills were preparing for this week's playoff game against the Houston Texans and thankful none of their players were injured. Meanwhile, that O/U number of 37 was never challenged by simply reading into what the line was telling you. 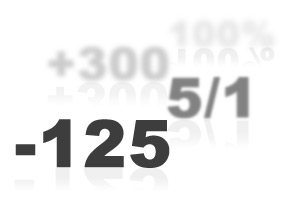 Reading into certain lines is an acquired and experienced talent, that is hardly infallible. Like any gambling opportunity, there is no 100% certainty of success. It is simply a tool to take advantage of through hard work, utilizing the best sources we have online.

Think of it this way. A very pretty girl eyes you in a bar. That often can be an encouraging sign she is very interested and a high percentage chance you might want to pursue. It doesn't always guarantee instant success and sometimes can be a trap that should be avoided. Proceed cautiously and make your decision based upon sound factors evaluating value.

I painfully remember playing the red-hot Oilers -2.5 with Hall of Fame QB Warren Moon against Buffalo Bills back-up QB Frank Reich (now head coach of the Indianapolis Colts). I laughed at what the suspicious low under -3 line was telling everybody else as the Oilers raced to a 35-3 lead in the 3rd quarter. I was counting the money. We all remember Reich leading the Bills back to a 41-38 win on their way to one of their Super Bowl appearances in the 90’s.

Yeah, if it looks too good to be true, it probably is. Here's one place to take advantage of that timeless wisdom.