Arizona Cardinals defensive back Josh Shaw got caught betting on NFL games and his career is most likely over, but the real story is how the NFL is 'handling' this gambling incident.

Arizona Cardinals reserve defensive back Josh Shaw was suspended on Nov. 29 for wagering on league games on multiple occasions this year, according to a recent NFL investigation. But unlike many similar newsworthy investigations, this one seems buried in suspicion and curiously lacks many key details the public would be interested in learning.

Shaw, who has been on injured reserved since August and has not played this season, is appealing the suspension. This violation is the first test for the NFL involving the recent legalization posture of sports betting in the U.S. And probably the most significant incident publicity-wise since heralded quarterback Art Schlicter back in 1983. Schlicter was banished from the league for his compulsive gambling habits & NFL betting, but later served time in prison for money laundering offenses, which ruined what might have been a very promising career.

Also remember that Shaw has been in trouble before with the law and the NFL for claiming he broke his ankle jumping from a balcony to save his 7-year old nephew in a fire  It was later learned he was fleeing police after a fight with his girlfriend.

On Sunday, Nov. 10, Shaw placed as a low four-figure wager on a three-team parlay featuring the second-half results of three NFL Week 10 games. It was an in-person bet made over the counter at a Vegas sportsbook operated by Caesars Entertainment. They haven't identified which sportsbook. He took the Tampa Bay Buccaneers in the second half against the Arizona Cardinals. That is the most serious offense, as they are Shaw's team. The other two legs of the parlay have not been revealed yet. He subsequently lost as the Bucs failed to cover their part of the parlay.

The good news for Shaw is a parlay bet is not considered a wager associated with point shaving or any attempt to fix a game. However, placing a wager on any NFL game is strictly against NFL policy dictated in their player agreement. They can wager on any other sports.  According to NFL sources, no teammates or coaches were aware of his wagering activities.

How Shaw got caught is mind-boggling. Supposedly, he openly signed up for a Caesars reward card in Las Vegas and listed "professional football player" in the application. All bets were made in-person with many people visible to his actions.

Shaw is appealing the suspension, but with so much verifiable evidence it's doubtful that his suspension (which runs through the 2020 season) will be lifted. Also consider his market value, lack of playing time, competition, etc.

NFL commissioner Roger Goodell put out a memo shortly after the May 2018 PASPA decision reversing sports wagering legalization in the U.S., warning players, coaches and team personnel about NFL wagering policies.  Therefore, he has no relative legal grounds for much hope.

What We DON’T Know

The most curious aspect of this case is the buzz within the public of what we don't know about potential inside wagering activity. Or should I say "who" we don't know might be much more cleverly disguising their betting than Shaw. To think that he was or is the only player, coach or league official currently wagering on games is absurd. We are just wondering if anyone out there is tossing in bed this evening with a big 'uh-oh' on their minds? 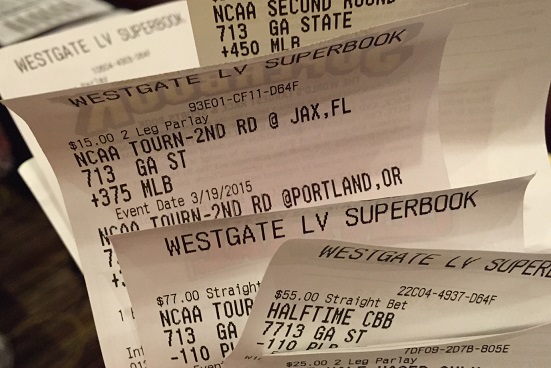 Then again, this is the last news the NFL would like to again penetrate headlines and office-talk discussion.  It's already become popular fodder for many suspicious of referees wagering on games since the controversial new pass interference calls. Any bettor angrily losing a back-door cover or seeing a game go over the total thinks somebody is in on a fix sealing their fate.

We also don't know (as yet) or may never know if that account at Caesars was the sole source of Shaw's sports betting. Perhaps he had other offshore wagering account(s) before this season and the Supreme Court reversal? That is something the NFL likely would not want to make public, nor glamorize as a potential opportunity to better secure hidden identity information.

Say, if Shaw was wagering at one of the top offshore sportsbooks, would this information be known and possibly saved his NFL career? Or more so, are there smarter NFL associates utilizing this much longer available source to hide their identity? Not to make a judgement here, but if you were going to cheat on your wife, would you sit at the best table at the top restaurant in town?

What to Expect Next

Most likely the NFL will use Shaw as the poster boy for what happens to a player, coach or employee who gets caught. They would rather let this story die than gain any more publicity affecting the public's perception or suspicion.  'Integrity' is their mantra, especially as they very slowly and gently accept legalized wagering into the U.S. culture behind the NBA, NHL and MLB.  And that integrity will come at a cost to bettors as the NFL permeates the landscape through licensing deals and visibility on your televisions, radio and casino visits.

Josh Shaw’s career is done. Yes, it is wrong to wager on NFL football as expressly written in his contract. It is criminally stupid IF you are going to do it, how he went about it. Do not expect to hear additional stories about NFL associates wagering on games. The NFL would rather have you scream at the coffee machine about getting stiffed. Without admitting it, they might rather players or coaches very quietly join-up at the most reputable offshore sportsbooks. After all, they certainly do not want to see TMZ run stories showing Drew Brees, Jerry Jones or Bill Belichick standing in line at The Westgate.