Women in professional sports get paid less than men, but they may be able to attract sports betting companies as a way to offset lower incoming revenue.

The U.S. Women’s Soccer Team has launched a lawsuit against the United States Soccer Federation for pay inequality between them and the U.S. men’s team. The Federation pays men players almost three times more than women, despite the fact the women’s team has outperformed the men’s team. The women’s team just won their 4th World Cup and are constantly on top of the rankings, while the men’s team has never won a major championship and even failed to qualify for the 2018 World Cup.

The argument has almost always been that the women generate less revenue than men for the federation, so they are compensated less, but a Wall Street Journal report showed that between 2016 and 2018 the women’s team generated $50.8 million, while the men’s team generated $49.9 million. As well, viewership of women’s games has been higher than that for men over the period, although arguably that is because the women have advanced farther in their games and people tune in to games with meaning. So, a women’s final game will obviously generate more interest than a first round men’s game. That said, if the numbers are indeed accurate, then it’s easy to argue that, given these figures, the women’s team deserves pay equity with men, as long as their revenue streams are comparable.

But it sounds like the frustration of the women’s soccer teams, while geared towards the National team is really focused on salaries for professional women players in general. Megan Rapinoe was clear when speaking with American Press that she wants a complete rethink on salaries for all women soccer players.

"I would like to see a major paradigm shift and sort of a major overhaul," Rapinoe said. "There's been such a lack of investment for all of these years, and such a lack of care and attention that doubling or tripling or quadrupling investment, care, attention to the women's game I think would be appropriate."

To give an idea of just how big the disparity is, Jozy Altidor who plays for the U.S. men’s team is paid $5 million per year by Toronto FC in Major League Soccer (MLS) and Christian Pulisic is paid close to $3 million by Chelsea in the English Premiere League. No woman’s salary comes close to those figures. In fact, the lowest team salary on the current men’s squad is substantially higher than the highest salary of any women’s player!

Olympique Lyonnais in the French league has by far and away the highest salaries of any team in the world, with Ada Hedberg topping the list at about 400,000 euros or approximately $500,000. And the National Women’s Soccer League (NWSL), which is effectively the MLS counterpart, has a salary cap of just under $500,000 per team and a maximum salary of $46,200. The average salary of NWSL players is less than $17,000. Players on the national team who play in the NWSL make most of their salary from the national team and not from their NWSL contract. Megan Rapinoe makes the league maximum, but most of her salary, estimated at about $200,000, comes from national team bonuses.

The problem with Rapinoe’s plea, along with others is that women’s soccer outside of the Women’s World Cup and Olympics just isn’t that popular. Aside from the national team (which I already suggested deserved higher salaries from the federation), revenue, attendance and TV viewership of women’s games, especially in North America is extremely low. Portland is the only women’s team that seems to draw decent attendance and most of the stadiums hosting the games have a capacity of less than 5,000. A good day in an NWSL game will usually have an attendance above 6,000 with ticket prices ranging from around $10 to $20 and bad days could see attendances of 2,000 or less. On the contrary most MSL games have attendances above 20,000 with ticket prices exceeding $60 per ticket. And while MSL teams have good TV contracts with local providers, NWSL games are only shown on Yahoo streaming, because TV stations said they just had no interest from the general public from those games. One bar owner featured on a TV newscast said that when the U.S. men’s team is playing the bar is pretty full. Aside from the final game, he had three people or less watching other Women’s World Cup games.

While Kawhi Leonard just signed a $142 million, 4-year deal with the L.A. Clippers, the best WNBA player today, Diana Taurasi, makes around $50,000. And the reason is simple, revenue generation. By signing Leonard the Clippers believe they will generate more ticket sales, particularly with a playoff run and more ancillary revenue from merchandise sales featuring Kawhi. And like it or not, there aren’t many people running out to buy Diana Taurasi jerseys. As well, while NBA teams average an attendance of nearly 20,000, with a ticket price exceeding $100, the average WNBA game gets less than 8,000 people, with a maximum ticket price far lower than the cheapest ticket at an NBA game. Plus of course, the NBA teams get high revenue from TV stations for airing their games, while WNBA TV contracts are very low if at all. Mind you there are some women’s sports that are quite popular and consequently prize money has increased accordingly. Examples of this are WTA tennis and LPGA golf.

So, the argument that women’s soccer is generating more revenue than men’s is nonsense. On the national team level that may be true, but no one can reasonably suggest that women’s soccer outside of national team games like the World Cup or Olympics comes even remotely close to men’s soccer. But there are ways the women can increase exposure and possibly increase their salaries and that’s by teaming up with sportsbooks.

Partnership deals with sportsbooks has helped increase revenues of European teams and now with legal sports betting stateside there is no reason it couldn’t work in the U.S. as well. Sky Blue FC would be a prime example of where teams can partner with sports books to generate money. Based in New Jersey this team was part of the old Women’s Professional Soccer League, which preceded the NWSL and there is talk it may fold because the team is so bad and interest is dwindling. But with New Jersey operating legal sports betting there is absolutely no reason the team shouldn’t approach FanDuel, DraftKings, Caesars, 888 or the other 13 sports betting companies and work out some sort of deal. Those sports books can certainly offer more money in terms of advertising and partnerships than Meridian Health which is currently the team’s sponsor and if operated properly they may be able to even cross promote with things like free bets for the purchase of game tickets or visa versa. And more importantly the sportsbooks can feature odds on the league and encourage betting on the matches. 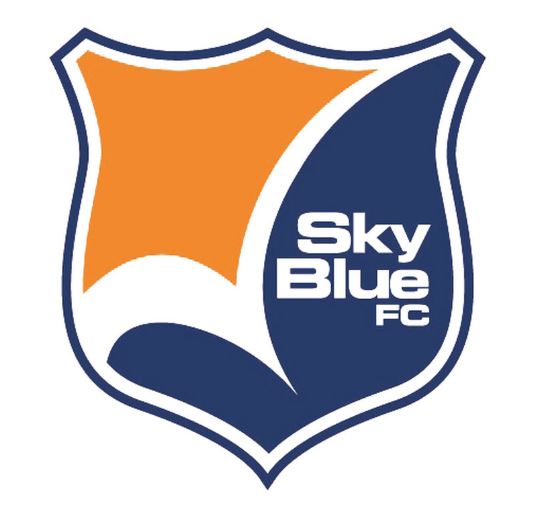 Studies have shown many times that when someone has a vested interest in the outcome of a game or event, they will follow it far more closely than if they can’t win anything. As well with fantasy sports DraftKings stated that interest in the Women’s World Cup this year was extremely high and consequently are considering offering more women’s soccer. The interest in WNBA has not been that great, but there is no question that the ability to play DFS contests on those sports has helped increase viewership. But it’s up to those leagues to capitalize on it. And while Sky Blue FC was one example, almost every state aside from Utah, Alaska, Texas and Hawaii will likely offer sports betting at some point and teams can try and partner up with those sportsbooks and see if it can help generate more revenue. If that happens then naturally it will be passed along to the players.

So, it’s time to face reality. Women’s soccer outside of the World Cup and Olympics will never be as popular as men’s, at least in this lifetime, so to expect salary parity in the women’s leagues is unfeasible. But the repeal of PASPA and the huge explosion in legal sports betting and daily fantasy sports has created a new opportunity to help increase revenues and even exposure for the players. It will take time and work on the part of the women’s soccer players, but it can be done. And Sky Blue FC should be the team to first take the bull by the horns.