U.S. has a chance to solve the Wire Act controversy once and for all

Hartley examines the recent expiration of a DOJ opinion on the Wire Act and wonders why the law is still on the books.

It is time for the Wire Act to go

On June 24th the Department of Justice (DOJ) allowed the Wire Act appeal launched under the Trump administration to expire, meaning that the 2018 revised opinion by acting Attorney General Rod Rosenstein became null and void. 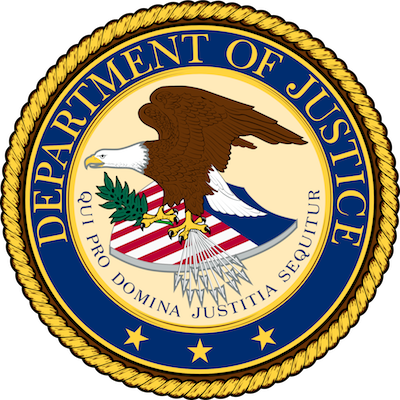 Rosenstein reversed the opinion issued in 2011 by Eric Holder which said that the Wire Act only applied to sports betting, and in 2019 Rosenstein told states such as New Jersey and Pennsylvania, which already had online casino gambling, to end the practice and adhere to his new opinion. States were prepared to fight that decision but were beaten to the punch when the state of New Hampshire challenged the opinion first. The complaint by New Hampshire's Governor, State Attorney General and head of its lottery commission effectively said that other courts already agreed that the Wire Act only applied to sports betting, so Rosenstein was wrong in his interpretation. Thus, applying the new opinion to all other forms of gambling, including the lottery, would harm the state and the various social programs that proceeds from the lottery support.

Upon hearing that ruling, William Barr, who became the new Attorney General under Trump, sent representatives to New Hampshire's district court to provide a convoluted reason for their revised opinion. But U.S. District Judge Paul Barbadaro would have none of it and said that the new opinion was not valid, so the old opinion remained. In making that decision, Barbadaro said he was guided by the principle that federal statutes should be interpreted as a symmetrical and coherent regulatory scheme and that applying the Wire Act only to sports betting achieves that. The DOJ immediately announced it would appeal the decision and had until June 24th of 2021 to submit paperwork and launch the official appeal. That never happened. And when Joe Biden won the election, it was clear the new Democrat DOJ wasn't going to continue with an appeal on a decision that they originally made.

Thus, the issue is dead.

Almost everyone in the industry agrees that the only reason the Republican DOJ issued the new the Wire Act opinion was to appease Sheldon Adelson, at the time the owner of Las Vegas Sands and the largest donor to the Republican party. But with the passing of Adelson on January 11th of this year, is it certain that the Republican party will never bring up online gambling again if and when it wins another election? 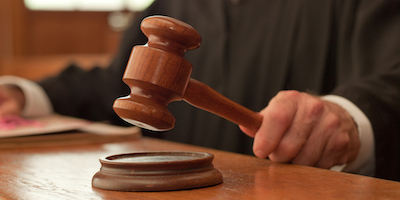 As has been witnessed many times of late, almost every move the Republican party makes is political, so it is indisputable that if given another chance some Republicans in Congress or the Senate will likely once again bring up the Wire Act because they believe they owe Sheldon Adelson a posthumous victory and/or possibly for financial or political gain. It is uncertain if Adelson’s heirs or shareholders have the same feelings about online gambling and it's also unclear if there is some sort of caveat in his will that requires heirs to continue his agenda to end online gambling. What is clear is that the Republican Party is beholden to the evangelical church and their leaders have made it abundantly clear that they want to stop online gambling.

So, with the Wire Act appeal behind us and with Biden given a clear mandate, what better time is there to put the controversy, opinions, and appeals to bed once and for all? And the most logical way for that to happen is to consider why the Wire Act exists and decide if it still serves its intended purpose. If it does, then it should stay. But if doesn't, it should go.

History of the Wire Act

The Wire Act was passed into law in 1961 by then Attorney General Robert F. Kennedy as a way to give police some powers to arrest underground bookmakers who were using the telephone and telegraph to take bets on sports and horse racing. Make no mistake, it was never intended to deal with casino games, poker, or anything except sports betting, and while it is reasonable to assume that it would have applied to the Internet as well, if that existed at the time, the law as it stands only mentions wired communications of which the World Wide Web does not technically apply.

And every law must be looked at periodically to determine if it still has any validity. Many laugh at the fact that there are still laws on the books in the United States such as it being illegal to drive blindfolded in Alabama, that women in Vermont must get permission from their husbands to get false teeth, that criminals in New Jersey can be given an extra sentence for wearing a bullet proof vest while committing a crime, and that in Arkansas it is illegal to honk your horn near a sandwich shop after 9 p.m. Almost everyone would agree these laws are illogical, can be removed from the books and the police never enforce them anyways, but does that also apply to the Wire Act? Let's have that debate.

Seven reasons why the Wire Act no longer makes sense 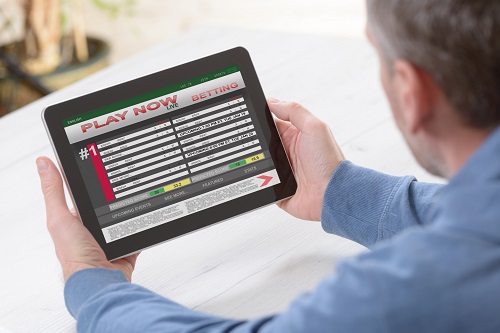 1: Technology
With the sophistication of technology today there is no reason why any illegal bookmaker would use wired technology such as a telephone to accept bets from customers. Long gone are the days when Louie the Lip would go to a pay phone and contact customers to get their wagers or to call other mob associates to get bets down. Instead, almost every illegal bookmaker uses wireless technology such as a cell phone, tablet and other wireless technology to accept wagers. Moreover, most wagers are either placed in person or through a middleman, who again would usually take the bet via a text. The Wire Act as it stands does not account for any of these methods and it would likely not stand up in a court of law if an illegal bookie was charged under the Wire Act for taking a bet by text or computer.

2: RICO
The Racketeer Influenced and Corrupt Organizations (RICO) Act was passed in 1970 and gave police the right to arrest anyone involved in organized crime, including drug trafficking, human trafficking, illegal gambling, and other illicit activities. The DOJ has almost always used this act as the basis for arresting anyone involved in illegal gambling including the likes of the two NETeller founders, John Lefebvre and Stephen Lawrence, David Carruthers from BetOnSports and a host of other unnamed underground bookmakers. Only once in recent memory was an offshore operator arrested and charged for violating the Wire Act, namely Jay Cohen of World Sports Exchange. Cohen was found guilty and served time, but the DOJ almost lost that case since the judge suggested that RICO was probably a more applicable law for Cohen’s arrest, as again, almost all WSEX’s bets were made via the Internet and money laundering was a more applicable offense.

3: Legalized Sports Betting
At the time of the passing of the Wire Act, sports betting was illegal across the United States, excluding Nevada, and the only way to bet on sports was with illegal street bookmakers. With the 2017 Supreme Court ruling striking down PASPA, gambling on sports has become legal in the U.S. and currently almost half the states offer legal sports betting, and that number is climbing. Moreover, many of those states accept sports wagers by mobile phone and Internet, so technically they could be deemed to be violating the Wire Act, if any casinos get their lines from other sources in different states. More importantly the taboo that was once attached to sports betting in the United States no longer exists.

4: PASPA
A big concern in 1961 with regards to illegal bookmaking was professional and amateur players working with the mobs to help them profit by scamming the public. Since the repeal of the Professional and Amateur Sports Protecting Act (PASPA) there have been no reports of that happening. However, prior to the repeal of PASPA, that was an issue, including NBA referee Tim Donaghy, who fixed games to support a gambling habit. And in the rest of the world game fixing and corruption has decreased dramatically thanks to legal wagering and a memoranda of understanding between the leagues and gambling companies carried out by sophisticated wired and non-wired technology to spot unusual betting patterns. And this requires cross border cooperation. In the U.S. this will only be possible if bets can be compared in all states, which may not be legal if the Wire Act is applied.

5: Cross Border Jackpots
Many states will likely want to have pools and comingled betting solutions to allow sportsbooks to lay off heavy one-sided action, but this will not be possible if the Wire Act remains in place. Under the rules of the Wire Act, any interstate gambling on sports is not permitted, although it is permitted for many other forms of gambling, including jackpot slot machines, poker tournaments, lottery and horse racing. Continuing to deny this is robbing states of possible revenue and there is no justification why bets can’t be made across states lines provided sports betting is legal in both states.

6: Native Americans
Tribal groups which are offering sports betting are claiming they can’t possibly benefit if bets are constrained to the reserves. And currently since reservations are considered sovereign land no tribe can take a bet in any other area of the state outside of where they are located. Michigan has allowed a northern Tribe to take bets from other parts of the state, but under the rules of the Wire Act, the state may be violating the federal law by granting this permission. Consequently, many tribal groups and spokespeople are petitioning to have the federal law repealed.

7: Sports Leagues
All objections to any forms of sports betting from the leagues have dissipated and most leagues welcome all forms of gambling on their sports to generate revenue. So, Sheldon Adelson remains the only outspoken person on record condemning the 2011 Wire Act opinion, and as mentioned, he is dead and can no longer influence Federal politicians.

Reasons to keep the Wire Act

There is absolutely no justifiable reason at this point to keep this antiquated law. No doubt in 25 years people will look at the history of the Wire Act and will wonder what the point of the law was in the first place. Gambling of all forms will be legal across the United States and will undoubtedly take place almost exclusively on mobile phones or any other emerging technology and the states and federal government will reap the rewards to use on infrastructure, education, and health care, which gambling taxes support.

Like any law, the Wire Act made sense at the time it was passed, but it now serves no viable purpose and the Biden administration can end the confusion over its application and endless appeals once and for all. And since every Republican judge voted to repeal PASPA in 2017, there is no reason to expect they would not repeal this related law as well . . . if asked.