Who Walks the NFL Head Coach Plank Next?

Glenn examines the firing of Mike McCarthy and sets betting odds for the next NFL head coach to be fired.

One question was somewhat surprising answered last Sunday afternoon, only an hour after the first set of NFL games were completed. The surprise wasn’t the result, only the timing of the answer. Mike McCarthy was asked to turn in his playbook and dumped as head coach of the Green Bay Packers after eleven years as Leader of the Pack.

The next big question is WHO will be next to walk the plank, getting the notice they are done as well.  Too bad among the list of top offshore sportsbooks and, perhaps new U.S. sports books, would offer that interesting wager. One I confidently believe bettors would embrace.

Much has been written the past week about why McCarthy was quickly eliminated, seemingly before the Packers had even undressed in the locker room after their shocking 20-17 loss to the Arizona Cardinals.

The consensus was that it was just time to make a move. That players had lost faith in McCarthy and his ability to motivate them, despite several team injuries and as his exit press release read "results consistent with Green Bay Packers expectations and excellent standards".  That’s code for you haven’t been close to a Super Bowl lately and it doesn’t appear that you are remotely close this season or next.

Other speculation has focused upon upcoming Hall of Fame QB Aaron Rodgers. That ironically, on his 35th birthday, this was a gift for tolerating a personal relationship that was never ideal or on the same page. Now upon their somewhat embarrassing 4-7-1 record there was no further excuse, and somebody had to go. And certainly, Green Bay wasn’t parting ways with the NFL’s highest salaried player in the middle of a long-term contract.

As bizarre as it may seem, I believe the sharpest nail in the coffin was Green Bay at home in historic Lambeau Field -14 vs. the Arizona Cardinals. Losing outright to the Cards as a two-touchdown favorite was the final straw. New GM Brian Gutenkunst and joint ownership just wasn’t going to face this weekend’s game at home against the Atlanta Falcons with a potential repeat looming.

"Do point spreads and the game line have any effect on management decisions?"

An interesting debate is forthcoming: do point spreads and the game line have any effect on management decisions and prejudicial judgment over coaching staffs and player personnel?  No "official NFL league data" on this yet. But as we move into more legalized focus on the subject, YOU BET IT IS.  More on this intriguing subject at another time.

No, I haven’t discovered it yet at Bovada, BetOnline, Diamond Sports or on the list of top sportsbooks, therefore I will create my own line of "Next NFL head coaches most likely to be axed". Keep in mind, the criteria is NEXT, as many of these dudes are surely likely to be unemployed by the first week of 2019.

I would assume all other NFL head coach positions are safe for the final four games, mostly due to their current playoff status and tenure. The Cleveland Browns and Green Bay Packers interim coaches do not count 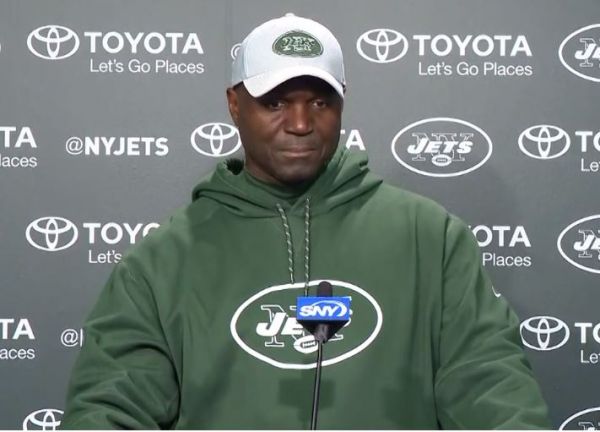 as they are expected not to be retained for next season.

Todd Bowles is the consensus favorite because of his magnified spotlight in the New York media and market. He’s also serving his fourth full season without much success although being a better than average coach. Yes, the Jets haven’t had a true promising franchise QB until this season. Unfortunately, promising rookie Sam Darnold got hurt. He can’t be replaced, but Bowles easily can be. He will be. It’s just a matter of when. The rumor is strong it will be any week now.

If anybody truly is going to also walk the plank shortly it might be Doug Marrone, where the Jacksonville Jaguars are like the S.S. Bounty awaiting a mutiny. They Jags would be considered the NFL’s biggest disappointment, coming off their stunning upset over the Steelers last year in the playoffs. Total lost confidence in starting QB Brian Bortles, many injuries, fights on the field has this team in disarray despite lots of talent, especially on defense. Head of football operations Tom Coughlin looks like he’s going to have a stroke. Most logical candidate to take the fall very soon will be Marrone.

Very close behind and maybe simultaneously will be Bucs leader Dirk Koetter.  "Fitz-magic" is long forgotten and QB Jameis Winston is forever inconsistent. Biggest problem is their awful defense. Like most others on this list, Koetter had his chance with a team that has not improved. When you have two starting quarterbacks, you have no quarterbacks. Especially with the NFL’s worst defense.

Dan Quinn might be the best 'value play' to go first due to his Super Bowl appearance just two seasons ago.  Then again, that historic 28-point collapse against the Patriots in the second half will never be forgotten.  Since then not much has gone right for the Atlanta Falcons. They are not good enough to outscore opponents every week. And remember, Quinn was the prize Seahawks defensive coordinator before being a head coach.  It helps to have many Pro-Bowlers to motivate. This guy is gone. Only December or January is the question.

I included Pat Shurmur of the New York Giants on the list as a 10-1 longshot. That is because he hasn’t yet completed his first year plus enduring the sad completion of Eli Manning’s career. Then again, the Giants are bad, he’s made some awful judgmental coaching errors and again, the narrow patience for coaching in New York.  If he does remain, he very likely gets to complete his first season and possibly gets one more season to survive.

*The huge DNQ (does not qualify) asterisk belongs to Marvin Lewis of the Cincinnati Bengals. It defies logic why this man still has his job to begin with. Not many have accomplished less in the NFL as head coach for so many years (15). Dozens of players have been cut, high draft choices failed, suspended, jailed and killed under his reign and yet he continues with a headset.  Thankfully, there hasn’t been a true wagering pool available. As favorite for at least the last ten years to be fired, many would have lost lots of $$.

Perhaps Lewis is the illegitimate son of the Bengals owner? We’ll never know. What we do know is he coaches the injury-riddled Bengals at least through season's end and I wouldn’t bet against him appearing at Paul Brown Stadium in 2019.

What this 2018 NFL season might best for remembered for? Horrible kicking. Perhaps nowhere worse than Green Bay, where previous reliable place kicker Mason Crosby has been a liability for some time. Looking back at some of the Pack’s losses, it’s possible clutch kicking might have kept McCarthy in his job. At least until the season’s potential playoff decision. He has plenty of company. Kickers can easily be replaced, good head coaches cannot.

Fatefully, look for the next key missed kick or bad fumble to be the last play that could cause a next termination notice for an NFL coach on the bubble. Somebody is going to fall over the next week or two. You can bet on it…but just for fun and argument sake.