Will We Ever Receive a Bettor Opportunity than the New Orleans Saints last Sunday?

Easy to say after the Saints mauled the quarterback-less Broncos 31-3, but the Saints/Broncos game may have been a once-in-a-lifetime betting opportunity.

Saints moneyline bets were made with nearly no-risk

As NFL handicappers we spend hundreds of hours analyzing hundreds of angles and statistics to come up with a confident selection. Then often turn masochist convincing ourselves there must be something we missed.

Last Sunday it was easily staring directly at us. No thought, great angle or statistical analysis was deemed necessary. The Denver Broncos were cruelly mandated by the NFL they must play their football game against the New Orleans Saints without a quarterback that had any useful professional experience or any practice time with the team.

It seemed hard to believe that the Broncos were forced to source their roster to find anyone with the capability to throw a football pass or handoff. Even more astonishing, the best sportsbooks adjusted to the bizarre circumstances to put out a point spread on the game, a money line, and an over/under total.

Here is how it all unraveled:

The Numbers Do Not Lie

If the Broncos needed any hint at their doomed fate, all they had to do was look at any "big board" in Las Vegas or check the most top offshore sportsbooks at approximately 4:30 PT last Saturday. At that time, the Broncos mysteriously disappeared off the board and off every app involving their game at Empower Field at Mile High hosting the Saints. 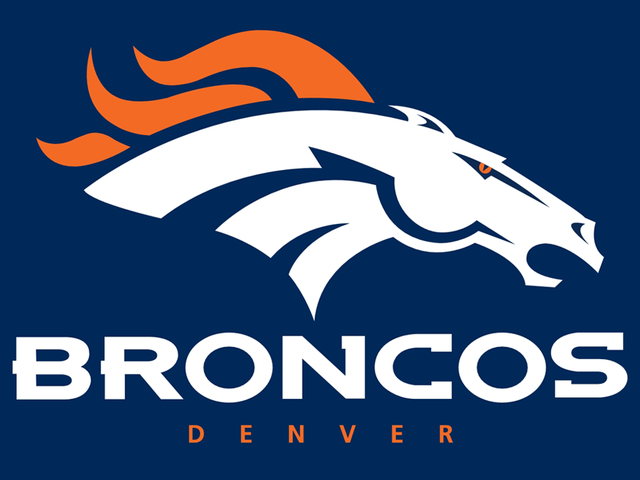 Before this happened, the game was simply another among others that day with the Saints a -6.5 favorite, a -180-money line and an over/under total of 45.5.

Most bettors assumed, as in most football games, the line withdrawal involved a late breaking key injury, likely a quarterback or in these current times perhaps a COVID-19 scratch. Certainly, word would filter in fast and a new line would be adapted, allowing for the usual half a point to a point adjustment either way.

By then the news was hitting ESPN and every other public news source of the Broncos dilemma. At 6:15 PM PT ESPN's Adam Schefter reported that all the quarterbacks on the Broncos' roster were ineligible to play against the Saints after being deemed high-risk. Third-string quarterback Jeff Driskel tested positive for COVID-19 on Thursday.

About 90 minutes later Saturday all sports bettors of the world jaws dropped while witnessing the updated lines on the game. Experienced bettors have seen it all, but never a game shifting numbers this far. A consensus of the reconfigured lines for the games from most top offshore sportsbooks were posted:

Initially, the new Circa Sportsbook was the only location in Las Vegas to bravely re-post a line on the game. The number set at Saints -13 was savagely attacked by bettors. After about an hour of continuous wagering on the Saints it was moved up to -14.5.

Obviously, caught like a safety fooled by a wide receiver on a fly pattern, the sportsbooks widely underestimated the public's appetite taking advantage of the rarest of opportunities and the most unusual glaring mistake of the year by bookmakers.

Though rule one in gambling states 'nothing is guaranteed', this would be the closest we could ever come testing that validity. The Saints WERE NOT going to lose to the Broncos. It was simply how much the Broncos were going to lose by.

And…if you had that worry, a money line between -1250 to -1500 was an excellent value with the funds to risk. Putting down $1,500 to win a guaranteed $100 is certainly a nice way to enjoy the day for many. By game time the number had soared to a record high -1800 for an outright win on the Saints.

Then also was the tempting chance to quickly cash in on a shrinking over/under total on the Saints-Broncos game.

What started out at 45.5 was initially re-posted at 37.5 and dropped to 36.5 at several offshore sportsbooks including Bovada, BetOnline and WagerWeb. Simple math. Could the Broncos possibly score more than 10 points?  With Drew Brees remaining on the injured list, would the Saints need more or produce more than 24-28 points?

Players attacked the totals pool with vengeance as under money flooded the action and the number dipped to as low as 36 at some top sportsbooks. Truly brave (and wise) bettors were handsomely rewarded for investing in a Saints and Under parlay ticket.

I realize it is arrogant hindsight to view the Saints easy 31-3 win over the Broncos as the Best Bet of All-Time. I will leave that to the screaming handicapper radio and television programs.

The NFL should be ashamed of their greedy selves for allowing this non-competitive event to happen. Perhaps the game should have been labeled for wagering purposes only*. Or let Troy Aikman or Tony Romo leave the announcer booth to play QB for the Broncos. Emergency QB Kendall Hinton accomplished a total of 13 sad yards passing.

Also thinking about those who preach 'wagering early' on NFL football to seek potential value. Sorry, but no refunds on Broncos +6.5.  In the 2020 NFL season wait until you read the final injury and COVID-19 reports before betting.