Another bad break for Warriors bettors?

Suprsingly, since the injury to Kevin Durant’s left knee, sportsbooks worldwide have only dropped the odds for Golden State to win the NBA Championship slightly and they are still the favorite.

The Warriors are still favored to win the NBA Championship

Just when we all thought -175 or so on the Golden State Warriors was again a smart bet to win the NBA Championship. Well, at least I did.

Then what happens? Teammate Zaza Pachulia accidentally falls backward into Kevin Durant's hyperextend knee against the Wizards and the whole basketball game changes. Uh oh. Should we tear up The Finals ticket? Don't think so. Go out and double down on Pop and the Spurs. Not just yet. Or did we simply underestimate Lebron and the Cavs to win again at a great-value price?

Don't think anybody is panicking just yet. Many of the top online sportsbooks have taken a very conservative approach adjusting the line, indicating they know more than anyone else on what's going on inside the NBA. Or anywhere else in sports or entertainment for that matter. Top sportsbook Bovada has only changed Golden State to a current -130 while dropping Cleveland to +220 and San Antonio to +650. The rest of the league remains at double-digits and virtually non-changed since Durant hit the deck. 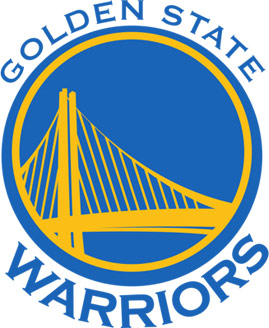 Here's the full list to win the NBA Championship (courtesy of Bovada):

This is where it pays to shop around if you're serious making larger wagers focusing on the future. At BetOnline, the Warriors are currently -135, the Cavs +200 and the Spurs +600, indicating better opportunities at Bovada UNLESS you believe other NBA teams including the Clippers, Rockets or Celtics might have a shot at springing a monumental upset. There you'd get better odds comparatively at BetOnline.

At Diamond Sports, nobody seems to believe Durant will be off the court too long or be back when they truly need him. They have the Warriors listed at a current -156, the Cavaliers at +233 and the Spurs at +645. With this line, you might believe KD is outside his home right now practicing under secret guard, draining threes with protective surveillance.

Durant will be evaluated over time. He's told friends he hopes and expects to return to the lineup before the season ends, although it wouldn't be a surprise if the Warriors put the brakes on that scenario. One: They don't need him, especially if Andre Iguodala, whose minutes have increased, raises his game and fills in more points. Two: Getting best-record isn't a must-have and last season's record-setting 73 failure is their biggest reminder. Three: Golden State wants to eliminate a repeat of what Durant experienced three years ago, when he hurt his foot in Oklahoma City. Four: They'd easily handle their first-round opponent without him if necessary.The big bonus might be the extra rest he's getting for both legs. Have you noticed Lebron James, plus Spurs stars Kawhi Leonard and Pau Gasol, are playing less minutes lately and getting a few games off as the long season wears on.

So here we go again. I preached about it last June when I thought the Warriors were "a lock" despite the intimidating price. Yep, there are no locks, I get it and that's why they call it gambling. And yes, Lebron and his Cleveland mates will surely cause anxious moments in June. Even this Saturday Night's game against San Antonio (ABC Network) will provide a mini-prevue of what to expect in a likely Western Conference Finals showdown.

But here's another potential chance. Like buying a house below market value. You are not going to see Golden State at -130 again to win the Finals this season IF you favor the Warriors to win the NBA Championship. No doubt Kevin Durant comes back at full strength. It is just a matter of when, not how. A Finals ticket on Golden State at any of the leading offshore sportsbooks buys you a sure seat at least in the Western Conference Finals and very likely NBA Finals. No guarantee on who else might get injured in-between but it could be to a key Cavs or Spurs player as well. Imagine what the price on the Warriors would be then. Could be -175 or more?