Sports betting in California has a long way to go and new legislation introduced could be DOA.

When online poker became legal it was widely assumed that California would be the first state to legalize it. After all, California has 97 legal poker rooms with over 1250 tables and likely upwards of 200,000 players among the population of 40 million. That, however, turned out not to be the case. 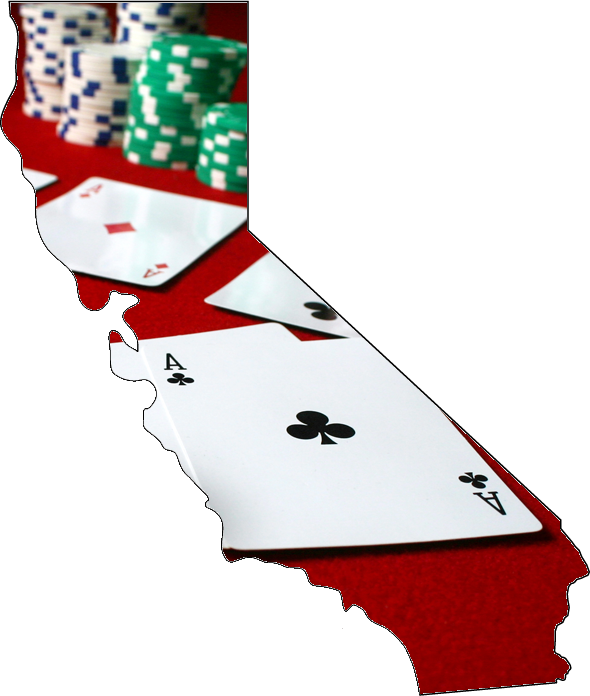 Several times, bills to legalize online poker were introduced in California and every time they failed to gain much movement, almost always because of disagreement by the Native American tribes over a bad actor clause. The closest a bill came to pass, was when the racetracks, poker rooms and some tribes agreed to the terms under AB 2863 introduced by Assemblyman Adam Gray was in 2016. The bill allowed PokerStars to enter California by paying a $20 million fine, but it failed when the tribes not partnered with PokerStars said they would not support it and demanded PokerStars sit out for five years. The Morongo Band of Mission Indians, the San Manuel Band of Mission Indians and the poker rooms that partnered with PokerStars said that was a violation of the constitution and banning PokerStars was never something they would agree to. And the tribes need unanimous consent for the law to pass.

The racetracks were among the first groups that opposed online poker, fearing it would cut into their revenue, but they got on board when they were promised by legislators that racetracks would get a portion of online poker profits. The poker rooms were soon to follow with their objections, but seemed to become more open to online poker when they set up partnerships with casinos and poker sites that planned to come into the state. But the tribes have consistently been split over online poker with the main reason given being the ability of PokerStars to enter the market. There are also several tribes who oppose any expansion of gambling, although they are in the minority.

Several analysts, however, feel the whole bad actor excuse is a red herring and most of tribes simply don't want any increase in gambling because they believe it will eat into casino revenues. As it stands now the tribes have exclusive rights to casino gambling in the state with over 90 tribal casinos and they don’t want competition. That is why they have generally opposed not just online poker, but also online gambling. One analyst said, to understand the opposition you have to realize just how old school some of the tribal chiefs are.

"Some of the biggest voices in these bands are even more backward when it comes to technology than Sheldon Adelson. I know of one band leader who reluctantly got a flip phone years ago and refuses to trade it in for a smartphone because he doesn't trust the technology. His attitude is, and always has been, if it isn't broken, then don't fix it. The tribes are seeing huge revenues from land-based gambling coming into their coffers every year and they simply don't want to risk losing that monopoly. In my opinion, online gambling and poker will only really be considered by the tribes in California when the old leaders pass on, and that may not be for many more years."

So, when ACA 16 was introduced in California recently by Senator Bill Dodd and Assemblyman Adam Gray to allow regulated sports betting in the state, it was hardly met with much fanfare. For the bill to be considered it needs to receive 2/3 approval by both the House and Senate and if the bill passes it would be put on a ballot where a majority vote by the citizens would make it law. But to get to that point it still needs approval by the same groups that killed the online poker bills.

Steve Stallings, chairman of the California National Indian Gaming Association (CNIGA) told Forbes magazine that the legislature needs to proceed with caution and that tribes are unlikely to support sports betting until they are guaranteed to be the only groups that can offer the product.

"In short, CNIGA does not support any expansion of gaming in California, including sports betting, until the for-profit, commercial card rooms stop their illegal practices, including constitutionally prohibited banked games,” stated the chairman. “A legitimate discussion on sports betting could then proceed as long as tribal exclusivity is maintained."

Clearly, if that is going to be the tribes' stance then sports betting will likely not be introduced any time soon.

One analyst who has been frustrated with the stalling tactics by the tribes even suggested that sports betting in Utah will likely occur sooner than in California!

The problem is that the racetracks want sports betting to help prop up track revenues and Tim Riva, the COO of the Stronach Group told the L.A. Times after PASPA was repealed that every one of his racetracks would pursue a sportsbook, given that sports betting and horse racing are far more linked than horse racing and poker. And, no doubt, the racetracks could use the additional option for its patrons given the number of horse deaths in California over the last few years, which has led to a slight decline in attendance. And unlike with poker, the racetracks almost certainly wouldn’t agree to give the tribes exclusive rights to offer sports betting for a portion of the profits. Kyle Kirkland, the president of the California Gaming Association, which represents the poker clubs, said he views sports betting as a real opportunity for the poker clubs to increase revenue as well. But the tribes view sports betting as just another form of casino gambling, to which they have been given the exclusive right to offer and will fight to keep that exclusivity.

But even if the tribes are given the exclusive rights to offer sports betting, they may not agree to offer it.

Don't forget the reason many analysts believe the tribes didn't agree to online poker is the concern that additional gambling options would eat into their casino profits and no doubt, many tribal leaders will see sports betting as just another form of gambling that will eat into their no risk gambling revenues with slot machines, dice games and house banked card games. And of course the majority of tribes would not have the expertise to run sportsbooks, so they would have to enlist existing sports betting operators to run the sportsbooks. If that happens, the same fight over poker could evolve if a group of tribes that are unable to get a major sportsbook partner views, say, DraftKings as a bad actor, given they offered DFS in places that disallowed it and again tries to prevent larger tribes from using them as a partner.