The CEO of Disney has indicated that the company is looking to get into sports betting but needs to do it without affecting the brand.

The question isn't when, but how Disney and ESPN get into the gambling game

Last year, the gambling world was taken slightly aback when Disney CEO Bob Chapek announced that the company was going to look into the possibility of offering sports betting. In an earnings call, the company noted that viewership and subscribers for ESPN and other Disney owned channels were declining due to people cancelling their cable and moving to streaming services and Chapek said that sports betting provided a fantastic opportunity for the company to gain huge revenues. 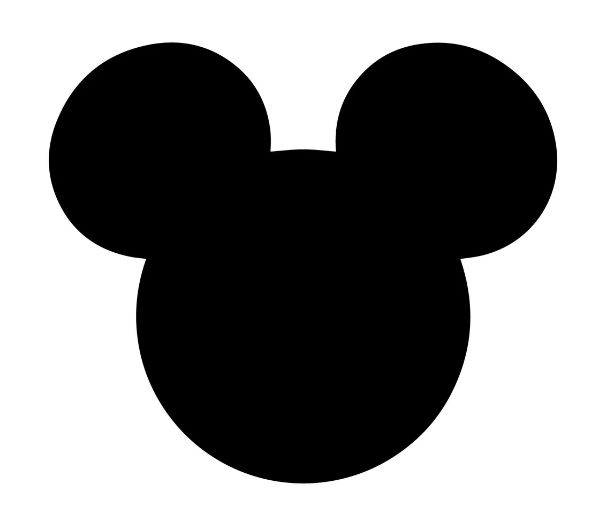 Disney apparently was concerned that if the company got into the gambling business it could harm the Disney brand, so they ran some internal surveys and polls. The results of the surveys indicated that attitudes to sports betting and gambling had changed after SCOTUS repealed PASPA and most families said their venture into sports betting would not affect their opinion of Disney or usage of their products. In better words gambling was so mainstream now that most people just accept it as a daily part of their lives.

"We feel the Disney brand is broad enough to have an ESPN business under our roof and have ESPN in the business of sports betting.  That’s not harmful to the mother brand and is beneficial for the ESPN brand. The Disney brand is elastic."

"It's (sports betting) driven by the consumer, particularly the younger consumer that will replenish the sports fans over time and their desire to have gambling as part of their sports experience. As we follow the consumer we have to seriously consider getting into gambling in a bigger way."

Along with ESPN and ABC Disney also owns Hulu and Disney+, all which offer sports broadcasting as well.

Sports betting in the U.S. today is about a $1 billion industry and Goldman Sachs projections indicated that will likely grow to almost $40 billion in 10 years.

So Chapek seemed gung-ho to start profiting from sports betting and his first volley was an attempt to offer exclusive advertising rights on ESPN for a massive price. A 2021 article in the Wall Street Journal last year indicated that Chapek approached both DraftKings and Caesars and offered them exclusive advertising rights on ESPN channels and their mobile site for $3 billion a year.

Disney currently owns a 6% share in DraftKings and in 2020 signed a deal with Caesars to provide sports betting odds to ESPN, so Chapek assumed that one or both would jump at the opportunity.  The price, however, was apparently too rich for both gambling companies, who have yet to become profitable, so they turned it down and the expectation was that ESPN would go back to the idea of starting its own sportsbook. But Chapek shot that down completely when he told a CNBC reporter that ESPN would never take bets and instead was looking for a third party to do it for them. But if that’s indeed the case, it seemed to be contradicted in a Goldman Sachs conference this week when he said that Disney was looking at creating a Disney branded link on its website and also a sports betting app tied to ESPN.

It seems that Disney wants to have its cake and eat it too. They want all the potential revenue from sports betting, but they don’t want to take any risks that could harm the company’s reputation and alienating the public or cannibalize its advertising revenue on ESPN TV programming.

So, the question that has to be asked is what exactly Chapek has in mind. If ESPN and Disney are not going to take bets themselves, then obviously it will be a company like DraftKings, BetCaesars or both that will be taking the bets. But how will that work? Obviously if they can create a new skin like BetESPN.com it would be a game changer. Everyone knows the ESPN brand, so new signups would likely be massive and it is quite possible that an ESPN skin could go to the top of the list of successful betting sites. But what will that cost? If Chapek wanted $3 billion a year for exclusive advertising on ESPN’s TV channels and websites, what will he want for that, as well as offering up BetESPN.com and an app tied to the sports broadcasts?  Or is the offer only for the use of the ESPN name, but Disney will continue to advertise all sports betting companies on its platforms? There is also a question of whether Chapek has a sort of affiliate deal in mind whereby the link and app would not be tied to any specific company but instead would be accessible by all gambling sites with their unique identifier and Disney would join the multitude of online affiliates who get paid for referrals or player action.

I asked a marketing analyst in Toronto what he thought of the plan, and he said if they are looking to make money strictly through advertising and possible affiliate type deals they are missing the mark.

"If Disney is not going to run their own sportsbook and instead rely solely on advertising revenue they are leaving a lot of money on the table. The sports betting market is just starting up in North America and when states like California, Florida and possibly Texas or Georgia come aboard, it could be 50 times what it is now. FanDuel, DraftKings, BetMGM and BetCaesars are currently controlling over 2/3 of the market in the U.S., but ESPN would likely jump them all. Aside from being able to control the sports advertising content on their platforms they could also create some cross revenue for Disney. For example, anyone who signs up to ESPN+, Hulu or Disney+ could be given a sports betting credit to wager on their favorite teams or more likely, those who build up credits by wagering at the ESPN betting site could use those points towards free programming on the various Disney platforms. It would be crazy revenue for ESPN. Disney can still advertise other brands on their programming and may be forced to as part of anti-trust legislation, but the real money is in booking your own bets and I know there will be marketing companies licking their chops to be the one chosen to market the BetESPN brand."

Other analysts, however, believe that trying to run a sportsbook would be a bigger mistake. When I discussed the topic of ESPN at the recent North American Gaming Summit at the Meadowlands over lunch with a colleague who writes for a different gambling site whose name I won’t disclose for obvious reasons, he said that in his view Disney would be crazy to try and compete because he didn’t believe the ESPN brand name was going to add that much and the Disney brand name would add nothing.

"What’s the big attraction? Why would ESPN be more attractive than MGM, Caesars or FanDuel? There are over 20 companies offering sports betting now and you know full well that in 10 years there will be double that many as the Tribal groups, local companies and more businesses from Europe, Australia and Asia enter the market. ESPN is advertising each and every one of these companies 24/7 on all its media sources and the advertising revenue is massive. Going into an industry you don’t understand is just not worth it. And if the company wanted to use the Disney name in the company there is no advantage. They can’t have the likes of Mickey Mouse, Aladdin or Winnie the Pooh promoting the gambling product because they would be sued to the hilt for appearing to be advertising gambling to children, not to mention it would outrage families. And they also can’t promote anything in Florida or California where their two theme parks are located, since neither state has sports betting. Besides, when Florida does eventually legalize sports betting, it will be the Seminole Tribe given exclusivity, which shuts Disney out and in California it is going to be the Tribes and possibly the racetracks that get the rights to sports betting.

So, a Disney brand will be meaningless in the two states it has its biggest presence. Besides, as you and I both know broadcasting games and taking bets are two different animals. I know so many people who thought they knew sports inside out and set up offshore operations and each one of them went broke because while they knew sports, they didn’t know anything about the business of booking sports. Chapek is a smart guy, and he will work out a deal whereby the company will benefit from sports betting without risking the company’s name, reputation and resources."

So, it seems clear that Disney is looking to start profiting directly from sports betting. The only question is how? There are many advantages to starting a sports betting operation on its own and taking the profits from the bets, but there are just as many advantages to profiting by advertising and possible affiliate type deals. It's clear that Disney knows this and are on the fence about which way to go. Regardless of the final direction Disney takes, what is clear is that with the rise in sports betting and the advantages associated with the ESPN brand, the company has sunny days ahead.