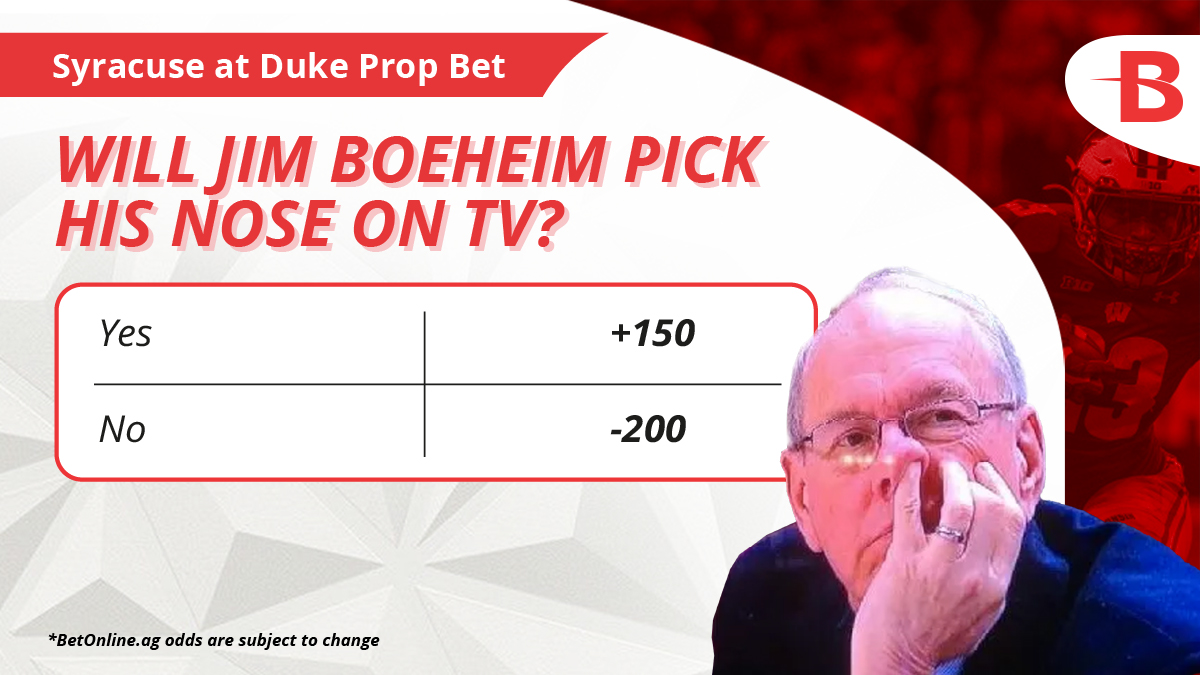 Both Duke and Syracuse come into Monday night's ACC play with three-game winning streaks and hopes of making it to the NCAA tournament.

Preview and pick for Syracuse at Duke

When you look at the season the Duke Blue Devils have had, you kind of have to scratch your head. Duke has the pick of the litter as far as high school recruits are concerned, and it has become a one-and-done program, which is something many observers are surprised to see from coach Mike Krzyzewski.

Things have not clicked for them this season, and only recently did they climb above the .500 mark. so they still have some work to do in order to get to the NCAA tournament. The Syracuse Orange have a better record at 14 - 8, but nothing is guaranteed for them either as these teams meet up on Monday night at 7 p.m. Eastern time at Cameron Indoor Stadium in Durham.

BetOnline makes fantastic odds available for this encounter, along with live betting during the game, and a special prop that we will tell you about in a moment.

Here are the college basketball betting odds they have posted on this contest:

This game begins with some controversy, has Jim Boeheim, who has been known to say some brash things in the past, ruffled a few feathers with his comments about Duke's star freshman forward Jalen Johnson, who not only was a one-and-done player but also decided to opt out on the rest of the season in order to prepare for the NBA draft. 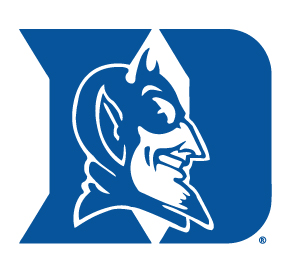 Johnson has been slowed down with injuries it is brief time with the Blue Devils, but Boeheim remarked that it was just as well that he was not a part of the festivities anymore:

“That guy was hurting them so they actually are much better now without him,’' he said. “He was just doing some things and keeping other people from playing that are good. They’ve had two monster wins since he’s opted out and they’re playing good basketball."

Well, you can imagine that went over like a lead balloon with the Duke faithful. And if you know anything about Duke's status within the college basketball culture, you know that they've got deep ties too many influential members of the media. One of them was Jay Bilas, who played for Coach K, and seemed to be highly offended by it. Oh well.

The fact of the matter is, Duke, which was wallowing around but very little in the way of direction, has won three straight games, including their biggest victory of the season, a 56 - 55 win over Virginia on Saturday. That is a legit thing to put on their resume as they argue their case before the NCAA Tournament selection committee. But they can't stop there.

Boeheim becomes the subject of a rather interesting BetOnline prop for Monday's game. It seems he's been caught picking his nose on the sidelines, MORE THAN ONCE, and worse (use your imagination), on television. And college basketball bettors can feast (bad choice of words?) on a wagering item that involves, well, him doing the same in Monday's game. Here are the numbers on that:<

Will Jim Boeheim pick his nose on TV?

Yes, you can win money with that. Go to BetOnline and find "NCAAM Specials" under Basketball. 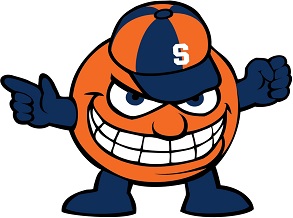 By the way, like Duke, the Orange have won three consecutive games themselves, and you have to say they are probably a little higher in the pecking order as far as ACC at-large teams are concerned. You might think that a victory over Duke could put them over the top.

But that won't be easy, and it won't be automatic. Remember that Syracuse plays the matchup zone, which certainly makes it rather difficult to put together an inside game. However, if you can shoot over it, you can have some success. And it just so happens that Duke has the hottest shooter in the conference right now. Matthew Hurt, a 6 - 9 sophomore forward from Rochester, MN (home of the Mayo Clinic), has made 14 out of 19 from three-point range over his last three games, and you know, this kind of feeds into what Boeheim was talking about. Maybe the Blue Devils ARE better as a team without Johnson.

They are also capable of doing more than a respectable job on the offensive glass (53rd best among 357 Division I teams, according to KenPom), which is something that should worry Syracuse, because Boeheim's defensive scheme doesn't block people out very well. Yes, there could be a letdown on the part of Duke, but when you consider that Syracuse drained Itself by putting together a comeback from 20 points down against Notre Dame on Saturday, you would have to theorize the same thing about them as well.

All things considered - including the fact that Coach K might rub it in if he has the chance - we'll lay the points with the home team in this one.

Oh, and we'll go with YES on the Boeheim prop - call it our PICK of the night!

BetOnline has you in great position to enjoy March Madness, all the props you can possibly imagine, in addition to futures that you can wager on right now!..... And keep in mind that with Odds Boosters, you can get explosive payouts on pre-selected parlays everyday of the week..... It is so easy to get an account opened; they take just about every payment method imaginable, including cryptocurrencies like Bitcoin, and they do so without fees!