Could the NFL season work with hub cities and bubbles?

After looking at the successes and failures of the other major sports leagues' seasons so far, it may be time for the NFL to look towards playing in a bubble.

The NFL games may look more like the NBA and NHL, as their models appear to be working

From the beginning of the pandemic, Roger Goodell stated that the NFL would be playing a full season in regular stadiums with fans in attendance. When he first made that announcement, he likely envisioned that COVID-19 would have either been eradicated by the fall or at least become less significant. Instead, the virus has been raging out of control in many states and predictions are that by the start of the NFL season, the U.S. could have over 200,000 deaths. The NFL must now be contemplating how to proceed.

The NHL, NBA and MLS all started up again with their respective playoffs choosing to play in hub cities and players quarantined together in bubbles by teams. All NBA and MLS games are at the ESPN Wild World of Sports Complex in Disneyworld, and if players leave their bubble they must quarantine. Richaun Holmes and Bruno Caboclo had to quarantine for 10 days after leaving the bubble and Lou Williams is still serving a 10-day quarantine after he unbelievably left the bubble to go to a strip bar. Williams claims he only went there for the chicken wings, but regardless of the reason it was a stupid and selfish motive. The Disneyworld complex was able to use the facilities to erect four courts to allow NBA games to be played simultaneously, while two outdoor venues are used for soccer. The NHL chose Edmonton and Toronto as hub cities since the virus is not very widespread in Canada, after Las Vegas was ruled out due to a large COVID-19 outbreak.

The one league that refused to work in hub cities is Major League Baseball who insisted that all games be played at club fields. The Toronto Blue Jays are setting up to start playing at the Buffalo Bison’s minor league ball park after the government of Canada refused to allow teams to travel back and forth over the border without quarantining. Major League Baseball said it wanted games to be played in major league parks to accommodate television along with ensuring adequate facilities for players and officials. Moreover, while the three sports mentioned previously are already in the playoffs, MLB had yet to start its 60-game schedule along with playoffs, so players and league officials thought it would be unfair to players and umpires to stay cooped up in a hub city and bubble for up to five months.

The arguments may have been valid, but they have come with consequences. Unlike the other sports, which have seen no outbreaks, and in the case of the NHL not a single case of COVID-19, MLB has seen multiple outbreaks in Miami, Philadelphia and St. Louis. In fact, over 100 positive cases have been realized across the league since the season has begun. This has resulted in multiple games being cancelled and other teams not willing to travel to Miami and cities with big outbreaks. The league has even decided to base final season results on win percentage, rather than actual wins to accommodate all the cancelled games.

Thus far, no players seem to have any serious effects from the positive tests, although one player, Eduardo Rodriguez, a pitcher for the Boston Red Sox, tested positive for COVID-19 during the spring training games and the virus brought on a heart condition that has shut him down for the rest of the season, at least. MLB is sticking to its decision to ride it out, although there is belief that if there are any more outbreaks, a second wave, or if a player happens to get seriously ill requiring ICU hospitalization or worse death, they may have no choice but to shut the season down.

What is the NFL thinking?

That raises the question as to whether Roger Goodell's plan is still viable or whether the NFL should look at bubbles and hub cities.

In my last article, I suggested that MLB could have avoided the situation by using three hub cities in New York, Chicago and Los Angeles and I contend the same is true for the NFL and is even more feasible than with baseball. 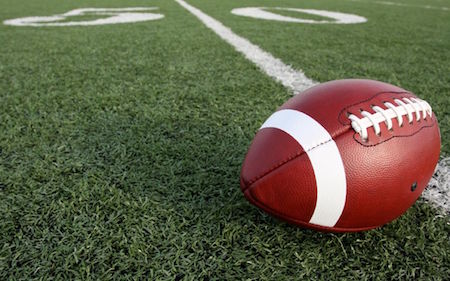 With 32 teams and bye weeks the NFL would have to arrange for 15 games a week. They can schedule the usual Thursday night, Sunday night and two Monday night games, meaning that 11 games would have to be played on Sunday. If the NFL used three hub cities that could accommodate up to 4 games each week, it would be possible. Los Angeles is the obvious city in the Western time zone as they have the infrastructure, the hotels to allow for bubbles and several viable stadiums. Aside from SoFi stadium, the city could also make use of the L.A. Coliseum and Banc of California Stadium. If a fourth stadium is required, even though it's a bit of a drive from downtown Los Angeles, the Rose Bowl would be a viable venue. In the East there are multiple options for hub cities that have numerous viable stadiums. These include but are not limited to Miami, New York, Philadelphia and Boston. The large number of Division 1 universities in the East opens up that opportunity. The Central would be the most difficult place to find hub cities although Chicago, Dallas and Houston all have the facilities and capability to host multiple games.

Unlike all the other leagues, the NFL would have the least to lose adhering to the plan also. While MLB relies heavily on ticket sales and local TV rights for their revenue, the NFL gets a much larger percentage of revenue from national broadcasting rights and merchandising, and the revenue is split evenly among all the teams. They also indirectly make a lot of revenue from gambling on the games. Undoubtedly, the teams will suffer from the loss of ticket sales and corporate suites, but the NFL teams are also far richer than every other U.S. sport and can absorb those losses for a year with no real effect. Perhaps the biggest concern with bubbles is that NFL players have proven to be the most reckless and unwilling to abide by rules than other sports, so there's no guarantee they will remain in their bubbles even if the league and the NFLPA agrees to it.

So, can the NFL play in hub cities with bubbles? Sure they can. But Roger Goodell has insisted on games at regular stadiums with fans in attendance and no doubt many team owners will likely concur, even if the number of fans is reduced to allow physical distancing. As well players may not be willing to stay in bubbles for a whole season. But if the health and safety of players and fans is paramount, the NFL would be best to cede to the hub and bubble model, at least for this year.