Do lotteries have any place operating sports betting if the goal is to maximize tax revenues?

Lotteries run sports betting in many states, provinces and countries, but is this really in the best interests of the general public and bettors?

Should lotteries be running sports betting?

In the recently passed Swedish sports betting regulation, the Swedish government called for fairness in gambling. The government is therefore looking to ban legal and regulated sportsbooks in the country from offering any lottery products, including the Swedish lottery, operated by Svenska Spel. At the same time, Svenska Spel offers casino and sports betting, so according to various sources the Swedish gambling regulator is prepared to tell Svenska Spel that they must choose what they want to be in the country and if they want to be the sole operator of the lottery, they must give up sports betting and casinos since it’s only fair to the other licensed and regulated casino operators and bookmakers. If they choose to stay in the sports betting and casino industry, then an open competition will be conducted for a new lottery operator.  This similar scenario occurred a couple of years back in Denmark.

The issue of what place the lottery should have in other verticals such as casino, poker and sports betting isn't new.

In Ontario, Ontario Lottery and Gaming (OLG) had a monopoly for online casino betting dating back to 2015, when they launched playolg.ca, and they had a monopoly on sports betting going back to 1985 when the country legalized the Sports Select product, which allowed provinces to offer parlay card betting as part of the lottery on a product they called Proline.

In August 2021, Canada amended the criminal code to allow single game sports betting and Ontario (along with other provinces), jumped in right away offering single game sports betting using Proline+. From August to April 2022, OLG had a head start and monopoly on all legal sports betting in the province. Things changed in April when Ontario opened the market to all companies who wanted a sports betting and/or casino license. In exchange for a $100,000 licensing fee per vertical and an agreement to pay 20% of gross gaming revenue to the province, any company that met iGaming Ontario's criteria could offer gaming to Ontario residents. To take full advantage of their head start, OLG offered huge incentives in late 2021 and early 2022 with multiple promotions, including a free $50 bet with no strings attached to the first 25,000 people who signed up at Proline+. There were other incentives as well and hundreds of thousands of Ontarians took advantage. So, when the open betting market went forward on April 4, 2022, sites such as FanDuel, BetMGM, Unibet, BetRivers and others had to offer similar incentives to get people to play with them instead of just relying on the lottery.

Since the launch of the open market in Ontario, there have been some gambling analysts and government officials (including individuals at the Alcohol and Gaming Association) asking the same question Sweden did. Is it fair for the lottery to be involved in sports betting and casinos when they don’t have the same rules attached to them that the other gambling operators did?

Since OLG is technically a non-profit extension of the government, all funds go to directly to provincial coffers, so it makes no sense to charge them fees. More importantly, is the province benefitting by having OLG as a sports betting operator or are they actually taking away money from potential provincial revenue? This is something that the government is currently analyzing and discussing and was addressed in a report in November by Ontario Auditor General Bonnie Lysyk which can be seen here: Ontario Lottery and Gaming Corporation: Casinos, Lotteries and Internet Gaming.

The report shows that private iGaming operators saw a 65% increase in revenues from the first quarter of operations (April to June) to the 2nd quarter of operations (July to September), while OLG only saw a 7% increase in revenues during that time excluding lotteries. And according to sources in the Ontario government, almost all of that was from online casino games, not sports betting. Naturally part of the increase in revenue was due to increased private operators, but most of the big names like FanDuel, BetMGM, BetCaesars, etc. were already operating by June and the higher revenue figures for private iGaming businesses was due to larger holds on sports betting. One well respected gambling analyst I spoke to called Proline+ a bust.

"When Proline was the only game in town, bettors were willing to accept an inferior product, but since private operators entered the market the flaws of Proline+ became evident. The offerings are far less than private operators, the odds are much worse, and the promotions are lacking. Every other operator offers bets like same game parlays along with bet boosts, while OLG ignores them. I've spoken to so many players who have abandoned OLG for sports betting and play with the larger brands because they get more bang for the buck," the analyst said.

The problem is that while many players have abandoned OLG, many others have not. The report suggests that OLG will hold on to about 25% to 30% of the iGaming market in Ontario and if they can not generate the same revenue that private companies can then in the end the province loses out. No one denies that OLG is best suited to run the lotteries and possibly even online casinos, but if they can’t compete with private operators in sports betting, it’s probably best for them to get out of the way.

In the rest of Canada, all sports betting and casinos are run by the lotteries except Saskatchewan. Scientific Games provides all the betting solutions for Playnow.com in B.C., Saskatchewan and Manitoba, but the lottery is still identified as the operator in B.C. and Manitoba, while the Saskatchewan Indian Gaming Authority is the operator of the Saskatchewan online casino and sports betting product. Sports bets at physical locations in Saskatchewan are overseen by the lottery. Many provinces are studying Ontario's approach and are waiting for long term results before considering whether to go that direction, but for the time being it doesn't appear other provinces are swayed. Alberta is the only one seriously considering an open market.

In the rest of the world, most countries exclude lotteries from offering anything other than lottery products, although in Japan and South Korea the lottery has a monopoly on all gambling, including sports betting. In Greece, France, Italy, Portugal, Spain and Switzerland, the lotteries do offer sports betting as part of an open market and some countries like Nigeria have an open market, but the lottery is the regulator. 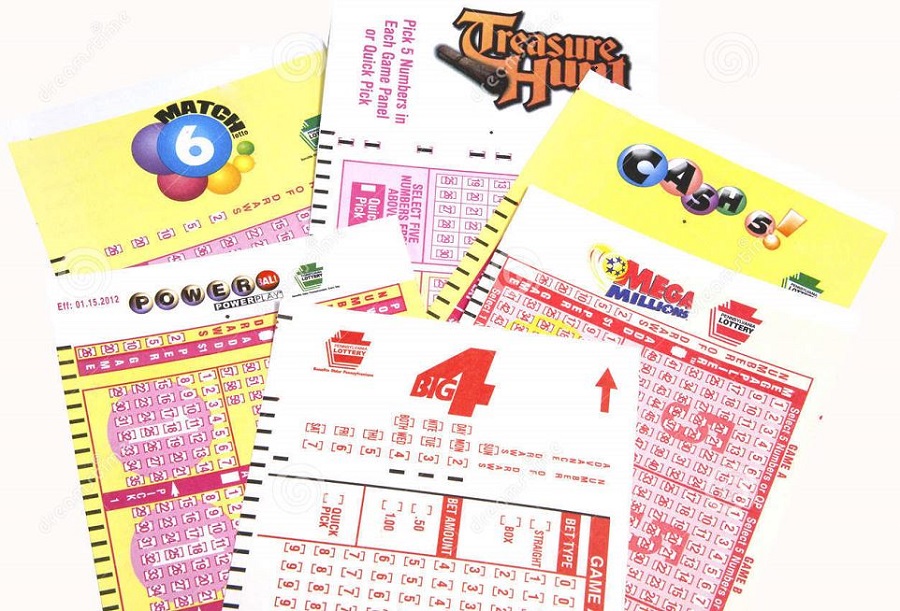 As for the United States, it’s a mixed bag. There are currently 31 states that passed laws for legal sports betting, and each is treated differently. In Montana and Rhode Island, the lottery is both the operator and regulator for all sports betting, while in Oregon and New Hampshire the lottery is the operator and regulator although all sports bets are placed via the DraftKings app for which DraftKings is given a fee. In Delaware, bets can only be placed in person at the three racetrack/casinos and in Virginia, West Virginia and Washington D.C. there is an open market, but the lottery is the regulator. In all other states it is a fully open market with a government entity other than the lottery acting as the regulator.

Are lotteries a good solution?

The question that has to be asked is whether the lotteries are actually measuring up against other operators in terms of revenue. If they aren't, then the lotteries are likely taking away tax money from the governments since the money being played with them would go to other operators. And looking at the revenues the answer is clear. States that have an open market such as New Jersey, New York, Illinois and Pennsylvania have sports betting revenues over a billion each month (PA was slightly lower), while states like Montana, Oregon and New Hampshire have been unable to even get $50 million in a month. And even when considered on a per capita basis, the revenue and holds in each of the lottery run states have revenues far lower than those with an open market. And again, lower revenue means lower taxes used for government programs like health and education.

So, while no one denies that the lottery has a place in society running lottery products such as Powerball and Mega Millions, along with some sports products that are more a lottery than real sports betting such as pools, there can be no argument that as part of an open market, the lottery is a drain on revenue. And if the ultimate goal is for the governments to maximize taxes by taking a tax on total revenue, they are doing themselves no favors by having the lottery be a major part of the sports betting industry in the province or state.