Looking at the NFL Week 10 card a week ago, and then when Sunday night was finished following Week 9, I was quite certain we would have another big card for NFL Underdog picks. As I've been traveling and caring for a family member, I was planning on publishing a number of picks that were in consideration and then updating the official Fairway Football Forecast picks by Friday. 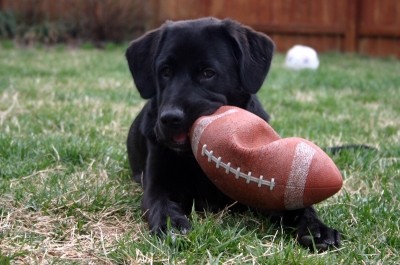 Unfortunately, I've been unable to keep up with the football end of my priorities and commitments, so I've added all picks and analysis below knowing that we missed out on the Vikings with the line move sharply down at Buffalo with QB Josh Allen's uncertain status. And Thursday's Carolina win as home 'Dog was in the mix and it played out with rushing guidelines (232 rushing yards). But the incompetence of some of the questionable quarterbacks taking snaps for more NFL teams leaves us more hesitant to get behind these teams.

That includes the Tennessee Titans with their rookie QB Malik Willis, who I indicated was not ready to be a starting NFL quarterback ahead of Week 8. Willis has completed 11-of-26 passes for 135 yards and zero TD's with 1 interception in two starts.

So running the football and controlling the ball, clock and chains still has plenty of room to run in beating the NFL, as the Panthers proved again Thursday despite a questionable quarterback taking snaps and trying to pass - in PJ Walker's case, for 101 yards. The week before in a blowout loss at Cincinnati, Walker completed 3-of-10 passes for 9 yards and 2 interceptions. That is not a misprint. Can the NFL please help us before it's too late?

Maybe not, as this Sunday, the NFL decided to add the first NFL regular-season game ever played in Germany to the schedule. And since we're late to the party, the line has moved down from Tampa Bay -3 to -2.5 vs Seattle. We're still going to add the Seahawks to our underdog picks and trust our rushing guidelines and that Bucs QB Tom Brady will continue his sub-par play and Seattle QB Geno Smith will continue his strong season and minimize mistakes as the Comeback Player of the Year favorite at the leading online sportsbooks.

We head into Week 10 with a 18-15 ATS mark on our NFL underdog picks with 17 outright winners this season. The 5+ year record posting underdog picks is 148-106 (58.3%). Plenty to like about that and last year's 28-12 ATS 70% season as we push into the second half of the 2022 NFL season and shoot for more birdies, green and bonus cash - which Fairway's Followers enjoyed last Sunday in Week 10 with two more outright winners on the Detroit Lions (+160) and New York Jets (+460). Gang Green and the Jets-Jets-Jets were great in taking down the Super Bowl favorite Buffalo Bills 20-17 as an 11.5 point underdog.

Be sure to monitor the betting lines and NFL Week 10 injury reports. And check out all the betting options and lines including moneylines at leading online sportsbooks with 'B' for betting this week - BetOnline, BookMaker, Bovada, BetUS, BetAnySports, MyBookie, Bet365, BetFred and get in the game with BetNow.

If you can't stomach making all those bets, missed better lines and don't care for the pick, then reduce your wager size or pass. Review the proven results and history, and know that our only week of real trouble this season was when our four teams and picks combined for 12 turnovers and our opponents had 3 that week. You won't ever overcome those turnover margins or return a profit when betting the NFL if the unfortunate turnovers or bounces of the ball don't go your way.

Early in the 2022 season, we had two other huge cards and NFL underdog picks of at least six side selections. We went 4-3 in Week 1, and 6-2 in Week 3. With 17 outright winners this season out of 18 ATS winners in 33 selections, you should know by now to add a portion of your bet to the moneyline. Even when you think to yourself or listen to the talking heads say, "No way the Jets can beat Buffalo." Sure, you bet.

The Bucs run the ball just 20 times per game for 60 yards per game - both league lows. And it's worse over their last three games averaging just 47 rushing yards per game. We know the Seahawks will pound the ground with RB Kenneth Walker III, who has taken over for injured Rashaad Penny and rushed for 512 yards over the last five games. The Bucs run defense is below average this season allowing 125 YPG and 4.6 yards per rush. Teams that run the ball less than 23 times in a game this season are 13-63 SU and 12-64 ATS. Teams that outrush their opponent by at least 30 yards are 62-20-1 SU and 63-17-3 ATS. Do it again, Geno and beat Brady this time.

The Jaguars (3-6) snapped a 4-game losing streak to rally from a 17-0 deficit and beat the Raiders 27-20 last week. All six of Jacksonville's losses this season have been by one score. The Jags run defense is allowing just 4.0 yards per rush - tied with the Jets for best in the AFC.

And Jacksonville's running game is on par with the Titans, and the Jaguars have rushed for 167 YPG over their last three games and 148/game for the season. The Chiefs (6-2) continue to find ways to win with last week's OT win over the Titans in a game KC dominated statistically while facing the most incompetent quarterback in the league. Patrick Mahomes passed for 378 yards and 3 TD's and continues to play at an MVP level. Jacksonville coach Doug Pederson has deep ties to KC coach Andy Reid, and he'll have the Jaguars ready as he did with wins over common opponents Raiders and Chargers, who both (should have/could have) beaten the Chiefs.

We got some of our money back on the Lions (2-6) last week, but Detroit was out-played and out-gained by Green Bay, who suffered 3 INT's by QB Aaron Rodgers. The Bears (3-6) defense has surrendered 84 points the last two games after trading two defensive stalwarts. These are the two worst run defenses in the NFC allowing nearly 150 yards per game but both have been better that last three contests. Bears QB Justin Fields sucks as a passer. Disagree?

Okay, through 9 weeks this season, Fields ranks 34th of the 34 quarterbacks that qualify in Football Outsiders DYAR (Defense-adjusted Yards Above Replacement). So when the guy can't read or process a defensive coverage, he takes off and runs. Or by design. Fields has rushed for 91 yards per game over the Bears last five contests including an amazing 178 yards last week. Well, the Lions will run the ball well also with their two RB's who are supposed to carry the ball and load. The Bears do have a solid secondary, and Lions QB Jared Goff has been historically bad playing in cold weather - and it's expected to be mid 30's with up to 10 MPH winds Sunday at Soldier Field. That's my concern, as this Lions team was good enough to fight with the Cowboys top tier defense before fumbling the game away early fourth quarter, and had the Vikings beat on the road before clueless coach Campbell made more of his weekly mis-judgments and mistakes. Detroit also rallied to lose to the undefeated Eagles by 3 in a shootout, Seattle by 3 in another shootout when they allowed more than 200 yards rushing and we hit the 'over', and blew another lead at home against the Dolphins and lost 31-27 taking +3.5 but cashing another over the total winner. Yes, the Lions find more ways to lose than win, but we'll stick with Detroit again.

The Broncos (3-5) enter off a bye, and figure to have game planned for the Titans running game and improve their run defense allowing 4.9 yards per rush. By other advance metrics and Football Outsiders DVOA ratings, the Broncos have some edges including in expected points added per play. There are concerns with the Broncos missing some offensive lineman. But QB Russell Wilson (hamstring strain) figures to be healthier off the bye week, and Tennessee (5-3) will now be without four defensive starters including DL Jeffrey Simmons, who has 34 pressures this season to rank No. 2 among interior defenders. Yes, the Titans are on a 5-1 SU and 6-0 ATS run. Yet this team is a fraud, and clearly that won't continue if incompetent QB Malik Willis continues to take snaps and the defense is weakened. The Titans have played two teams with winning records. The Broncos are another loser, and so are the Packers next Thursday when the Titans get beat again in Green Bay. Even if QB Ryan Tannehill (ankle) plays for the Titans, Denver is a winner this week.

The Browns (3-5) are also coming off a bye, and Cleveland rates near even with Miami (6-3) in terms of EPA (expected points added) per play. The Browns and NFL leading rusher Nick Chubb look like they will have a sizeable rushing advantage. Perhaps QB Jacoby Brissett will have a game without an INT or fumble (5 INT's and 3 fumbles lost this season).

The new-look 49ers with RB Christian McCaffrey have bettors believing, and the bookmakers know it with this inflated line on San Francisco (4-4). The Chargers (5-3) ground game is lacking averaging just 89 YPG and even less over their last three contests. But recall in Week 5 the Chargers went to Cleveland and rushed for 238 yards in a 30-28 win. And in Week 2 they should have beaten KC but lost 27-24. The 49ers defense has some solid stats, except they were blown out by Kansas City at home 44-23. Of course we'll take 7 points and also bet the moneyline with the Chargers and elite QB Justin Herbert.

Both QB's are game-time decisions, so we'll pass for now and see how it plays out for Kyler Murray (hamstring) and Matthew Stafford (concussion protocol).

More Packers injuries and questionable players status into Sunday has us holding off of Green Bay (3-6), even as a 5-point 'Dog to the Cowboys (6-2) with the Pack riding a 5-game losing streak. The Packers stock and market appeal has hit an all-time low under QB Aaron Rodgers. But under Rodgers, the Pack bounces back with Green Bay 9-1 SU and ATS in his NFL career after the Packers scored fewer than 10 points the previous game, including 4-0 SUATS in non-division games.

Check back Sunday for any upgrade, additions and analysis.

Update Sunday morning - You can now take +7.5 on Chargers across the board. No additions to Picks above. Too many injuries on Green Bay to back the Pack. Same pass on Cardinals, as QB Kyler Murray is now likely out. Vikings (+6.5) considered at Buffalo with more points, but pass as well. Bills QB Josh Allen is now active and could start. Bills tight lipped until just before kickoff. But you can take +7 on Vikings (-115) at BetOnline, and that would be recommended as opinion, as line will drop down if Allen doesn't play. Still considering Commanders as big 'Dog Monday night.

FairwayJay is a proven sports handicapper with unparalleled success in NFL pointspread prognosis. Fairway is recognized as one of the sports industry's insightful analysts, and he chips in additional sports betting coverage and reporting on industry news and events. Follow FairwayJay here at OSGA.com and on Twitter @FairwayJay for more gambling insights.