Hot Betting Events for the Weekend of June 19-20

Huge betting opportunities are on tap for this weekend. Check out this week's betting tips for NBA Playoffs, UFC, Fight Night, NHL Playoffs and Wimbledon!

If you didn’t realize it yet, it’s not actually summer. That comes after this weekend, but already the sports betting schedule feels like summer. . .

It’s possible there is no NBA action this weekend, unless a series ends up with a deciding Game 7. The NHL is down to four teams and the schedule is dominated by a weekend full of MLB games.

There is a UFC Fight Night and, while Wimbledon doesn’t start until June 28, you might want to lock in your futures bets now.
Here’s a look at the hot betting events for the weekend of June 19-20. Take a look here to see last week’s events.

NBA Hot Betting Events
As mentioned, the only chance of weekend NBA action is if one of the three remaining series currently in action goes to a deciding Game 7. Should one of those series reach a Game 7, bettors should consider the following.

Play the Under. Game 7s are notoriously brutal as teams clamp down on defense in an effort to advance. Every possession is meaningful. Pace slows and historically Unders do well.

WELCOME BACK FOOTBALL, WE’RE WAITING FOR YOU 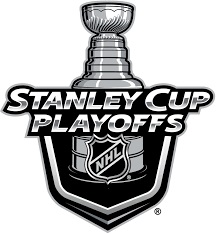 The two NHL semifinals series will both be in action. Tampa Bay will play at the New York Islanders on Saturday and Vegas is in Montreal with the Canadiens on Sunday.

The Islanders and the Golden Knights are the two best defensive teams in the NHL. New York won Game 1 over Tampa Bay 2-1. Ironically, the Under is 7-2 in the Lightning’s last nine games.

When the two teams play in New York on Saturday, the total will likely be set at 5 and possibly 5.5. It’s an indication of how good both teams are defensively. Consider playing the Under.

The same is true for Vegas-Montreal on Sunday. The Under is 4-2 in the Knights last six games and 5-2 in Montreal’s last seven.

On Saturday, the Korean Zombie - Chae Sung Jung - takes on Dan Ige in the main event in the featherweight division at UFC Fight Night.

The match is a pick ‘em with both Jung and Ige given odds of -110 to win. Jung was a -194 favorite in his last fight but was upset. That leaves him at just 3-2 since missing time away from MMA due to military service in South Korea.

Ige, on the other hand, is coming off an impressive first-round knockout of Gavin Tucker in March. Ige is 7-1 in his last eight fights. Maybe momentum will play a role in Saturday night’s fight.

So, Wimbledon doesn’t actually start this weekend, but you might want to get your futures bets in now. Novak Djokovic is the favorite in men’s singles at +125. He has been dominant this season winning both the Australian and French Opens so far.

If you wait, it’s likely that Djokovic will dip into minus-money. He’s just that good.

On the women’s side, it’s a train wreck. Naomi Osaka is the favorite and might not even play. Several others listed at the top of the board pulled out of the French Open with injuries.