A look at Week 1 of the NFL season, with betting advice and tips from analyst Howard Schwartz.

Sportsbooks worldwide are now open for NFL Week 1 wagers, which begins in thirteen weeks. According to analysts on the NFL Network, ESPN, and FOX, every team has gotten better and, as such, are in the process of confusing the public for the first 3 – 4 weeks of the season. As past seasons have proven to us, these early games are always more difficult to handicap. Most teams are, in fact, not ready. Each team has a number of players who have suffered injuries during the off & pre-season which, in turn, causes teams to lack the timing, continuity and execution of plays that we, the public, see during the first 3-4 weeks. 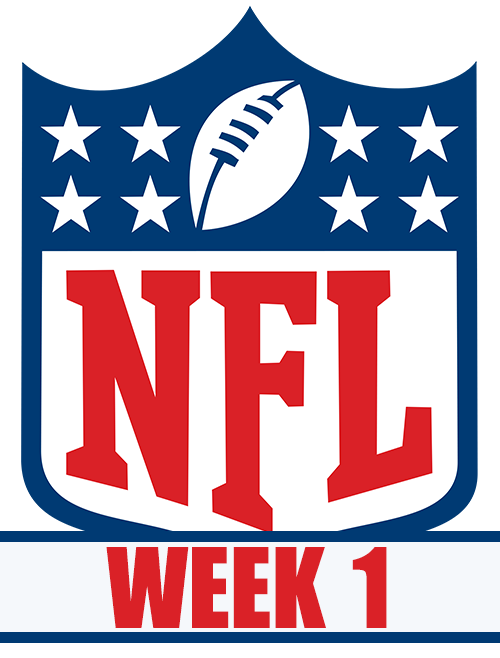 Every team wants an Elite QB for one reason and one reason only: they win the big games. The teams with newly drafted QBs hope that their new stars will develop past their college days, while other teams who have traded for a more established QB keep their fingers crossed that a new QB will elevate an organization. The last three years have turned the NFL upside down, between the ongoing COVID-19 pandemic and the transition of a newer playing style within the NFL (pass now, pass later and pass again). Up to now, a majority of the teams have drafted or traded QBs. I have a list below of each starting QB and their career record in games started. The Elite QBs (*) are highlighted in blue.

We call eight of these quarterbacks elite because they win more times than they lose. When they win, we win. These 8 QBs (Rogers, Brady, Stafford, Garoppolo, Allen, Jackson, Mahomes and Wilson) know how to win. Here are their matchups for Week 1.

The list of the elite 8 includes Mathew Stafford for a number of reasons - in his 12 years with Detroit, he led the league with 38 comeback wins, 31 of them were in the 4th quarter. His trade to the Rams that culminated in a win at the Super Bowl shows us he belongs in this group.

Unofficially we can add Joe Burrow and Deshaun Watson to this list, if they play to form this coming season. That’s for another time and another post.

Let's return to the list and look at one of the aforementioned games - 49ers at Bears. Simply put, the Bears are a team in transition. The Bears have a new GM and Head Coach. They lost Khalil Mack on defense, Tarik Cohen at RB and their # 1 receiver Allen Robinson. Justin Fields is their 2nd year QB and lost to the 49ers 33 – 22 last year. The Bears had no first round draft pick and are predicted to win 6.5 games in the over/under total win wager for the 2022 season at the top online sportsbooks.

On the flip side, the 49ers finished the 2021 season on fire, winning four of their last 5 games. They have two starting quarterbacks, which is a problem for them and us. Jimmy Garoppolo is competing with Trey Lance to become the starting QB. Our choice is Jimmy G, because he wins games. He is 3-0 lifetime vs Chicago, which includes the win in 2021. As a starter, he is 33 – 14. The down side on Jimmy G is his inability to stay healthy enough to play week in and week out. San Francisco has a better team. They are loaded with stars. Deeboo Samuel, George Kittle, Nick Bosa and more.

The line is currently -6.5 for the 49ers and -280 on the money line. Of the games we listed, this is certainly one of the better match ups to keep an eye on.

We zeroed in on this game and the other six to give you a head start for 2022. This season, seven of the eight teams with a winning QB open on the road in week 1. At OSGA, we give you our pick, and the many reasons why. Come back every Wednesday now until September, as we put you ahead of the curve in betting NFL football.

Howard Schwartz has been providing betting insights for over a decade on Facebook. Check out his social media group for more betting tips and Super Bowl wagering advice.