Kenyan cut down on gambling may be more political than necessary

The government in Kenya has shut down many online gambling sites under dubious circumstances.

Players, workers and operators furious over government shut down of sites

Gambling in Kenya has been legal since 1966 when the country created the Kenyan Betting Control and Licensing Board which has the full authority of regulating gambling and issuing licenses. The government always taxed operators on their income, but two years ago the Kenyan government stated it was going to add a 35% tax on gross profits from operators, which was met with backlash from those operators who said it would make them unprofitable. The Kenyan government backed down in late 2018 and cut the proposed tax to 15% of gross profits and instituted a flat 20% on customer winnings to be paid by the bettors. While still quite high (although nothing in comparison to Pennsylvania’s sports betting tax), the Kenyan online operators seemed content with the new rules. The Kenyan government, however, has accused most of the online gambling operators of shortchanging them on taxes and last month said that unless the operators paid up everything that was owed with proof of remittance confirmed by the treasury, the companies would be shut down on July 1. The operators, however, claimed that the government’s revenue claim was wrong, and not only did they pay all taxes that were owed, but they also contributed to the economy in other ways as well, with sports sponsorships and helping youth get into sports. Nevertheless, the government refused to listen and said the companies were not paying their fair share and set out to shut the companies out of the Kenyan market.

Aside from taxes, the  government and anti-gambling groups have suggested there is a bigger social concern in Kenya, namely addicted gamblers under the age of 18 and they are blaming foreign owned gambling companies. The government contends that the gambling companies are targeting youth with their advertising which is against the law, and as a result, over 70% of youth in the country gamble.  Consequently, the country instituted a gambling ban on TV and radio between the hours of 6 am and 10 pm and a complete ban on gambling advertising on social media and outdoors where youth tend to hang out. The Sunday Times, a UK newspaper, said that gambling among kids as young as 14 is common and they observed kids in the slums of Nairobi openly gambling. The government also contends that UK based sportsbooks, like Betway, are the most to blame by putting their logos on soccer uniforms and enticing youth in other ways. Interior Minister Fred Matiang’i stated this in a press release:

"Rogue behavior in the betting and lotteries industry is endangering the lives of our young people. This cleanup has just started and we will carry it through no matter what it takes, because young Kenyan lives are worth saving,"  Matiang’i added: “76 percent of youth in Kenya are bettors – this is the highest figure in Africa, while half a millio' have been blacklisted by lenders because they borrowed to bet and failed to pay back."

As a result of youth gambling, unpaid taxes and concerns about money laundering (the government contends the true ownership of many operators is unknown), last week the government announced it was not renewing the licenses of 27 sportsbooks with the five biggest names being SportPesa, Betin, Betway, Betpawa and Easybet. In order to carry out the order and ensure that no Kenyans can bet with the 27 companies the government ordered the three mobile networks Safaricom, Telkom and AirTel to withdraw the paybill numbers of the companies from their networks.

The online betting industry in Kenya is conducted via mobile money transfers by gamblers to gambling sites. To place bets, gamblers load money into virtual wallets run by the mobile networks (think Sprint Pay). Once the money is loaded, the bettors then direct the money to a paybill, which is owned by the gambling operators and an SMS text is sent by the sportsbooks to the client indicating the money is received and the funds are available for wagering. Effectively this is similar to NETeller or Paypal except it is completely controlled by the telecom companies. The revoking of licenses was supposed to take place immediately, but many Kenyans had money in accounts with these companies, and without access to the paybill, funds could not be withdrawn. Not surprisingly gamblers were incensed they would lose their funds, so the Kenyan government told bettors they would not shut down the paybill numbers for 48 hours and they had until last Friday to withdraw all money they had at those sportsbooks or lose it forever. I have been told the paybills were extended briefly (likely until Wednesday July 17) to allow gamblers who were out of the country to get their money.

If this situation sounds familiar to Americans, it should. In 2007 the U.S. government seized all funds in transit via NETeller and only allowed money to be withdrawn months later after the accounts were opened briefly for customers to get their money out, but in both cases the bettors were made to feel like they were doing something wrong, even though, in neither case were they breaking the law.

Not all online sportsbooks shut down 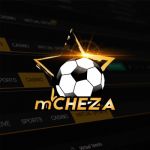 According to the Kenyan news site DailyActive.info several companies did have their licenses renewed, including Bet Lion, Mcheza, Kwikbet, Odibets, Gamemania, Bet Palace and Betika. Kenyans can legally wager with these companies without concern. And according to DailyActive each of these sites are Kenyan owned and some, if not all, have strong connections to the Kenyan government, making skeptics wonder whether the refusal to renew the licenses was more political and an attempt to force bettors to get away from the foreign owned sportsbooks and instead gamble with the few preferred Kenyan owned companies. According to DailyActive, Mcheza is associated with a very famous Kenyan TV personality, who more or less pumped her life savings into the company and oversaw the national news station CitizenTV. And Odibet is associated with Kenya’s former President Mwai Kibaki and his family. It also listed how the other companies given licenses will benefit the government in some way. 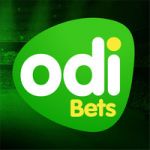 An EU analyst I spoke to familiar with the Kenyan industry agreed and said it was very fishy that all these other companies that had their licenses renewed supposedly paid taxes that the others didn’t. And he said that Mcheza and OdiBets advertises as much as any of the companies that were shut down and that their advertising can be viewed as even more teen-focused than places like SportPesa.

Regardless of the reasons for revoking the licenses, many workers at the sites being closed down are just mad about the situation.

SportPesa alone said it would have to lay off 600 workers and it is expected that the total job losses at the sportsbooks and other companies that will be affected by the closures – such as the mobile networks – could be in the thousands. And in a country with an unemployment rate over 10% that is a major blow. Social media sites and letters to the editors in newspapers are telling the Kenyan government that if they are going to shut down these operations then they owe it to the affected workers to find them other comparable jobs. And according to people I spoke to, the jobs in the gambling industry in Kenya pay substantially higher than comparable jobs in other industries. When the U.S. government effectively shut down the gambling industry in Antigua it was a major hit which saw unemployment soar in that country and many of those who worked in the gambling industry are still out of work. One worker from WSEX a few years back was in tears when talking to me and said that no one cared about them in the whole fight between the U.S. and Antigua. She said to the U.S. government they were just collateral damage. Unfortunately, it appears that in Kenya the government views the workers at the 27 sites that are to close in the same way.

Kenya is a Republic with the Queen of England still technically head of state, but it is also a developing country with a low human development index, with over 25% of the population making less than two dollars a day! Unlike other African countries it is not a dictatorship, but accusations that leaders are open to corruption is still rampant. The foreign owned gambling companies have given the economy a boost, including good paying jobs but it seems the government in Kenya has chosen to make them the scapegoats for social issues, and also to take away their business to force bettors to play with the chosen few the government has deemed more desirable. This may not be the works of a dictatorship, but it still stinks to high heaven.