FairwayJay looks at the Miami Dolphins successful turnaround season but warns of a Dolphins nosedive and missed playoffs.

The Miami Dolphins have been one of the pleasant surprises in the 2020 season in what was projected as a massive rebuild from a season ago. Following an 0-7 start a year ago that had Miami as huge underdogs of 14 or more points in five of their first seven games and rally to win 5 games for the season, the Dolphins have responded swimmingly with an 8-4 record and on the cusp of a playoff berth in the closing stretch of the 2020 season. For sports bettors, the improved play of the Dolphins has been even more rewarding when wagering on Miami. The Dolphins have the best against the spread record in the league this season going 9-3 ATS when betting at the leading online sportsbooks. I challenge anyone to have forecast those profits betting on Miami, or even eight wins at this stage of the season.

Now the stakes get steeper and the water deeper as the Dolphins try to swim home safely and hold onto a playoff position. A potential for eight playoff teams in each conference is also in place following the NFL's contingency plan approved in early November. Recall that's when NFL owners voted unanimously to approve the addition of one playoff team to each conference in the event that the league is unable to complete its regular season schedule as a result of COVID-19. After watching the league approve the Ravens and Steelers game last Wednesday after multiple rescheduled dates, it appears the league will do whatever it takes to play the games as scheduled.

Starting with Week 14, Miami's closing four games will have the fish as underdogs three times with the trip to Las Vegas after Christmas looming very large. The pointspread in Week 17 at Buffalo will hinge on what's at stake for the division and if the Bills have already secured the division title and locked in their playoff position.

A look at the AFC playoff picture shows Miami (8-4) currently in the No. 6 spot in the expanded seven team conference playoff race. The Dolphins still have a shot at the AFC East title trailing the Buffalo Bills (9-3) by just one game. Considering the Dolphins season win total at BetOnline was six wins back in April, the season has to be considered a success for the team and coaching staff.

But with the playoffs in site, the mindset and expectations change, just like the point spreads and projections each week. The addition of key defensive personnel has helped Miami go from last in the AFC allowing 398 yards per game last year and 6.0 yards per play to 355 yards per game and 5.6 yards per play this season – both near league average. The Dolphins defense blitzes on 41% of opponents’ dropbacks, which is the most in the NFL. Miami's defense went up against the Broncos, Jets and Bengals (backup) quarterbacks the last three weeks, who all rank low in Pro Football Focus' quarterback position rankings. Those games all came in 'under' the total and Miami has now played 8-of-12 games under the totals this season. The Dolphins will have to score more the final four weeks to have a chance as Miami's final four games will be up against a quartet of quality quarterbacks in league MVP Patrick Mahomes, Cam Newton, Derek Carr and Josh Allen. 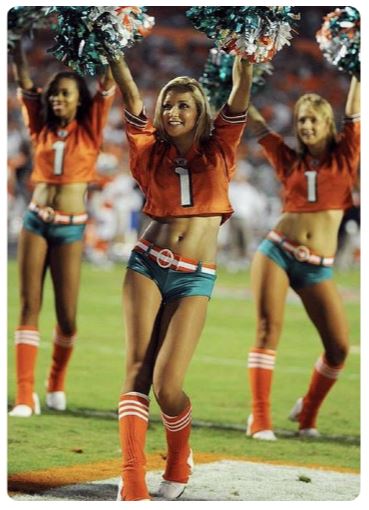 Juggling veteran quarterback Ryan Fitzpatrick with rookie Tua Tagovailoa since the bye week the end of October has seen Miami go 4-1 with Tua as starter and 5-1 overall. Tagovailoa is going to find the going tough down the stretch if coach Flores sticks with the rookie. Tua has completed just three of his 14 passing attempts targeted 20 yards or more downfield, and he's averaging just 5.7 yards per pass play this season while Fitzpatrick is averaging 6.9 yards per pass.

The Dolphins plus-7 turnover margin is positive, but Miami’s special teams improvement to one of the best in the league is understated and not given enough credit. Miami's 16.8 yards allowed per kick return is best in the NFL. The Dolphins also have the most punt return yardage in the league and a field goal kicker in Jason Sanders who has made 28-of-29 field goals and not missed an extra point attempt.

All that aside, the Dolphins faced two poor defenses that rank in the bottom tier the past few weeks. And against two quality defenses faced since Tua took over at quarterback, Miami gained just 223 yards at 3.7 yards per play at Denver and 145 yards at 3.0 yards per play against the Rams. The online sportsbooks are not buying in on the Dolphins in their final four games. Neither is FiveThirtyEight, the data driven analysis site that projects Miami with a 34% chance to make the playoffs heading into Week 14.

The Dolphins may sink sharply and not win another game this season. And one more win won't be enough for Miami to make the playoffs, even if it comes against the Raiders (it won't).