The a full slate of NFL pre-season action and MLB betting for this weekend.

The NFL preseason is often tough to watch and certainly tough to wager on, but even the top handicappers think that there is value in some off the earliest games. So far there have been just three games, but this weekend every team is competing.

Don't expect to see any snaps for the likes of Derrick Henry, Aaron Rodgers or Joe Burrow, but look for rookies and teams that haven't finalized their starting QBs to let the first unit go a little longer. This is where there may be some opportunity for sports bettors.

Broncos at Vikings - The Denver Broncos head to Minnesota for both teams' first games. Denver is looking for either Drew Lock or Teddy Bridgewater to step up and take the starters' job. That should mean that both will see some significant playing time. Meanwhile the Vikings will be sitting Kirk Cousins. Not surprisingly, the Broncos are two to 2.5 point favorites at the top online sportsbooks.

Cincinnati Bengals at Tamp Bay Buccaneers - We know Burrow won't play, coming off a season-ending knee injury in 2020, but Tom Brady is slated to play at least one series. The Bucs returned every single player from last year's Super Bowl squad, while the Bengals are still in a build mode, acquiring talent along the way. Tampa certainly has the edge in that category. The Bengals were terrible last year on offense without Burrow, finishing at 28th offensively. Tampa Bay is currently a six point favorite at BetOnline and should cover that spread easily Saturday night.

Los Angeles Chargers at Los Angeles Rams - Last year the Rams had the No. 1 defense in the league and this year have a new defensive coordinator in Raheem Morris. The Chargers have been ranked by some as a top defense in 2021. This is the first-ever game at SoFi Stadium with fans in the stands which may ignite some spark for the Rams. Fans will get to see the NFL Offensive Rookie of the Year, but QB Justin Herbert is on the other side of the field. They certainly won't get to see new QB Matthew Stafford or the likes of some of the stars on that top rated defense. The total at WagerWeb on this game is 32.5 for a reason. Expect to see a low scoring affair, with a very vanilla playbook on both side of the ball for both teams.

Though there are a bunch of NFL games, the real meat and potatoes for betting this weekend lies on the baseball field. Pittsburgh, the Cubs, and the Orioles are all suffering through with game losing streaks. 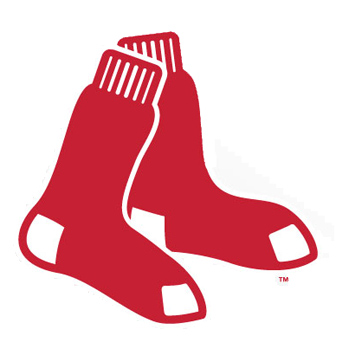 The O's head to Boston and this may be just what the Red Sox need as they try to right  the ship heading down the stretch. Boston was riding high before the All-Star break, but has had a terrible run, winning just three times in their last 13 games. Much of that trouble lands on the bullpen, which has a WHIP well over 2 in their last seven outings. Boston is -425 to win this series, which is likely. Red Sox left-hander Chris Sale is set to make his first start in two years on Saturday, which is exciting for fans and bettors of the Sawx. A wager on Sale and the Sox in the first 5 innings Saturday afternoon would be a solid bet. The Orioles haven't announced a Sunday starter yet.

A better wager may be the series price for the Milwaukee Brewers, who travel to Pittsburgh to take on the hapless Pirates. The Brewers currently sit atop the NL, with a whopping 70 wins. BetOnline has them at just -265 to win the weekend series. The Brew Crew is 7-3 in their last 10 while the Pirates are just 1-9.

Many of the top golfers skipped this tourney and our own FairwayJay outlined any of the betting opportunities earlier in the week. He highlighted Sungjae Im and the Japanese star is within striking distance heading into the weekend. He currently listed at 40-1 at many sportsbooks around the world. Justin Rose has played well thus far and sits within striking distance at 11-1. But the lowest odds at the top of the leader board belong to Webb Simpson, who is currently less than 3-1 to win the tourney. He's recorded eight top-10s at the Wyndham Championship, including four consecutive top-3 finishes. If you can find it, a wager on Webb to finish in the top 3 is a solid bet.

Best of luck to bettors with all of your wagers this weekend.