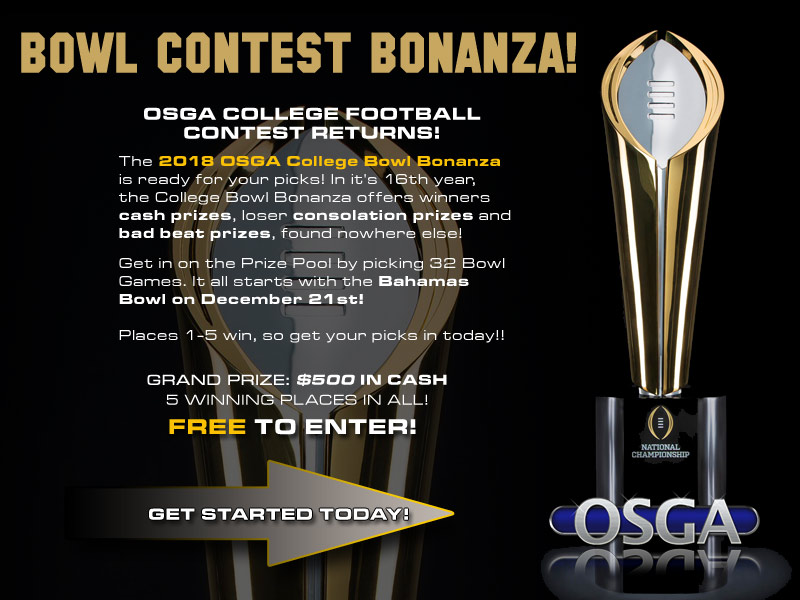 Players can win cash and sports betting prizes by entering before the Bahamas Bowl kicks off on Friday.

The 2018-2019 OSGA College Bowl Bonanza is back and players can get in on the action for FREE.

In our 20+ years we have taken great pride in running some of the top football and basketball contests that players can enter without any fee. In recent years, all of the bigger prizes have been cash, because that's what players want! But we also try to make the contest fun and interesting with extra prizes, weekly prizes for season long contests and a chance for every player to cash in.

The 16th College Bowl Bonanza is no different. Players will pick 32 bowl games, including the National Championship, using the point-spread. Each pick is worth one point and the player with the most points after January 7 wins the top prize of $500. The top five places will win part of the $1000 cash prize pool. 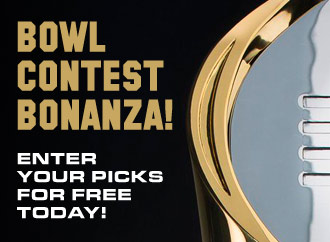 For players who don't win the big money, there is both a Consolation Prize of a Free $25 NFL bet and a bad Beat prize of 100% bonus at our contest sponsor, Skybook.ag.

Here's how it works:
The OSGA Member with the highest point total will win $100.
It's that simple. It doesn't matter where that player finishes in the overall contest, as long as they beat out every other OSGA member who plays. The opportunity exists for a player to finish in 32nd or 40th place . . .  and still cash the member prize.

Get involved today at http://www.osga.com/2018-ncaacontest.html.