Will Tennessee sports bettors be willing to pay the price for a mandated 10% minimum hold on their wagers? Don’t bet on it.

A long-held myth in Vegas or for anyone who ever made a sports bet through any means, is that a bookmaker is getting rich on their wagers. Every "bad beat" or every half point loss was adding another road to easy money and guaranteed fortune for BetOnline, Rocco and MGM. Well, if it makes you feel any better, it simply is not statistically true. However, the state of Tennessee aims to change all that.

For decades, Nevada has been operating on a basic "hold" or percentage profit of approximately 6% of the "take" or amount of wagering dollars they collect. In comparison, that is not nearly as lucrative as the profit percentage many casinos guarantee through slot machines, with some operating as high as 11-12%. Often table games can be this category lucrative as well. And in its heyday, the rake or commission offered on poker tables also provided a nice guaranteed profit to augment total casino operations.

Today, the hot U.S. legislative button among several states is adding legalized sports wagering. While groundbreaking states, including New Jersey and Pennsylvania, have adopted a reasonable forecast into their casino business plan, it seems a few neophytes like Tennessee have bizarre dreams of grandeur. 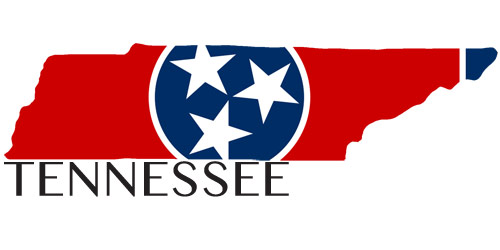 According to reliable sources, Tennessee is hoping to go live with online betting only sometime between July 1st  to September 1st, despite the COVID-19 crisis and lack of a full calendar of traditional sports bets. The unique and frankly admirable distinction here is Tennessee being the first state to adopt an online-only format. It both indicates their decision not to build full casino wagering outlets, but more bowing to undebatable proof of bettor preference for both online and phone wagering.

Governor Bill Lee allowed the sports betting bill to become law back in May 2019, but the adjoining regulations are highly controversial and sure to become quite unpopular on several fronts for many legitimate reasons. Here is a synopsis:

Tennessee will cap the amount a bettor could win at 90% of their original stake, becoming the first state to mandate that the books generate at least a 10% hold (profit). As an example, if a book takes in $1,000,000 in bets and makes $100,000 in revenue, its hold percentage would be 10%. Again, in comparison, Nevada has historically maintained a hold rate in the 5-6% range. Nevada and Pennsylvania have struggled to maintain an approximate 6-7%, bolstered by a few good months before the Coronavirus hit.

Tennessee will also require new operators to pay a much higher annual licensing fee ($750,000) and tax rate (20%) than other states that have come onboard since PASPA (the Professional and Amateur Sports Protection Act) was overturned in May 2018. Illinois ($20 million for online-only operators) and Pennsylvania ($10 million) have the steepest licensing fees, while New Jersey ($100,000), Indiana ($100,000) and Iowa ($45,000) have opted to go much lower.

Online sportsbooks that want in on the action in Tennessee can start applying for their licenses this week. The Tennessee Lottery, which will regulate sport betting in the state, will have ninety days to approve or deny those applications.

Several sportsbook operators are planning their non-refundable $50K license applications including FanDuel, Roar Digital (Bet MGM), 888 Holdings, PointsBet and likely many others. The major problem will not be getting their licenses approved, but just how they all will compete and satisfy their new customers in a competitive market once the ribbon is cut for wagering.

To achieve the never-reached plateau of at least a 10% hold or profit, someone is going to have to pay the price. It is not too difficult to answer that question: YOU . . . or namely the Tennessee sports bettor.

The fundamental framework for an average game among several sports has traditionally been set at a 10% commission or rake for generations. It has become accepted with exceptions made for very unbalanced action. For example, a -120 line for a favorite, but a +100 or Even return for the underdog, creating a 20 cent line.  The dimeline (10%) as it is more popularly known is a wagering axiom.

Here in Tennessee it is expected to ask bettors geofenced in by state law to pay a premium. A typical line in Nashville may indeed look like this come this upcoming NFL season:

Also, unlike a much more convenient scenario involving the New York/New Jersey market, the Tennessee bettor will have much less recourse, as it will be hundreds of miles bordering the nearest current legalized sports wagering market in Mississippi, where ther is only in-person sports betting. And, Georgia seems to be at least a year or more away in their potential sports wagering plans.

A comprehensive study by industry analysts Eilers & Krejcik Gaming, which was commissioned by the iDevelopment and Economic Association (iDEA) did not dissuade Tennessee involving this unusual move. The study showed that the initial hold would cut into revenue Tennessee could see from sports betting, calling the proposal "fundamentally flawed policy." It identified these major issues:

The study claimed that bettors would indeed consider traveling to another market to competitively wager but the by far the largest concern was competing with established offshore sportsbooks. It also suggested that incentives may be written in encouraging players to bet parlays at deceptively better odds.

Keep your eye on this legislative policy involving Tennessee in the upcoming months. Should this "10% minimum profit" benchmark become a popular trend filtering to other states it could have a serious effect on the entire sports wagering business. What set out as a deterrent to offshore wagering may have the opposite effect encouraging many bettors to maintain their competitive, long-held pricing structure.

Simply put, if you can buy your regular gas for $1.99 a gallon everyday at the Shell station, why be forced to purchase the same fuel at the Mobil across the street for $2.25. After a hundred years, it's tuff to accept anything much more than the ol’ Dimeline.