Now that there is online sports betting in Canada, Ontario rules make it tough for DFS, poker and casinos to operate profitably.

DraftKings is excited to launch its online sports betting and online casino products in Ontario soon. As you may have heard, users physically located in Ontario will be restricted from playing in DraftKings free and paid daily fantasy sports contests.

Below is our plan for how all outstanding daily fantasy sports balances, entry fees, contest tickets and crowns will be handled:

2. If you were tracking to hit an Ironman Achievement as of May 16, 2022, DraftKings will honor the full crown amount.

3. Following the cessation of free and paid daily fantasy sports at 10AM ET on May 17, 2022, you can continue to use your crowns in Ontario as permissible across other DraftKings products.

4. Any entry fees for paid daily fantasy sports contests that start on or after 10AM ET on May 17, 2022 will be refunded.

DK Dollars and Canadian Dollars can be used on our DraftKings Sportsbook and Casino products. Instructions for transferring your daily fantasy sports balance are forthcoming. You can also withdraw any cash funds from your account.

If you have any questions, please review our FAQs or reach out directly to support@draftkings.com.

FanDuel, which also offered daily fantasy sports in Ontario, cut off Ontario players at the beginning of April as they were one of the first sportsbooks to operate legally in the province, but they did give players ample warning and they provided bonuses for players who transferred their DFS balances to the sportsbook.

The reason the two popular DFS sites dropped their flagship products from Ontario is that the province defines DFS as pay-to-play betting games and would require any DFS company to pay a $100,000 licensing fee and 20% of revenue from DFS to the Ontario government. This is in addition to the same fee and tax for offering sportsbook betting. Poker also requires a separate fee. Moreover, the rules require that all bettors participating in pay-to-play products only compete against other bettors in Ontario. Consequently, all DFS contests would include only Ontario residents and the DFS sites feel this would not be feasible or profitable. DFS only works well if there is a great deal of volume. 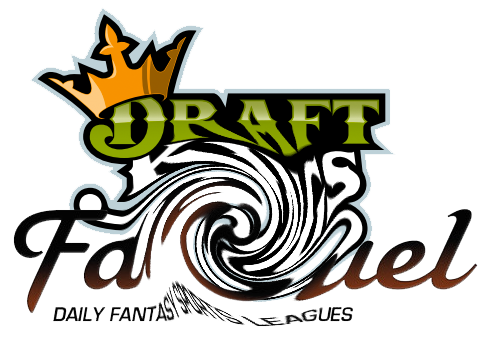 Throughout the world Fan Duel has almost 12 million customers and DraftKings has over 7 million customers. The United States, unlike Ontario, does not have rules requiring players to only compete against others within the state, so any state where FanDuel or DraftKings operates can draw from a pool of the entire U.S, as well as any country and province where DFS is offered. This is likely the case because of the commerce clause of the U.S. Constitution, which deems that if something is legal in one jurisdiction then it is also legal in another jurisdiction that offers the same product. Thus, any contest offered by the DFS sites will almost certainly be filled.

Ontario has a population of just under 15 million people of which around 80% are of the legal betting age 19 and older. It is estimated that about 2 million of those people place daily bets in Ontario including lottery, casinos, poker, DFS or sports, but only a small fraction of those actually have a DFS account. So, with only a few thousand active Ontario residents each day playing DFS it would be hard to fill fields for contests. More importantly the prize money for winners would be almost insignificant or the buy-ins would be so high that it would scare the majority away. By far the biggest draw for both DraftKings and FanDuel are contests where winners stand a chance of collecting a large sum for a small investment. For example, a golf contest where a $20 buy-in can win $100,000 is attractive. A contest where a $20 buy-in only nets the winner $500 or a contest where one would have to put up $1,000 to win $50,000 is far less attractive and would generate few signups.

Not surprisingly, the moves by DraftKings and FanDuel were met in Ontario with a lot of scorn. Prior to FanDuel withdrawing from Ontario, the fantasy sports & gaming group urged DFS players to lobby the Ontario government to change the rules and simply lump in DFS with other forms of gaming for licensing and tax purposes and also lift the requirement that all bets be only with players located in Ontario.

"We ask that our member companies and millions of fantasy sports enthusiasts contact their elected representatives in Ontario to let them know that their ability to play paid fantasy sports contests is in serious jeopardy," the group said in a news release. "The FSGA will continue to work with the (Alcohol and Gaming Commission of Ontario) to find a path for our member companies to return to operating in Ontario."

Comments on Twitter were far less gracious. When FanDuel left there were some negative tweets, but they were limited, since FanDuel gave the heads up well ahead of time and players still had DraftKings to fall back on. But with DraftKings leaving, tweets were far less understanding:

“So disappointing to know that one of my favorite hobbies, daily fantasy sports is being taken away simply because I live in Ontario. #DraftKings this hurts. And right before the PGA championship!”

"The first candidate who commits to allowing #DraftKings (for DFS) in Ontario gets my vote."

"@DraftKings we already have 100 casinos and sports books in Ontario. What we need is a DFS site. F*cking r*etards."

"@Ont_AGCO @iGamingOntario @DraftKings why make a rule prohibiting people in Ontario from playing daily fantasy or online poker against people outside of Ontario, who exactly do you think you are protecting, nobody wants this, short sighted on your part, do better!!"

"Why would @DraftKings choose to open up their sportsbook in Ontario to go up against 30+ other sportsbooks? They could operate in the grey market as the 1 and only DFS company, similar to what PokerStars is doing with poker in Ontario. Doug Ford will be voted out in June anyway."

"Be sure to contact your local MPs about this fantasy issue. The more people that complain the more likely it will get resolved. Especially with the election upcoming."

While it is true that offering DFS would give DraftKings a virtual monopoly, DFS is just not that profitable. The costs of acquiring players are so high that in 2017 DraftKings and FanDuel tried to merge. Each company was losing significant money and they believed consolidating the two companies would make it more reasonable to operate, since overhead costs and advertising costs would be dropped significantly. The FTC disallowed the merger, so the companies instead increased the costs of buy-ins to help offset the losses. This helped the two companies somewhat, but they only became profitable when SCOTUS reversed PASPA and states allowed FanDuel and DraftKings to offer sports betting. DFS is now treated as a loss leader to get players to sign up for other products. 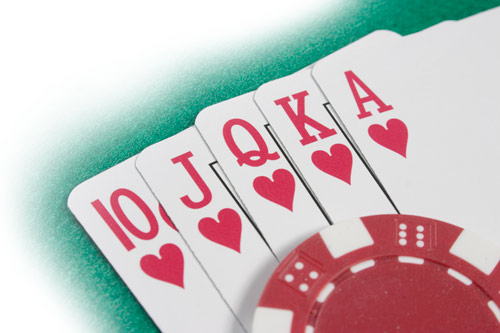 Aside from DFS, new licensees are also frustrated with the Ontario only rule as it pertains to online poker and casinos. PokerStars was expected to get an Ontario license, but after the rule was announced it appears PokerStars has chosen to operate as a grey market operator for Ontario. Poker, like DFS, only works when there is a lot of volume and unfortunately a few thousand Ontario poker players isn’t enough. New Jersey and Nevada saw the same issue. With the limited market of players in only those two states, poker has never taken off as tables online are mostly empty and tournaments don’t generate enough volume to create meaningful purses. Fortunately, in Ontario the different sites can create tournaments with players from each as long as they are located in Ontario, but at last check, there were only 67 average daily cash poker players on the two Ontario sites that offer poker, namely BetMGM and 888. That number will likely increase, but probably not enough to compete with the grey market operations of PokerStars or Party Poker.

And with casinos, many operators are frustrated with the inability to create jackpots generated from bets across various jurisdictions. Microgaming's most popular games worldwide, for example, are Mega Moolah and WowPot, where each spin on a slot contributes slightly to a progressive pool that starts at $1 million for the mega jackpot. But because of the Ontario rule, WowPot games in Ontario, such as Poseidon Ancient Fortunes, have fixed payouts capped at a couple of thousand dollars, rather than millions and Mega Moolah has been changed to Maple Moolah, where the prizes are comparable to Mega Moolah, but are limited to games played in Ontario. But due to the lack of players the jackpots for those games have barely moved and one expert says he doubts the Maple Moolah grand prize jackpot will pay out for several years, unless all of Canada, and preferably other jurisdictions, can join the progressive jackpot. Thus, it is a mega jackpot in name only. BluePrint gaming’s popular Jackpot King, along with progressives at other casino operators, such as Playtech, NETent and SG Global, are also off limits.

So, Ontario residents are left in a catch-22 situation. Many are thrilled by the vast number of new sportsbooks and casinos that have started operating, each with attractive sign up offers, but the trade off is the loss of DFS. While many tweeters and the daily fantasy sports groups want this to become an election issue, it is very unlikely to have any effect on the results of the Ontario election, which is being held on June 2nd. Even if it did, the current ruling Progressive Conservative Party that is being blamed for losing DFS is far more gambling friendly than the other parties, and it is almost a certainty that if the NDP or Liberal parties win power they wouldn’t change the Ontario-only rules for DFS.

The best Ontario DFS players can likely hope for is for other provinces in Canada to open up their online gambling markets similar to Ontario and create a regional market that includes all of Canada. If this took place, then DraftKings and FanDuel would possibly revisit DFS opportunities with a population of about 33 million people 19 years of age and older.