The proliferation of passing stats and coverage of the quarterback continue to make headlines in the NFL as Week 4 and the final weekend of September football approaches. Roughing the passer penalties are impacting the NFL spreads, totals and game results, and more passing records were set in Week 3. 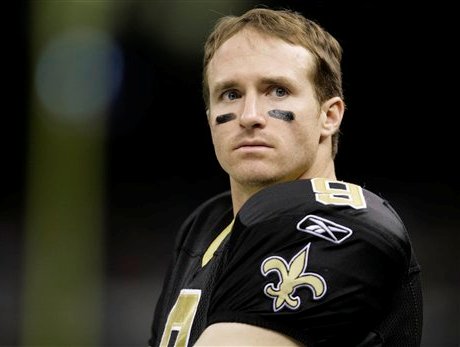 The beauty of Saints QB Drew Brees was on display again as he scored the winning touchdown in overtime to beat division rival Atlanta, 43-37. That game had everything the NFL, broadcast networks, fans, bettors and fantasy football players wanted – star power, offense, entertainment, suspense and a competitive contest to the very end, with a look inside the numbers showing great efficiency, quarterback play and proficiency, and incredibly not a single turnover. The late 7-yard TD run in regulation by Brees sent the game to overtime, and the Saints rally and victory meant millions of dollars changing hands and more of it to the bettors, as the sportsbooks took one of their biggest hits of the weekend with New Orleans taking money from a 3-point underdog to +1.5 at kickoff. Brees passed for 396 yards and had 5 total touchdowns against the Falcons in victory. He became the NFL’s all-time leader in pass completions in the 2nd quarter with his 6,301st pass completion; breaking Brett Favre’s record. Brees did it in 251 games while Favre took 302 games. Brees will break another NFL record in October when he surpasses Peyton Manning’s career passing yards record of 71,940.

Manning also owns single season passing records of 5,477 passing yards and 55 TD passes during the 2013 season, and holds the career passing touchdown record of 539. He was also an Associated Press 5-time Most Valuable Player. Patriots QB Tom Brady, 41, led the league in passing last season, but is off to a very slow start this year (25th in passing yards). Brady the Patriots had a poor performance Sunday night against Detroit (+7) in our Fairway Forecast, as we cashed in on the big 'Dog with the Lions 26-10 victory.

"The betting totals are being impacted . . ."

But it appears those roughing the passer penalties and 15-yard infractions are providing better field position and more scoring, and teams are passing the ball at a record pace through 3 games.

The linemaker and sportsbooks are adjusting, and you need to adjust your game plan and strategies to have an edge as well. You can bet on it.