Single game sports betting will finally be legal in Canada, but how much of an effect will it make?

Hartley looks at a new sports betting bill in Canada that has been introduced to allow Canadians to finally be able to wager on single sporting events.

Canada will almost certainly now offer single game sports betting after Justice Minister David Lametti tabled bill C-13 to amend the criminal code and allow provinces to license and regulate betting on individual games. The amendment needs to simply remove the words "a single sport event or athletic contest" from Section 207.1 (4) (b) from illegal activities under the criminal code as is shown below to legalize single sports betting.

(b) bookmaking, pool selling or the making or recording of bets, including bets made through the agency of a pool or pari-mutuel system, on any race or fight, or on a single sport event or athletic contest; 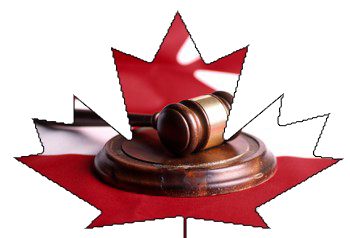 The attempts to change that section of the criminal code were initiated a decade ago when New Democratic Party (NDP) Member of Parliament (MP), Joe Comartin, issued a private member’s bill in 2011 to change the law and was later reintroduced in 2015 by Windsor NDP MP Brian Masse. In both cases the MP's wanted the law changed to help Caesars Windsor, as well as Fallsview Casino, in hopes it would help border casinos attract sports bettors to the casinos and increase revenues. Along with Ontario residents there was an expectation that single game betting would attract American sports bettors, who at the time were unable to bet on sports in their states. Comartin's bill was defeated in the Canadian Senate after sports leagues pleaded with the Senate not to sign the bill and also as an attempt to deflect from a Senate spending scandal. Masse’s bill was defeated in the House of Commons when the new Liberal government voted not to support it. In addition, for political reasons, the Liberals didn't want to pass what was an NDP motion and passed in a government led by the Conservatives.

But this time around the bill is being tabled by the Liberal Justice Minister indicating that the government has now changed its mind. And similar to the way almost all Americans knew that PASPA would be repealed when the Supreme Court asked to hear a New Jersey motion to change that law, it is clear that the only reason the Justice Minister would table the motion is to get it passed. The Liberals currently only have a minority government, so they would need support from at least one other party but that shouldn't be an issue. The NDP, which is Canada’s left wing party would find it difficult to vote against the bill since they were the party that introduced the two previous bills, and the Conservatives would find it hard to vote against the bill since they already unanimously supported it when Stephen Harper was in charge. It's unsure how the Bloc Quebecois would vote nor would it matter if the other parties vote for it, but it is most likely they would be in favor, since the casinos in Montreal and Gatineau would want it changed and it would only benefit that province.

The questions are, if the law is changed, then who will oversee it, will there be any restrictions such as maximum limits, and what will happen to the current sports lotteries? Also, how will it affect offshore sportsbooks?

As it stands, SG Digital runs the online sports betting products in British Columbia and Manitoba through the PlayNow website, but no other provinces have similar agreements. It is most likely that Caesars will try and argue for the right to be the online sports betting provider for Ontario and will suggest that its large casino in Windsor and its recent purchase of William Hill in the United States would offer the best opportunity for the province. But Apollo Global Management, which recently bought out Great Canadian Gaming and will take over several casinos, will likely argue that they are best suited for the online product. And undoubtedly Bet365 and possibly MGM will make a case too. Of course, SG Digital provides most online sports betting solutions for BetMGM, William Hill and Flutter Entertainment (who they took over from for the PlayNow brand), so it's quite conceivable that SG Digital will run the online sports betting websites across Canada. If nothing else, it’s almost certain that the casinos themselves and likely the racetracks as well will argue to have the right to offer sports betting and keep all revenues (less taxes and any fees paid to the government), for bets made at their land-based facilities.

When I spoke with David Willmot and Nick Eaves, two previous CEOs of Woodbine Entertainment, a while back, they both told me that that Woodbine was well suited to offer sports betting at the racetracks and no doubt current CEO Jim Lawson will argue the same thing. It should be noted that horse racing was carved out as part of the new sports betting bill, so no sportsbooks will be able to offer any form of wagering on horse racing products and undoubtedly the casinos and whoever wins the bid for the online sports betting product will suggest that it’s a two-way street which should exclude Woodbine or other racetracks from offering sports betting. Time will tell how that argument will hold up. It's also likely that the native governments will demand the ability to offer sports betting on their reserves where they run casinos and it will be interesting to see if the Mohawks in Kahnawake demand that gambling sites hosted on their reserve be legally recognized by both the Canadian government and the province of Quebec. No doubt companies like Sports Interaction and Bovada will be pushing for that recognition.

The next question is what will happen to the Sport Select lottery. The lottery has been around for three decades and requires players to wager on multiple games, as was a rule under the aforementioned criminal code section.

However, it has been marred by controversy, especially related to poor payouts. Because it is treated as a lottery game, the vigorish is insanely high and the holds range from 160% on 3 game parlays to well over 300% on 6 game parlays for the standard pro-line game. And for over/under, point-spread and pools, the payback to players isn't much better. Nevertheless, it is very popular with novice bettors and there is every indication that the lottery commissions will still want to keep the product going since bettors can wager as little as $2 and they believe there are many lottery players who will not be interested in single game wagering and nor in attending a land-based facility or betting online. More than likely, the company running the online sports betting products will create a far more convenient and fairer lottery that will attract both professional and novice bettors and could even include inter-provincial pools, contests and parlay cards that could provide massive payouts. "Think the Westgate Super Contest on steroids," one analyst said to me. But unlike the Super Contest which focuses on NFL football, it's likely that any Canadian pools and contests will feature NHL games as the biggest revenue generators.

While the general consensus is "it's about time," many in the casino industry think the unnecessary delay cost the casinos and governments a huge opportunity that they'll never get again. Had the Canadian Senate simply rubber stamped the 2011 bill as they always have with legislation that passes in the House of Commons, or had the House agreed to Masse's reintroduction of the bill in 2015, the casinos likely would have attracted a huge American clientele which could have given them a ton of revenue between the time single game sports betting was legalized and the legalization of state sanctioned sports betting in the U.S. But with PASPA repealed and almost every border state in America now running sports betting, that opportunity is gone. And ironically it has been Canadians crossing the border to bet on single games that has been the norm, albeit with the borders closed since April due to COVID-19, almost all sports betting in Canada has been offshore.

That brings us to the last question - How will the changing law affect offshore sportsbooks? It will likely have no effect on companies like Heritage Sports, BetOnline or My Bookie which still take U.S. action, but Pinnacle who has tried to avoid grey markets may reconsider its Canadian presence. As well, Betfair left the Canadian market over a decade ago when it was clear they were going to team up with Paddy Power, who at the time ran sports betting for PlayNow.com, and SG, along with IGT and Bally's, removed access to any of their games offshore from Canadians after Canadian governments started running their own online casinos. So, it is quite conceivable that Canadians may also be cut off from William Hill, Bet365 or any other European site that seeks access to run the sportsbooks at casinos or online in Canada. At the same time, it could also mean that Canadians will have access to all the same sites but with a Canadian URL similar to the way New Jersey residents can play at William Hill, New Jersey. And to Canadian bettors who miss the Betfair betting exchange, it would be a huge welcome if they could legally play that again. If Flutter Entertainment did decide to run a Betfair exchange in Canada, however it is unsure whether they will be able to comingle with the European exchange which would be the easiest way to generate volume.

So, single game sports betting will finally be allowed in Canada eh? Casinos and provincial governments are excited at the potential revenues to be made, but only time will tell if the revenue realities will meet the expectations.