If there is one event that sportsbooks rely on to boost their profits, it’s March Madness. Because of the number of games played, the unpredictable results and the association many gamblers have with universities, betting on March Madness is unprecedented. It has been estimated that Las Vegas sportsbooks handle around $300 to $350 million in bets during the tournament (the exact number isn't known since all sports are bundled into monthly revenues) and many sources quote total betting both legal and illegal at around $10 billion. It's no surprise that when SCOTUS repealed PASPA in 2018 many states started seeing dollar signs.

In 2019 New Jersey was the first state outside of Nevada to take bets on the tournament and the state earned about $31.7 million on $372 million in bets taken in March of that year. Since then, sports betting in the state has skyrocketed and there were expectations that New Jersey was set to at least double their 2019

figures in 2020, but that obviously didn’t materialize after the tournament was cancelled due to COVID-19. Nevertheless, some legislators in New Jersey have taken steps to help build momentum in the tournament moving forward, including the introduction of a new bill that will allow betting on in-state games.

When the sports betting bill was first passed in the state, the regulations excluded bets on New Jersey teams or games played in New Jersey for fear of corruption. Several state legislators, however, have argued that the rule makes no sense, and the state is losing out significantly since New Jersey often hosts one round of the NCCAA Tournament and there are multiple teams in New Jersey. Thus far the effort to overturn that regulation has not been successful and was really never addressed in 2020 due to the pandemic, but there are expectations that the rule will be addressed in 2021 and betting on in-state games could be allowed in 2022.

The other effort New Jersey has taken is the expansion of online sports betting. Many casinos have very low capacity due to the ongoing COVID-19 pandemic and the sportsbooks on-site have very limited seating. Moreover, a lot of New Jersey residents still don't feel comfortable going to a physical casino or racetrack. Consequently, every casino now has a robust set of sports betting options online and the number of props offered keeps expanding. The state saw almost $1 billion in betting handle in both December 2020 and January 2021, with the large majority of that bet online and basketball betting is becoming more popular. Thus, there is a belief that New Jersey could handle close to $500 million in bets on March Madness alone, although that number would likely be far larger if in-state game betting was allowed.

New Jersey isn’t alone with the ban on betting on in-state teams. There are currently 20 states along with Washington D.C. with a fully implemented sports betting industry and four states passed a referendum in the November election to allow for sports betting with one, Tennessee, already taking bets. North Carolina also passed a law legalizing sports betting but has never moved forward with implementation. Of those 21 jurisdictions, 13 do not allow in-state betting on teams located within the states’ borders. Some larger states like Pennsylvania, Michigan and Indiana allow betting on games taking place in the state and on teams located in those states. Pennsylvania is the 2nd largest state in sports wagering, taking in close to $550 million in January, and it is expected to be only a matter of time before both they and Illinois surpass New Jersey in sports betting, especially after New York amends their sports betting rules.

In 2019 Pennsylvania sportsbooks took in $44 million in bets in March, but the figure was very small as casinos were still being licensed to take sports bets. Illinois bettors actually wagered more on basketball than Pennsylvania and passed legislation to operate just before March Madness in 2020, but were thwarted the opportunity to book bets on the tournament because of the cancellation due to the pandemic. I spoke with an Illinois legislator who said that it is very unlikely that state will overturn their ban on wagering on in-state teams in the foreseeable future because that was the one caveat that legislators had to agree to in order to get the naysayers on board with the new law. Other states, however, have indicated they may be willing to reconsider bans on in-state betting. 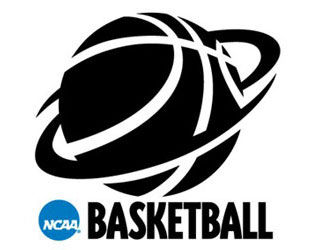 Indiana, which does allow betting on local teams, booked over $74 million in March 2019 and the number was expected to grow significantly in 2020, but again that was prevented due to the pandemic. As for the other states that took bets on the 2019 March Madness tournament and were hoping to see large gains in the 2020 tournament, Delaware took in $10 million in bets in March 2019, West Virginia took in $14 million in bets, Rhode Island took in $23 million and Mississippi booked $32 million in bets during the month of March in 2019. New Mexico also took in bets, but the state didn’t release figures.

There are currently 6 states with legislation pending and up to four other states that are seriously considering introducing sports betting legislation, if they can find the support. It’s likely that those 10 states will be watching all the states taking wagers to observe handle, revenue, any betting abnormalities and to see how much money is booked online versus land-based casinos and racetracks in states that allow both. At this point it seems only Utah and Alaska will never even consider regulating sports betting. All states, after all, have been devastated financially by the pandemic, and any method that can generate revenue without raising taxes it must be seriously considered.

So, bettors aren't the only ones in this year's tournament, there is also a lot of interest from state legislators. This will be the first true test of how much money can be made where almost half the states in the union are taking bets on March Madness and much of the general public has extra disposable income. While it’s true that many Americans lost jobs in 2020 and can not afford to wager on games, far more have kept their jobs and have saved money as a result of working from home and not traveling during the pandemic.

One thing is certain, if states can generate significant revenue from the tournament, it will be badly needed to help bolster coffers which have been decimated during the pandemic and which can then be used for the public good. And states that are eyeing sports betting legislation may ramp up their efforts to get the industry going before next March.