Super Bowl 51 Betting: A sure bet to play on the dog

A fun look at odds and prop bets for the popular Puppy Bowl, which airs on Animal Planet on Super Bowl Sunday.

In their forever attempting goal to be originators in the offshore gaming world, Bovada has again proven themselves "Best in Show". Anybody can tell you whether they like the Falcons with the points next Super Bowl Sunday. Or perhaps make a case to go Over the very high game Total. But who do you think will win Most Valuable Puppy. Should we go with a mixed breed again? I like the Ruffs laying the points? Huh? 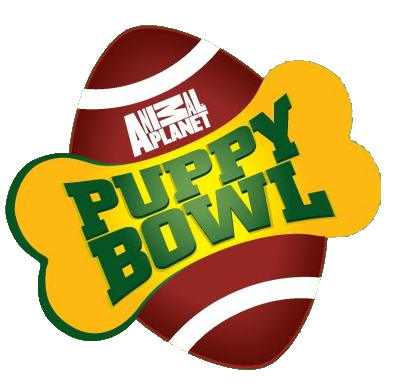 Let me paws and explain. Super Bowl ancillary programming doesn't get much better than the annual Puppy Bowl series on Animal Planet. Women especially flock to the lovable puppies engaging into the events similar to the skills competition found in the NBA All-Star Game and NFL Pro Bowl.

It's been a ritual for years but things really went into overdrive in 2015 when the format was changed to a team-based competition. Betting lines for this year's Puppy Bowl XIII are up on the Bovada wagering board where Team "Ruff", the two-time and defending champions are currently favored by 7.5 points over Team "Fluff". They earned that by overwhelming the Fluffers 73-45 in 2015 and 70-44 in 2016. The broadcast begins at 3:00 PM ET on Super Bowl Sunday, February 5th.

Bet on entertainment at Bovada and get a free 50% bonus.

You can bone-up on your stats but The Puppy Bowl shouldn't be taken too seriously. This year's event was filmed over the course of two days in October and edited down to a three-hour program fit for the afternoon broadcast. The rules are open for interpretation channeling NFL football, with two teams of 39 puppies. All the pooches are available for adoption with more information available on the Animal Planet website. The winning team will receive The Lombarky Trophy. I kid you not.

Aside from" the game" itself, there are a supplementary number of proposition wagers available at Bovada including who will be named Most Valuable Puppy. For example, you can bet on whether the MVP will be mixed-breed (–500) or a pure-bred (+300). You won't find this information on StatFox, but Pure-breds took down each of the first five MVP awards. Since then, mixed-breeds have won six of the last seven. Kind of like an Elway or Manning is most likely to pedigree succeed but every once in a while, a Tom Brady comes through the fifth round or a Kurt Warner out of nowhere undrafted.

"Tailgating" will get underway at 2:00 PM ET, with a pre-game show hosted by legendary sportscaster Rodt Weiler. The Puppy Bowl will be held at GEICO Stadium, and the coin toss is scheduled to be done by Punxsutawney Phil, America's most famous groundhog. Sorry, no Bovada betting for this prop. Returning for the 6th year in a row is "Rufferee" Dan Schachner.

This year the Kitty Half Time Show will feature a performance by the Chicago Rock Cats with Kitty Gaga singing "Puparazzi" with her backup dancers who are also adoptable rescue kittens.

Not offering any specific handicapping advice for this one guys except for one sure thing. If you invest three hours with your wife or girlfriend by her side watching this instead of the same lame pre-game show on Fox or the NFL Network, you'll score big. Play the dogs here and WIN!