As interest in cryptocurrency rises, all gambling companies, including land-based casinos, start to look at crypto for betting.

Crypto for gambling has been around for years offshore, but is now being looked at by gambling companies around the globe

The meteoric rise in cryptocurrencies like Bitcoin and Ethereum has finally convinced all online gambling operators to seriously consider cryptocurrencies as payment options. While some offshore companies located in Antigua, Costa Rica, Curacao and Kahnawake adapted crypto as a payment method years ago, it was done so out of necessity.

For U.S. customers, depositing with credit cards has been almost impossible since the Mastercard case in 2002 and other payment processors have made it extremely difficult for Americans to deposit or withdraw after the passing of the UIGEA. Consequently, U.S. facing gambling websites used ingenious means to process payments from U.S. customers, but around 2011, Bitcoin provided them the ideal opportunity. Deemed anonymous, untraceable and irreversible, Bitcoin seemed like a dream come true. Still, most companies didn't understand the technology or concept and didn't believe crypto had much value, so they shunned it. But in recent years their skepticism waned and every U.S. facing gambling site encourages payments by cryptocurrency with some only allowing payments by crypto.

Gambling sites in well-regulated jurisdictions which don't cater to Americans, such as the UK, Malta, Australia, and even Gibraltar, never felt the need to offer crypto and the reason was fairly clear. Until the last few years non-U.S. customers had no issue depositing through credit cards, money transfers or eWallets in those jurisdictions, but banks and conventional payment processors have been blocking use of those methods in all countries as politicians and anti-gambling groups have decried the increase in problem gambling. So, while most web sites located in regulated countries have been reluctant to look at adapting cryptocurrencies due to the huge fluctuations in market prices, it appears that most are also starting to see an inevitable need to look for more payment options and are discovering from sites like Heritage Sports, BetOnline and even Pinnacle, that it can be done without much risk since, when used properly, the cryptocurrency markets act no differently than other fiat currencies. The manager of one online sportsbook that offers accounts in all currencies, as well as crypto, explained it this way.

"Our site only operates in U.S. Dollars, but we accept deposits in all currencies and pay in the currency of the deposit. So, If a player makes a deposit in euros, the funds are converted at the current market rate to USD to play on our site and we send them back euros equal to the amount of USD when they withdraw. If the price of the euro fluctuates, it has no impact on us because we don’t hold euros and convert everything to USD. It’s the same with cryptocurrencies. Bitcoin could skyrocket or plummet but it’s inconsequential to us, since the amount traded is equal to the USD value of bitcoin at the time of the transaction and to be honest we run our own exchange anyways, so we don’t even have to rely on third parties to complete transactions."

While no site in the UK or Australia currently accepts any transactions in cryptocurrency, I have been told by multiple sources that by 2022 every single company in those jurisdictions expect to be accepting cryptocurrency as payment, and likely central bank digital currencies as well. And the UK Gaming Commission, realizing this, is now trying to create guidelines to ensure that those with a UKGC license don't skirt the rules involving limits, monitoring and, of course, tax implications simply because they are going to accept cryptocurrencies.

All aboard the Crypto train

While it is exciting for cryptocurrency enthusiasts to see that more mainstream and top notched online gambling companies are planning to transact with crypto, what is even more exciting is to see that land-based casinos are also looking at ways to wager and withdraw with cryptocurrencies.

The reason is based not only on the ease of using digital currency to wager, but also due to need. Many customers are hesitant to handle physical cash or chips, especially the younger demographic who will not transact with cash. The writing was on the wall around the need to explore cashless wagering for a few years now, but the pandemic emphasized that this is an issue that must be dealt with now. So, in June of 2020, once Las Vegas casinos started reopening from a shutdown, the Nevada Gaming Commission amended existing regulations to make it easier for cashless transactions to occur. 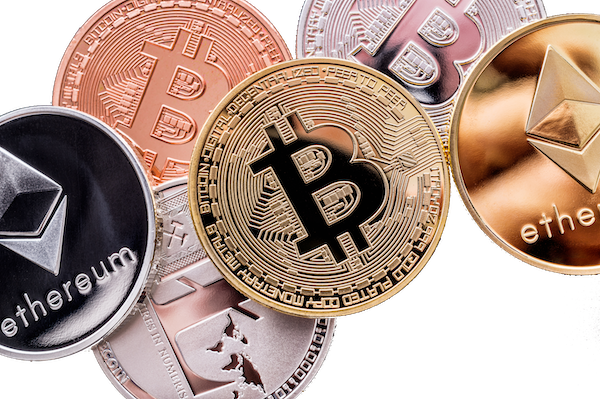 Prior to June, any non-cash transactions required a digital transaction to be sent to devices in casinos that would print out a ticket which could be used at slots, and in some cases to buy chips at tables. But new regulations remove that step, allowing digital transactions to be sent directly to player cards to use at machines or at tables. Direct deposits from bank accounts to machines or player cards is still disallowed. And most casinos have even put in bitcoin ATMs that allow players to withdraw cash from their crypto wallets, although once again that still involves the handling of cash.

New Jersey has yet to change their regulations on cashless payments, although most believe it’s only a matter of time before Atlantic City passes something similar to Nevada. Sources in Nevada have told me that most casinos are ecstatic with this new opportunity and think it is one of the few positives to come out of Covid-19. Cashless digital transactions eliminate concerns over counterfeiting and it also makes it far more difficult for money launderers. And the biggest positive to the casinos is that there will likely be less staff required in casinos because many of the positions involve moving cash and chips. Any savings from the cuts to staff could then be used to improve the layout of the casinos to allow for more physical distancing in case of another pandemic or it could be used to increase the number of slot machines which of course is the casino’s biggest money makers. That said, it is understood that most casinos will simply use the savings to hand out to shareholders.

One company that has taken a bold step towards achieving this objective is International Game Technology PLC (IGT), who last month received a patent for a method to move money between a player’s cryptocurrency account and their casino account. IGT also plans to allow direct transfers to slot machines by scanning a QR code from a smartphone to the slot machine. Without going into great detail (the full patent details can be viewed at Patent Images (uspto.gov)),  a player would transfer money from their crypto

account held  at a site like Coinbase to a "gaming establishment account", which would then be usable at slot machines via a QR scan or possibly just entering information from an app. Currently the patent only mentions Bitcoin, Ethereum and Bitcoin cash, although it is expected that other major cryptocurrencies like Litecoin, Dogecoin and Monero won't be far behind. While the patent details may not seem like anything groundbreaking to offshore gamblers that have deposited to places like Heritage Sports, BookMaker or Super Slots casino using similar methods, one of the big advantages that the IGT patent has over the offshore sites mentioned is immediacy. When someone sends a bitcoin deposit to a place like Bovada, it could take some time to process since it often involves miners and verification, but with IGT's technology, if the money is available in a person's digital account, the transaction will take place instantly.

No doubt IGT is hoping that the ability to deposit using their technology will make them the preferred slot machines for younger players, but it is uncertain whether this patent will make it impossible for other slot machine operators like Bally’s, Aristocrat or SG Digital to enact a similar method for cashless deposits. Since the technology would benefit everyone in the industry it is most likely that IGT will license the technology to other operators at a price, although it’s also possible that those companies may come up with a new method to effectively do the exact same thing as IGT, while making enough minor changes to ensure that a patent isn’t violated.

So, it is clearly an exciting time for those in the cryptocurrency industry as well as those in the casino industry. As recently as two years ago, depositing and withdrawing at websites like Bet365 or William Hill with crypto seemed very unlikely and cashless wagering at physical casinos seemed like a pipe dream at best. But now it seems that depositing and withdrawing with digital currency will likely be the norm everywhere as early as 2022 or 2023. And while deposits directly from bank accounts to slot machines or player’s cards at land-based casinos are still not allowed, that too will have to be revisited when more Central Bank digital currencies come online. It is certainly a changing world and for us old timers who remember the days of seeing a man in a suit walk up to a table at Caesars Palace and toss down a stack of 100 dollar bills at a blackjack table with the pit boss announcing "playing to the limit", this new money frontier is also a bit of a loss. That said, it is time for wagering with digital money and in the end, it will only benefit everyone  in the industry.