Hartley examines what exactly eSports are and how people are able to wager on the games.

I received a couple of emails recently asking, "What's up with all the gambling sites offering betting on eSports?" Some of the largest online gambling sites like Bet365 and Pinnacle Sports have odds on the product but many traditional gamblers are confused just what exactly it is and how they can make money on it. Not quite sure myself I turned to a friend, Brent J., a 46 year old accountant from Mississauga, Ontario, Canada who actually wagers on eSports and considers himself an expert in the industry since he's been betting on it forever and he also gambles on sports. I did a little Q & A with Brent to get a feel for what eSports betting is all about.

Q: My first question to Brent was simple - what exactly is eSports?
"eSports simply stands for electronic sports. Truthfully it's just video gaming that we all play and it has nothing to do with sports. The most popular games that eSport gamblers bet on are Dota2, Starcraft2, League of Legends and Call of Duty which obviously aren't sports games at all, but rather just action games that most people play on their computers or on their PS4 systems."

Q: Why in the world would you want to bet on this?
"What's the difference between betting on teams playing Dota2 or teams playing NFL football? It's still two teams using their skills to try and defeat the each other and in the end I hope to profit from their skill or lack thereof. I get bored watching most football or basketball games, plus I'm not very good at handicapping them, but I love watching the best eSports teams play against each other and I'm usually pretty accurate in guessing which teams are superior. I may be different, but everyone has their different levels of enjoyment. To each his own." 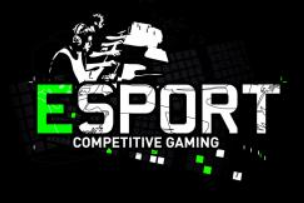 Q: The limits must be incredibly small on eSports. In the end you can't make that much on it?
"It depends. Most sites allow $100 to $200 which may not sound like much but you have to remember that these games are going on every day and in all different time zones. Obviously I'll never be able to place a million dollar bet like I probably could for the Super Bowl but $100 can add up very quickly, especially if you pick the occasional upset. All I can say for certain is that I'm way ahead betting eSports but I was way behind betting traditional sports. And most bettors can do both and enjoy both."

Q: Where do you get information to handicap the games?
"There's actually a ton of internet websites as well as Facebook pages dedicated to the games and the different teams where you can not only see their past results but also watch their previous games. That's where I get most of my information. If I know that Evil Geniuses is playing OG in a DotaPit League game I'll watch each of the previous games they played against each other and their most recent games and figure which team will fare better. Just like in the NFL there are teams that play well with a certain style of play and not so well in another type of playing style. If they are forced to use that style against a certain opponent that's where I pounce. That's actually where the upsets occur and that's where the big bucks are made. One of my favorite websites for getting information is an Australian website called Cybergamer. It used to be Cybergamer.org but they changed it to au.cybergamer.com. I'm not sure why although it probably has something to do with fear of the FBI shutting them down because of the links to gambling. All I care is that the site is available. But you need to keep up on all the news and really know the games to win."

Q: Where do you watch the games?
"Youtube, Twitch, the various league sites such as lolesports.com and some of the betting sites have live streams. In parts of the world like Asia there are also full stadia showing the games live on jumbo TV sets and I assume people betting with each other or perhaps onsite bookies. And the biggest Dota2 event took place in the Seattle Centre in front of 17,000 people. My wife and I watched it. It's really quite wild. Think of it as the huge stadia that were full for Wrestlemania when it was so popular or the scene from the movie The Running Man when the Gladiators were chasing Arnold Schwarzenegger while huge crowds were watching it in a studio and bookies were there taking bets. It's pretty much the same thing only this is real. I personally like Youtube because they offer the most sports and the quality is the best."

My final question was a bit personal.
Q: Does your wife know that you bet on this stuff and are you a traditional eSports bettor given your age?
"I don't let eSports affect my family time but as I mentioned I don't watch sporting events generally (although I will watch March Madness) so it's no big deal. Besides my wife actually enjoys watching these games too believe it or not so we treat it as together time. We'll get a pizza, have a few brews and watch a great game of League of Legends which is my wife's favorite game. I'm not sure if I'm a traditional eSports gambler, I'm guessing most are younger but I do know from the Facebook pages devoted to eSports that there are a lot of older people watching and betting on this too. It's not all millennials." 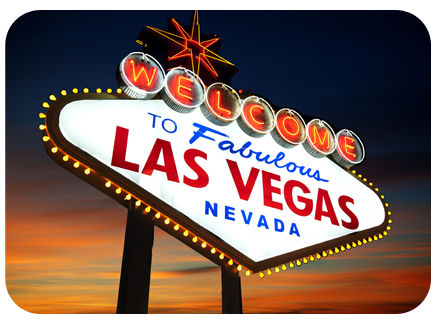 Speaking of millennials, I was also fascinated to know that there is an expectation that in Vegas one of the fastest growing forms of betting that is expected to pass slot machines is video game playing for money. A bill was passed in Las Vegas last year that will allow people to wager on their skills playing games like Guitar Hero, Angry Birds, Space Invaders, and Tetris etc. The exact rules regarding the bill haven't been explained nor has the way the casinos plan to make money on it, but the hope is that this new form of gambling will attract millennials to the casinos. However, the Nevada Gaming Association still has to agree to the bill. In fact even some other states are looking at introducing it to their casinos too.

Studies have shown that millennials are not gambling but instead are playing the games on their phones, tablets or computers without any risk. The casino industry is hoping that they can marry the two to make money. According to one study that was featured on a CBS report only 63% of millennials (those aged 30 to 45) are gambling when they go to Vegas compared to 78% of those aged 50-65 and 87% of those aged 70 and over. Millennials instead prefer to go to the nightclubs, bars or simply stay in the hotels and party or go to the pools rather than actually visiting the casinos. The belief is they don't find traditional gambling enjoyable but if they can make money doing something they like they will be more open to it. That is yet to be seen, but considering the declining revenues the casinos know they have to do something different and they believe this may be the answer.

As for eSports, while it may not be a massive payday to bettors currently, the same can't be said for the video game players themselves. Shockingly The International 2015 tournament prize pool for Dota 2 was over $18 million! The first placed team received just over $6.6 million, while the second placed team won almost $3 million. Evil Geniuses is the richest team having won over $11 million playing 400 tournaments with almost 87% coming from Dota2. Team Newbee won almost $5.7 million in 31 tournaments, Vici Gaming won over $4.3 million in 57 tournaments, LGD Gaming won just over $4 million in 60 tournaments and Natus Vincere completed the top 5 money earners with over $3.8 million in 223 tournaments.

Gambling really has come a long way. The days where you could only bet on horse racing or on football games with underground bookies are far behind us. Casinos need to find new ways to attract people to their products and governments need people to play at the casinos or at legal sportsbooks overseas in order to collect revenue. So when an opportunity presented itself with electronic gambling they clearly figured why not. And given the popularity and the increasing number of websites offering the product, they're obviously right.

I doubt it's something I'll ever try since I'm not very good at video games but it certainly gives new earnings potential to my nephew who spends 90% of his waking day playing online games and who knows maybe I can even make some money off him doing so. I don't understand this new world of gambling but I'm also long past being a millennial . . . so I'm not their target.

OSGA will keep readers informed on the progression of the video gambling legislation in Nevada and other states. Stay tuned!