FairwayJay offers insight into Super Bowl futures betting, with current odds and information you can bet on.

The NFL playoffs head to the divisional round with eight teams remaining. The future prices to win Super Bowl 54 have adjusted again, but the prices on the three top teams remain low and just slightly adjusted from last week when comparing Super Bowl futures at the leading online sportsbooks.

The Ravens, 49ers and Chiefs odds have only adjusted slightly at BookMaker, 5Dimes and even BetOnline, while the Green Bay Packers (+860) have dropped to single digits since they won’t be playing Saints this week after New Orleans (-7) was upset and eliminated by the Vikings. The prices are nearly identical at all three sportsbooks.

The longshots to capture the Vince Lombardi Trophy and win Super Bowl LIV (54):

At 5Dimes, the Vikings are +1000, Seahawks +1400 and Titans +1500, which is the biggest discrepancy between the two leading online sportsbooks. BetOnline has cut the Vikings (+1600), Seahawks (+1200) and Titans (+2000) odds in half from the previous week. Shopping for best futures prices is always advised, and if you're going to make any futures bets to win the Super Bowl prior to the big game on Feb. 4, this is the week to get down as the prices will drop again next week and prior to Super Bowl 54.

While you could have bet better prices last week and especially on longshots like the Vikings, the adjustments continue to be made by the bookmakers based on both the number and amount of bets along with the bookmaker's liability on specific teams.

Other ways to bet the favorites would be to take the most likely conference winner San Francisco 49ers to win the NFC at -110 prior to this week’s game against the Vikings. You’re laying $110 to win $100 at BookMaker that the 49ers will win two games. That’s a more prudent play, as is shopping and betting the best line of 49ers +100 to win the NFC at Sportsbetting.ag.The price will continue to rise on the 49ers to win the NFC. San Francisco is a 7-point favorite this week (-310 moneyline) and will be at least a 6 point favorite over the Packers and closer to double-digits if the 49ers win this week and host the Seahawks for the NFC Championship game. 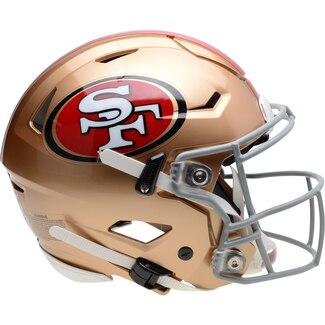 Remember, the 49ers destroyed the Packers 37-8 in Week 12. While San Francisco lost 27-24 in overtime to Seattle in Week 10 as a 6.5-point favorite, the linemaker was not fooled in Week 17 making the 49ers a 3-point road favorite at Seattle and San Francisco prevailed 26-21. If those two teams meet again, the 49ers will be not only more healthy than Seattle (pending this week’s games and potential key injuries), but also in a better situational spot at home in back-to-back games with a bye last week while Seattle would be playing their third-straight road game. Most bettors are counting on the Packers to beat the Seahawks, but San Francisco is going to take more betting action and if they beat the Vikings impressively, the line is going to have the 49ers a 7-point favorite over the Packers next week at some online sportsbooks.

This week’s results can influence next week's lines, but know for certain the 49ers are going to be at least -300 on the moneyline in both games should they beat the Vikings, and host either the Packers or Seahawks in the NFC Championship game.

The Vikings made our card last week on both the point spread and teasers against the Saints, but this week Minnesota is at a further disadvantage and I'll be adding the 49ers to my teaser card. Not only do the 49ers boast the best statistical profiles on offense and defense of the remaining four NFC teams, but the Vikings have to play on one less day rest from last Sunday to this Saturday, Jan. 11 in a earlier kickoff while the 49ers had a bye with extra rest and preparation.

In addition, San Francisco head coach Kyle Shanahan was the offensive coordinator at Washington when Vikings QB Kirk Cousins was both a backup and starting quarterback for the Redskins.

Pro Football Focus' key match-up to watch in the 49ers - Vikings game is the Vikings wide receivers against the 49er's secondary and top-ranked pass defense allowing just 169 passing yards per game this season. Minnesota's pass rush and defensive front will be key in this prognosticators view as well as they were the difference in last week's win over the Saints pressuring QB Drew Brees and limiting the Saints offense to 54 plays. The 49er's are also working with a backup center against the Vikings strength along the defensive front seven. Still, San Francisco holds statistical and situational edges, and the Vikings will need some impact special teams plays, turnovers and key conversions on offense to pull the upset this week.

In the AFC, the Ravens and Chiefs are both up to 10 point favorites this week at BookMaker, and on a collision course towards the AFC Championship game. But that line will be closer to 4 than 7 with the Ravens favored, and the Chiefs are currently +182 to win the AFC at BookMaker while the Ravens are -133. There is less value betting either of these teams to win the AFC, as it’s going to be a very tough game with both teams more capable of winning and plenty of wagering support on both sides if that match-up materializes next week.

Even if I did not already have some Super Bowl futures bets on the Vikings and 49ers, I would recommend wagering on the 49ers (-110) to win the NFC prior to this week’s game against the Vikings.

The San Francisco 49ers are going to the Super Bowl.