FairwayJay chips in some NCAA Tournament historical seed data for the 2021 Elite Eight with match-ups, odds and information you can bet on.

A sports betting colleague fired me some historical NCAA Tournament data that includes seeding results for teams playing in the Elite Eight. The Elite Eight match-ups and odds includes three Pac-12 teams along with three No. 1 seeds, which the leading online sportsbooks have made favorites of 7-9 points. 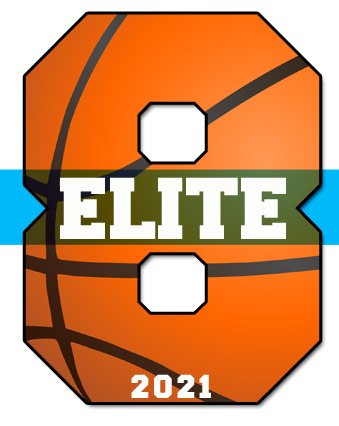 More bettors are supporting No. 1 seed Baylor (-8) over Arkansas in the nightcap Monday, with 69% of the spread money on the Bears. Arkansas (+320) has 53% moneyline support and the total shows 57% of the money betting UNDER.

Specific betting data will be updated Tuesday for the other two games, but early money of just more than 60% is supporting the No. 1 seeds of Michigan over UCLA and Gonzaga over USC.

The Sweet 16 brackets were busted by Pac-12 longshots, and if you totaled up all the seeds in the Sweet 16, it added up to 94 - an all-time high since the NCAA Tournament expansion to 64 teams in 1985.

The Elite Eight is where the pressure really mounts as teams shoot for a spot in the Final Four. That includes even for the stronger No. 1 seeds. Three No. 1 seeds remain, along with a 2, 3, 6, 11 and 12 seed.

Here is the straight up record and performance of those seeds playing in the Elite Eight since 1985:

As you can see, the No. 1 seeds struggle to win more than you might expect. When facing a double-digit seed like Michigan is against UCLA, those No. 1 seeds are just 8-4 SU. If having to cover a point spread of 7 or more like Michigan is beting asked to do, those teams are a money-burning 3-11 ATS.

Surprisingly, No. 11 seeds are 4-4 SU in the Elite Eight, and have actually beaten No. 1 seeds three times.

The No. 2 seed has lost eight consecutive times straight up (SU) in the Elite Eight to a No. 3 seed or worse team. I did not fact check, but relied on data provided. It also shows the No. 2 seed is just 5-12 SU against a No. 4 seed or worse, and 3-8 SU vs a No. 5 seed or worse. No. 2 seeds would have covered the points spread of -7.5 just 3 times in 17 games. Houston escaped with a victory in the Round of 32 and was fortunate to get to the Sweet 16, where they shut down Syracuse. So even with the historical ATS numbers favoring Oregon State to get the money and cover, the Houston Cougar defensive profile and strength still has me laying off Oregon State and passing on the side. I did bet Under the total.

A No. 1 seed playing a No. 3 seed in the Elite Eight like Baylor vs Arkansas has seen the top seed go 15-10 SU. However, if those No. 1 seeds would have had to cover a line of -7.5 or higher like Baylor is being asked to do, they would have gone just 6-19 ATS.

All three top seeds - Gonzaga, Baylor and Michigan - won and covered in the Sweet 16, going 3-0 SU/ATS. The current betting data shows most those bettors are riding their winnings and playing the top seeds to win and cover again.

I'm on the other side supporting the 'Dogs.