In the wake of two online sportsbooks leaving the New Jersey market, what is in store for offshore operators who target U.S. bettors?

Offshore sports books are adjusting to a regulated environment in the U.S.

Last week New Jersey customers of BetOnline and BookMaker received letters telling them that their action was no longer welcome there. The letter didn’t provide a reason as to why they were being cut off from two of the top online books, although speculation is that it relates to New Jersey DGE director David Rebuck threatening to come down hard on offshore operators that target New Jersey residents. It’s been about a year since Rebuck first threatened BetOnline, BookMaker and Bovada and reports are that he recently has ramped up pressure on them again. No doubt the sites looked at the action from residents of that state and determined it wasn't significant enough to risk some sort of prosecution. So, the sites likely decided it was best to simply cut off New Jersey, so that Rebuck would have no more beef with them. 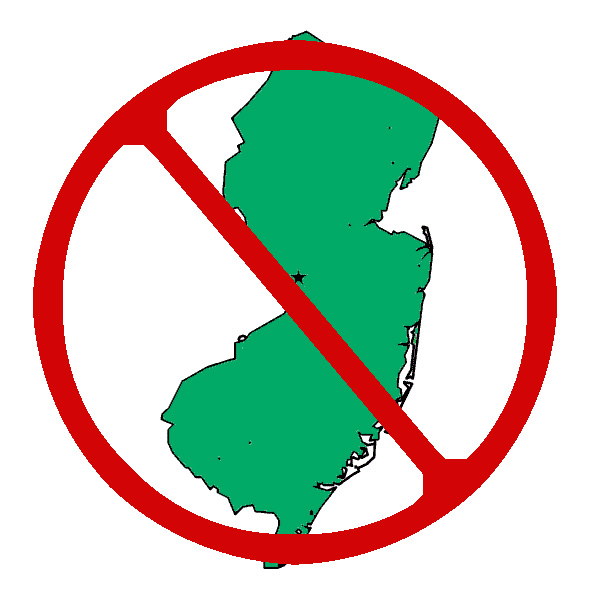 While cutting off New Jersey customers may have avoided an immediate problem, one must wonder if they are opening a pandora's box. Pennsylvania, which has a much larger population than New Jersey has just legalized sports betting and both New York and Illinois which have even bigger populations are scheduled begin legalized sports betting too. In fact, in a recent article, I mentioned up to 70% of the states could have legal sports betting by the end of 2020, and that includes every large state except Florida, Texas and California. So the question then becomes whether the offshore books are willing to lose customers from those states if they get threatened by say the DGE in New York? After all, it could be argued that this decision set a precedent. The answer, no doubt will be based on how much action they really have from that state and whether the risk of taking action from there is worth the reward.

Not the First Time

Pinnacle Sports had to make that exact decision when they strictly enforced their no U.S. customer policy in 2014 and put in strict ISP blocking procedures. As many will recall Pinnacle was implicated in a Nevada betting scandal that year involving a former Cantor Gaming employee and by all accounts the owners of Pinnacle were told that if they didn’t immediately stop all betting from the U.S. the Department of Justice (DoJ) would come down hard on them.  The company had to weigh the risks and rewards and decided they could make a go of it simply catering to the European, Asian and Canadian markets. As it turns out the foreign market wasn't as large or accessible as they hoped (especially since they were unable to get a UKGC license). So they have now moved to a B2B model selling the wealth of expertise they acquired over the years to sportsbooks in all markets, including newly legalized U.S. markets, to augment the non-U.S. sportsbook markets they currently cater to. They also stopped offering U.S. specific sports such as NASCAR which tends to be a loss leader for sportsbooks. Similarly, The Greek sportsbook withdrew from the U.S. market in 2011 for various reasons and like Pinnacle they discovered that the non-U.S. market just isn’t as lucrative as the American market is. A source connected to the company told me that the strategies used in booking games to Americans just didn’t apply to Europeans and while there are a lot of shot takers in the U.S., Europeans tend to be much more conservative and only bet on sports they are comfortable with like soccer, rugby and Formula 1.  Consequently, The Greek made a business decision in May of this year to close its doors although their future plans are unknown. In the meantime, they are maintaining an online and social media presence with WagerStreet, a site devoted to betting strategies, insider information and news.

Those cases weren’t the first time sports betting sites had to decide whether to take a risk or fold. In 1997 Janet Reno issued warrants against various companies offshore and each chose how they wanted to deal with it. The owners of SDB Global, Island Casino and Winner's Way returned to the U.S., pled guilty and ended up paying a large fine. Jay Cohen, from World Sports Exchange, returned to challenge the prosecution while

others from the company continued to run the sportsbook in Antigua. In the end Cohen went to jail and WSEX closed its doors in 2010, when it couldn’t meet its financial obligations. Other companies mentioned by the DoJ didn’t do anything at the time because they had no holdings in the United States and no intentions of coming to America. And in the area of fantasy sports both FanDuel and DraftKings agreed to leave small markets, but took different paths when it came to the larger markets of Texas and New York. FanDuel immediately cut off players when the DoJ in those states indicated they were probably operating illegally, while DraftKings continued to operate in both states and decided to challenge the rulings. To this day DraftKings operates in Texas, while FanDuel doesn't and both companies now operate in New York after the Governor passed a law to make DFS legal. And the decision to take the risk seems to have paid off for DraftKings since their business has grown faster than FanDuel and each company now operates a sports betting site in New Jersey.

One question that is confusing is why Rebuck is still worried about offshore sites if the state is doing so well with sports betting. The obvious answer is that he still believes there are New Jersey customers playing offshore who would bet in New Jersey if that choice was taken away from them. And evidence supports that.

Nearly a decade ago U.S. Gaming Services ran a study which showed that the majority of American bettors were sitting on the sidelines waiting for legal state run sports betting and the vast majority of people with offshore accounts said they would prefer to play legally in their own state if possible. But it appears that hasn't been the case with New Jersey. While the number of bettors from New Jersey offshore has dwindled, sportsbook managers at two U.S. facing sites told me that most New Jersey customers still play with them and they have no problem sharing the action. But is that going to continue being the case?

Many analysts have indicated doom and gloom for offshore sports betting and have said it’s just a matter of time before the U.S. facing online sports books go the way of the dinosaur. But if that is indeed true the offshore books aren’t saying so publicly. I spoke to the manager of one U.S. facing sportsbook who asked that neither he nor his company be named for obvious reasons, who said that he really doesn’t expect a huge exodus from his sportsbook even if 70% of states legalize sports betting, although he realizes there will be a loss of some players and it will be very lean times in attracting new customers.

"We have 4 things going for us that U.S. sites don’t have and never will have, and I believe those things will guarantee that we have a large enough customer base to keep us profitable. First, we offer far more sporting events than U.S. companies ever will and that includes a large array of college sports. It seems that many of the states are going to ban amateur sports betting and aside from the NFL and NBA, NCAA football and college hoops are 2 of our largest sports in terms of volume and profit. As well we offer a lot of proposition bets that are unlikely to be matched by U.S. books since they are more for interest than profit. Second, we accept cryptocurrency as a payment method, and it has become our biggest option for deposits and withdrawals. American bettors love the anonymity associated with crypto and It’s very unlikely that any books run by Caesars, MGM or William Hill will ever accept bitcoin as a payment method. Third, and related to the second point, is that we don’t ask for anyone to sign forms for tax purposes. That likely won’t be a major issue for small players but we have quite a few wiseguys and big bettors who will never bet at a U.S. licensed sportsbook because they know the I.R.S. will take away a large portion of their winnings. And finally, we offer a friendly, close partnership with our players that will never happen at a large U.S. sportsbook. People call me all the time to see if I can provide them odds for something not listed or they’ll ask my opinion on something betting related and I am only too happy to talk with them. In fact, one customer lost his wife to cancer and I talked him through his grief and even provided him a small bonus to help him pay for the funeral. When will that ever happen with Caesars?"

The sportsbook manager also said that he and his family are happy in the Caribbean and have no intention of going to the United States for any reason, so he doesn’t fear the DoJ. And he said that every staff member, including the owners of the site are not U.S. citizens either.

The sportsbook manager makes some good points and while there may be a push to "clean the streets" for state sanctioned sports betting it is doubtful that many gaming enforcement officials will see the benefit of spending a lot of money to try and push out offshore sports betting companies that can't be touched. The money and effort would be far better spent trying to convince residents to play in the state for reasons such as safety and helping the local economy. It has worked well with lotteries and local casinos, so there’s no reason not to think it would work well with sports betting too.

So, BetOnline and BookMaker have flinched first in the legal state sponsored sports betting war and cut off New Jersey residents. Is it a precedent? Will they do the same as other states start licensing sports betting? Probably not. But it will almost certainly force them to refocus their business to not attract the attention and wrath of gaming enforcement people in the U.S. That likely means cutting out all advertising stateside and focusing their efforts on keeping current customers happy. It will also likely mean trying to convince U.S. residents to use cryptocurrency for payments rather than traditional methods like credit cards and MoneyGram, so they don't get targeted by the banking system. If done properly it's hard to see many other states taking the same route as Rebuck and make no mistake, there is enough action out there for both licensed and regulated state sportsbooks and offshore books to operate profitably.