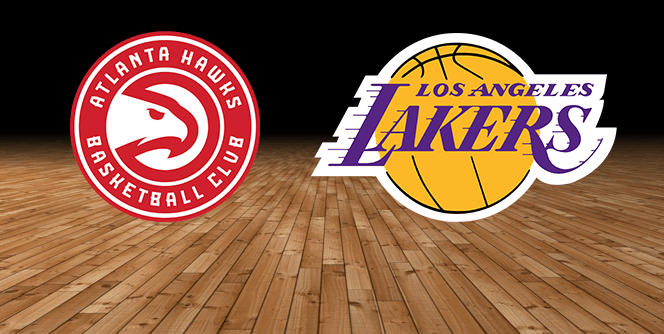 OSGA sports betting analyst Ross Benjamin offers up a free pick on Monday's NBA game between the Lakers/Hawks (7:35 ET). Go inside to see what Ross' selection is and exactly why he made that choice.

Preview and pick for Lakers at Hawks

The Atlanta Hawks will host the Los Angeles Lakers on Monday at 7:35 PM ET. We are going to focus on the total in this contest. Current NBA betting odds at BookMaker is showing a total of 218.5.

Today will be the finale of a 7-game in 12-day road trip for the Lakers. They have shown a bit of fatigue over their last two games while scoring just 96 and 92 points. Those dismal offensive performances from such a talented team usually indicates they are suffering from tired legs. When that occurs poor shooting and or playing at a slower tempo is usually common.

The Lakers have seen 11 of their 13 road games go under the total this season. Furthermore, they allowed 108 points or less in each of those contests. Los Angeles has also held their opponents to 108 points or fewer in 6 straight and 10 of its last 11 games overall.

Atlanta has played 6 non-conference games this season and all those contests stayed under the total. There was only a combined average of just 203.6 points scored per game throughout those six contests.

Due to prolific scoring threats like Lebron James and Anthony Davis most observers lose sight of how good the Lakers are defensively. Their defensive tenacity was a big reason for them winning an NBA title a season ago. This season's team has been extremely attentive on the defensive end as well. Los Angeles currently ranks #2 in scoring defense at a bit over 104 points per game. Additionally, the Lakers have allowed their opponents to make just 34.1% of their 3-point shot attempts which ranks third best leaguewide in that statistical category.

Final Analysis
Atlanta likes to play at an above average offensive pace. However, during the past two seasons, the Lakers have been masters of keeping quicker tempo offensive teams in check. This will be a grind it out type of game with both teams being locked in defensively. My NBA free pick for today aligns perfectly with that previous statement.