Well respected professional sports handicapper Ross Benjamin is predicting unprecedented NFL betting situations arising for the soon to be 2020-2021 season. Join us in reading Ross’ unique perspective on how handicapping games this year will require a much different approach than ever before.

We are fast approaching what we hope will be an uninterrupted NFL season. Preparing for the 2020-201 NFL campaign as a professional handicapper and bettor has been an experience like no other. The upcoming season comes with much uncertainty and questions which have yet to be answered in a satisfactory manner. Hence, creating potential nightmarish conditions as it applies to NFL betting strategy during what can now be deemed as the COVID-19 era.

There has been no definitive plan agreed upon when it comes to COVID-19 testing for NFL players, coaches, and team personnel. However, there has been several mentions of each team's staff and players getting tested as frequently as every other day, including on a scheduled game date. With that in mind, it would seem no longer advantageous for betting early in the week with hopes of getting ahead of an unfavorable line move. Let me further expound on that statement by using a Week 1 hypothetical example.

Week 1 of the NFL schedule has the Rams hosting Dallas. As of this writing (7/13), BetOnline is listing Dallas as a 2.5-point road favorite. What if Rams starting quarterback Jared Goff's COVID-19 test administered on gameday comes back positive? It then becomes mandatory that Goff be immediately placed into quarantine and be sidelined for a minimum 14 days. Subsequently, Los Angles has John Woolard (Wake Forest) listed as their primary backup quarterback, followed by Bryce Perkins (Virginia) and Josh Love (San Jose State) on the depth chart. All three of those Rams backup quarterbacks are undrafted free agents and have never played a down in an NFL regular season game. Which in turn would make Dallas anywhere from an 8.5 to 9.5-point road chalk just hours before kickoff. Can you imagine if you placed a bet earlier that morning or prior on the Rams +2.5? Would you chase that bet with another on the Rams as a more sizable underdog? Especially when considering you would be backing a quarterback playing in his first NFL contest. Not to mention being a starter in a season opening game. It would be quite an unenviable dilemma to deal with.

Conversely, if you placed an early wager on Dallas -2.5 and they moved to -8.5 to -9.5, there would be an extremely enticing temptation to middle the game. Even if a bet on the Rams +8.5, +9.0, or +9.5 was for 50% of the money you originally wagered on Dallas -2.5. We are talking about a 6.0 to 7.0-point window of opportunity to either win both wagers, and possibly even having a chance of cashing one ticket while pushing on the other. I will go out on a limb and predict these situations will arise many more times during the upcoming season than any other that came before it.

This unprecedented pandemic that our country has been enduring shut down all professional team sports during the second week of March. As it pertains to the NFL, that has meant no mini-camps, offseason workouts, or any other team related activities. It then makes it difficult to fathom the idea of teams with a new head coach and new offensive or defensive schemes to not be at a distinct disadvantage. That should particularly be apparent during the season's early stages. It also may be a difference between making the playoffs or not, when all is all said and done.

With all that in mind, identifying teams with continuity via their head coach becomes an important NFL betting factor, and more so than ever before. The Pittsburgh Steelers (Mike Tomlin), Baltimore Ravens (John Harbaugh), Kansas City Chiefs (Andy Reid), Seattle Seahawks (Pete Carroll), New England Patriots (Bill Belichick)), New Orleans Saints (Sean Peyton), and Minnesota Vikings (Mike Zimmer) all fall into that category. All these teams enter this season with head coaches that have been with their organization for 8 years or more. Obviously, NFL head coaches do not survive for any prolonged period unless they have track record of consistently winning. As a matter of fact, the previously mentioned head coaches have a cumulative record with their current teams of 867-535-3 (.619) straight up. Additionally, those seven coaches have a profitable 770-600 ATS (56.2%) record (excluding pushes). 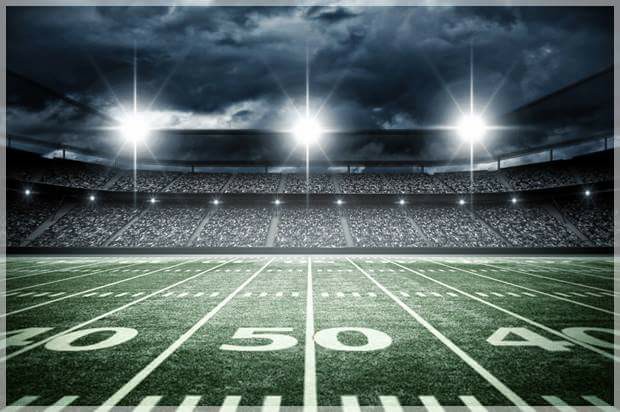 The rule of thumb when it comes to oddsmakers setting an NFL point-spread is home field advantage being worth 3.0-points. Nevertheless, that is under ordinary circumstances and the upcoming season will unequivocally be far from status quo.

NFL teams will play their home games in their own stadiums, but there will be restrictions on how many fans can attend, if any at all. It remains unclear at this point on how the league will handle those constraints. Are they going to leave it up to each individual state or will games be played without fans league wide? What we can be assured of is games not being played in front of a packed house or anywhere near full capacity. Thus, diminishing the value of playing at home by anywhere from 1.0 to 2.0-points in most situations.

Prepare for the Unexpected

This NFL season promises to be the most challenging from a handicapping standpoint for even those of us who bet on football for a living, let alone recreational and novice bettors. The COVID-19 era is upon us and it is bound to bring us numerous unique and numerous unpredictable NFL betting scenarios. Stay with us all season long and be privy to the many adjustments required for attaining success.