NFL Divisional Round Betting Odds and Preview: Ravens vs. Bills 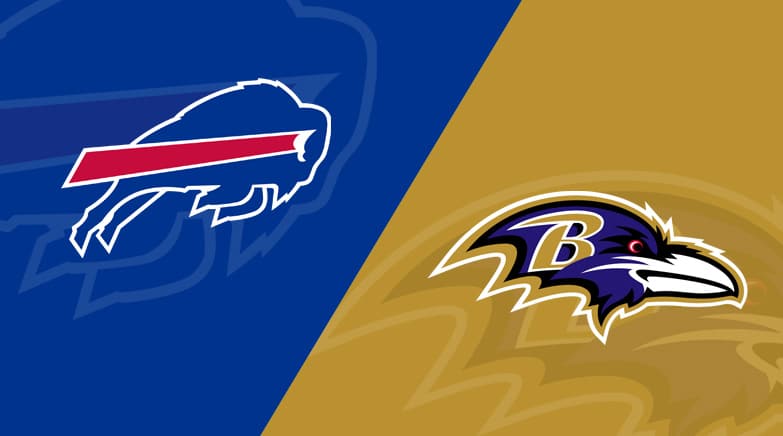 OSGA analyst Ross Benjamin provides an NFL betting preview on Saturday's AFC Divisional Round game between the Baltimore Ravens and Buffalo Bills. This article is filled with pertinent betting information that will aid you in making the right choice on this contest.

Tale of the Tape

The Buffalo Bills (14-3) will host the Baltimore Ravens (12-5) in an AFC Divisional Round game on Saturday at 8:15 PM ET. According to current NFL betting odds at MyBookie, Buffalo is a 2.5-point favorite and there's a total of 49.5.

How can we not discuss and be cognizant of weather conditions when it comes to January football in Buffalo? The forecast is calling for temperatures hovering around 29 degrees on Saturday with winds of 10 to 11 MPH. There's also a 23% chance of snow as well. Nothing out of the ordinary for this time of the year in Western New York.

These teams met last December (12/8) in Buffalo and Baltimore walked away with a 24-17 win. The Ravens also captured the cover, although barely, as a 6.5-point favorite. That was a Ravens team that entered that game riding an 8-game win streak which eventually grew to 12 victories in a row to end regular season action. Neither team was able to move the ball effectively in that contest. Buffalo only amassed 209 total yards while Baltimore had just 257.

The Bills defense did a great job of keeping Lamar Jackson in check. Jackson was only able to muster 40 yards rushing on 11 carries. However, Jackson did throw for three touchdowns, despite accumulating a mere 139 yards passing on the day.

Josh Allen had a horrible and frustrating day in that loss. He was sacked 6 times while going a dismal 17-39 passing and losing a fumble as well. I will go out on a limb and say both these talented quarterbacks will enjoy better games on Saturday night compared to a season ago.

Baltimore will enter this AFC Divisional Round game having gone 6-0 SU&ATS over its previous 6 contests. The average victory margin came by 17.3 points per game.

Buffalo is currently riding a 7-game win streak. Additionally, they've won 9 of their last 10. The lone loss in that sequence was at Arizona 32-30, and came by way of an infamous "Hail Murray" touchdown pass to Deandre Hopkins with less than 10 seconds to play.

Baltimore has been a terrific road team in recent years under current head coach John Harbaugh. Specifically, since the start of last season, Baltimore is 14-3 straight up and 12-3-2 ATS in away games. That includes going 5-0 straight up and 4-0-1 ATS when their point-spread was -3.0 to +3.0 and with an average victory margin of 15.0 points per contest.

The Buffalo Bills are 8-1 at home this season and covered six of those 9 contests. Since losing to Kansas City in Week 6, the Bills have won six straight on their home turf.

Baltimore has played eight games this season versus opponents that currently have, or finished with, a winning record, and they went a mediocre 4-4 in those contests.

Buffalo has also played eight games this season versus opponents that currently have, or finished with, a winning record. However, they were 6-2 in those contests which makes their present 14-3 record even more impressive.

Baltimore has scored 27 points or more in 5 of its last 6 games. The Ravens rushing attack has been firing on all cylinders throughout their current 6-game unbeaten streak. During that stretch, the Ravens are averaging an eye-popping 262.2 rushing yards per game. 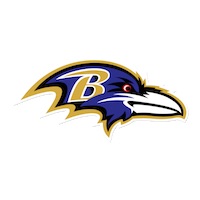 The catalyst of Baltimore’s running game is their super athletic quarterback Lamar Jackson. The former Louisville Cardinal has run for 1005 yards and seven touchdowns this season. It marked the second consecutive year that Jackson went over the 1,000-yard rushing plateau.

The Ravens also possess a stud rookie running back in J.K. Dobbins out of Ohio State. Dobbins has run for 805 yards and 9 touchdowns. Then there's third year running back Gus Edwards who has chipped in for 723 yards rushing and six touchdowns.

Buffalo has scored 26 points or more in each of their previous 9 games. The Bills have gone 7-2-1 to the over thru their last 10 contests.

Bills quarterback Josh Allen has passed for 296 yards or more in 11 of 17 games this season. Additionally, during Buffalo’s previous 4 contests, Allen was 99-136 (72.8%) passing for 1227 yards and 11 touchdowns while being intercepted just one time. If that wasn’t enough, Allen also ran for 125 yards and 3 touchdowns over that span. Keep in mind, he posted those incredible numbers while sitting for the entire 2nd half during Buffalo’s 56-26 win over Miami in Week 17.

Allen’s top target has been wide receiver Stefon Diggs who has enjoyed a sensational season to this point. Through 17 games, Diggs has 133 receptions for 1663 yards and 9 touchdowns.

Why Baltimore Will Cover

The Ravens strength on offense is unequivocally their running game. The Bills have struggled mightily at times to stop opposing rushing attacks.  The Buffalo defense has allowed 139 yards or more rushing on 8 separate occasions this season, and that includes 163 against Indianapolis in last week’s Wildcard Round game.

Baltimore has been a tremendous road team the past 2 seasons. Maybe that’s their ticket to the Super Bowl since they have suffered home playoff losses in each of the previous 2 years.


Why Buffalo Will Cover

The Bills are a significantly more dynamic offensive team form the one Baltimore faced last December. Buffalo will be facing basically the same Baltimore team from a personnel and production standpoint compared to last year’s Ravens roster.

This AFC Divisional Round game has all the makings of a down to the wire and intense playoff battle. The stakes are high as the winner advances to the AFC Championship Game. Enjoy the game and good luck with your NFL betting this weekend.