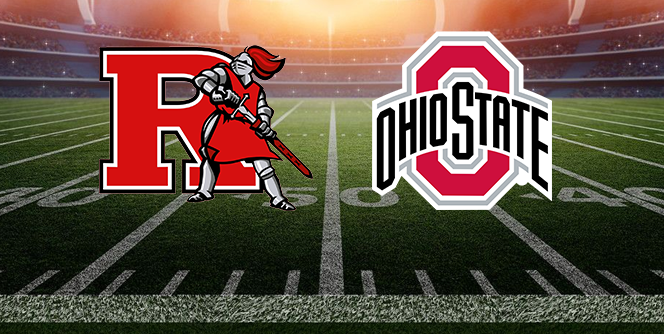 Ohio State Up To 52.5 Point Favorite At Rutgers

Chase Young, the most dominant defensive player in college football, will sit out a second straight game when Ohio State (9-0) travels to New Jersey to tackle Rutgers (2-7). The Buckeye's are 6-0 in Big Ten play while Rutgers is winless at 0-6. Oddsmakers from the leading online sportsbooks opened Ohio State a 51.5-point favorite; highest ever in Big Ten play. That number has risen to 52.5 with more money supporting the Buckeye's and currently -52 at BetOnline and affiliate SportsBetting.ag. According to college football spread records provided by SportsBetting.ag, which date back to 1985 when lines became widely available, the 51.5-point spread for Saturday's game is the biggest in conference history.

"The way the Buckeyes are absolutely dominating on both sides of the ball, coupled with the dreadful Rutgers offense, this was always going to be a spread of epic proportions," said Adam Burns, head oddsmaker at SportsBetting.ag. "But Ohio State is probably going to have to pitch a shutout to cover the number."

The point spread is also the largest underdog or favorite spread in either team's history as well. The previous underdog high for Rutgers was +41 (1996 at Notre Dame, 1998 at Syracuse) while the prior favorite high for Ohio State was -48 (2013 vs. Florida A&M).

Ohio State has a huge game on deck at home against Penn State (8-1), which could decide the Big Ten East champion. Ohio State plays at Michigan the following week. So a look ahead is looming, but the Buckeye's have shown they will bury inferior opponents in their path. Last week, Ohio State crushed Maryland 73-14. Ohio State has won all three Big Ten road games in dominant fashion beating Indiana 51-10, Nebraska 48-7 and Northwestern 52-3. Rutgers may turn to promising true freshman quarterback Cole Snyder at some point during the anticipated blowout. Snyder is a pro style quarterback who could play in the final three games and still maintain his redshirt. The Buckeyes have nothing to gain with an even bigger blowout, and keeping starters healthy for their final two big games against Penn State and Michigan is more important than a 50 or 60 point win. The Buckeye's may decide to run the ball almost exclusively in the second half, and perhaps rest QB Justin Fields late. Ohio State has a big physical advantage in the trenches, and the only thing in question in the fourth quarter will be the point spread and not the game result.

Ohio State is ranked No. 2 in the current College Football Playoff poll after being ranked No. 1 last week. LSU is the new No. 1 after beating Alabama on the road last week 46-41; one of three underdogs to cover the point spread last week in our 3-0 week of top-25 match-ups that included Minnesota (9-0) in the Gophers upset of Penn State 31-26. Minnesota made the biggest move in the CFP poll up to No. 8 this week from No. 17, while Penn State dropped from No. 4 to No. 9.

William Hill US sportsbook director of trading Nick Bogdanovich told me in an email that there is not big action on the Ohio State - Rutgers match-up, but that the high point spreads "hurt action" and pretty much "eliminates money line bets". Few leading online sportsbooks will offer money line bets on teams when the lines are so high, and that includes BetOnline and affiliate company SportsBetting.ag. Underdog players realize there is no shot to win and the favorite price is too high.

While Ohio State is currently No. 2 in the college football playoff poll, the Buckeye's are still the favorite to win the National Championship with odds at SportsBetting.ag and BetOnline.