Insights into the 2017 U.S.Open, with player profiles and picks for the weekend tournament in Erin HIlls.

Players Profiles for Betting the U.S. Open at Erin Hills

Over the years, the U.S. Open has been my toughest tournament to turn a profit. Whether it's the changing venues, and this year it a first for Erin Hills as host, or the difficulty of the course and conditions, it's been tougher to navigate.

Unlike the Masters where a handicapping focus is more towards current form and a players experience and results playing Augusta National, the U.S. Open is more about identifying players that have a strong mental makeup and have shown success playing tougher tracks and courses.

This year Erin Hills record length playing up to 7,741 yards will make it very difficult for short to moderate length hitters to be contenders on Sunday. Medium length hitters may not be at such a disadvantage with firm and wide fairway's allowing for more roll, but bigger hitters have a solid advantage hitting shorter irons into the greens if they keep their tee ball in plays. 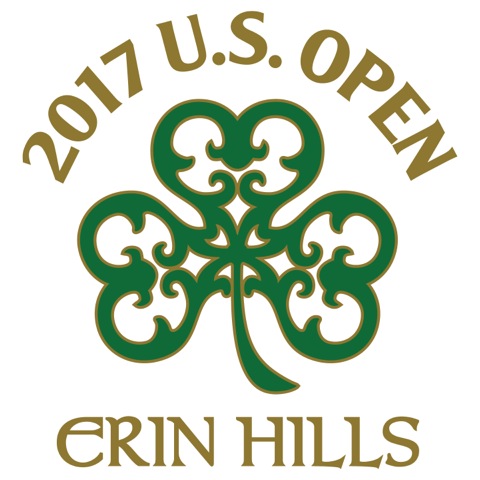 Back in April, we provided player profiles and betting insight for the Masters, and cashed in on Sergio Garcia with a small win wager but had a bigger payoff waiting until Justin Rose threw up on his chance to wear the Green Jacket. Selecting a winner each week on the PGA Tour is very difficult, and thus the focus continues to be on match-up betting. And Justin Rose did bloom for us in his easy head-to-head winner over Jon Rahm at the Masters, and we cashed in on many others including Rory McIllory over Jordan Spieth.
Dustin Johnson is the defending champion after winning his first U.S. Open last year. He's been a proven performer at this championship and gave away the trophy to Jordan Spieth two years ago with a 3-putt from 12-feet on the 72nd hole at Chambers Bay. He's the worthy favorite, but at less than 8-1 odds? Both McIllory and Spieth have the overall game and proven ability as wind players to succeed at Erin Hills. But of course the sports books have them lined at less than 10-1 or 14-1 to win the tournament, and there is just no value of opportunity to have confidence in playing short favorites when there are so many quality players at better prices.

From Henrik Stenson: "I think the competition on a weekly basis is so tight out there and so tough," said Stenson at his pre-tournament press conference at Erin Hills. "There are so many players in the field that can win. I think in general it's very hard to predict who is going to do well any other week."

Now consider that the last six majors have all gone to maiden champions, including Stenson at The Open (British), and you can see why betting on the top favorites to win events offers little return or value.

Understand that match-up betting and some player props are your best bets. Try to isolate players with strengths in key categories while also showing signs of improvement and proven performance on tougher courses and links style or windier conditions/ This will help you narrow down your choices and potential match-ups to consider at the U.S. Open.

We'll comment and profile some players here and use accordingly in match-ups of interest.

Dustin Johnson: Top driver at over 310 yards and he's been in complete control of his overall game as the world's No. 1-ranked player. He's played the best of anyone in 2017, and was runner-up in the Wells Fargo championship off his back injury which forced him to miss the Masters. A missed cut at Memorial is of little concern, but no golfer has recorded back-to-back U.S. Open triumphs since Curtis Strange in 1988-89,

Jason Day: Runner-up in his U.S. Open debut in 2011, Day has recovered from his off course issue and mental situation involving his mother. His length and strong pitching and chipping around these greens should make him a strong consideration and contender. Day has two additional 2nd place finishes and a multiple top-10's in the U.S. Open, and recent strong finishes including 2nd at Byron Nelson suggests it could be Jason's Day come Sunday and Fathers' Day. Under 17.5 finishing position a worthy wager.

Rory McIllroy: We liked McIllroy in the Masters and he finished tied for 7th to win us a match-up and prop for top-10 finish. He's coming off some injuries, including when his back injuries returned at the PLAYERS a month ago. But like a horse off a layoff or a pitcher returning from the DL, the great one's hit their stride quickly and McIllroy is one of the premier players and there's still plenty to like about the Northern Irishman in his pursuit of a 5th major championship at Erin Hills. Length, links, strong wind player, wide fairways and exceptional tee-to-green game, much-improved putting. Leader in Par-5 scoring average and there are four of those this week. He's also been his best on softened courses in major championship play, so the recent rain or weather issues are to his benefit. Still, a few errant shots by any player could result in a few big scores and double-bogey's from the fescue, but McIllroy looks like a strong contender. Price not too favorable to win, and he's taken money in many match-ups. McIllroy recorded a 16-under par win in the U.S. Open in 2011 at Congressional; just one of 2 players to win the U.S. Open with a score of 9-under or lower in the last 16 years.

Jordan Spieth: A top contender who won the 2015 U.S. Open at Chambers Bay (-5) when Dustin Johnson 3-putted the 72nd hole from 12 feet. A little inconsistent with results for him this year, but solid his last two events and his strong putting and proven performance make him one to watch. However, his driving has to be better if he wants his strong GIR to follow this week.
Top Contenders to consider from 15-1 to 30-1

Adam Scott: The Aussie is a major champion and has finished top-20 in four of his last five U.S. Opens. He has the length and proven performance in the wind, weather and soft conditions. Look to play him near even vs Stenson.

Long shots of note greater than 35-1

Alex Noren: A solid performer on the European Tour, Noren won the recent BMW PGA Championship in May. He's been among the best worldwide performers over the past 12 months with five wins. Showed his precision iron play with a top-10 at the PLAYERS this year, then an incredible 62 on Sunday to win the prestigious BMW event at Wentworth. Only his comments following the win about his mental toughness are a concern, but his game is currently among the best.

Brooks Koepka: A very big hitter who can match-up with the big names. The extra par 5's work towards his advantage. Koepka is also solid in shots gained around the green. He's been a proven performer in the Majors with seven top-20's in the last 4+ years. That includes T13 at last year's U.S. Open following an opening round 75. He was consistent and finished T18 at Chambers Bay in 2015, and T4 at Pinehurst in 2014. Koepka is playing well this year, top-20 in FedEx points and Erin Hills seems to set up well for him and Koepka looks ready to rise up to a bigger challenge.

The best match-up bets are not necessarily on the high-profile matches. But those garner the most action, and the top ticket counts on win wagers include those on Fowler, Rahm, Dustin Johnson, Spieth and Day.

The most money wagered in Las Vegas and at many offshore sports books has been on Johnson, Rahm, Day, Mickelson and Pieters.

If you're betting the big 3 match-ups of McIllroy, Spieth and Johnson, then I would look McIllroy's way as an underdog (-105/-110) to Johnson. Too much risk vs. others laying -150 or more.

Enjoy the U.S. Open as the players try to perform their best physically and mentally in the most grueling grind and championship at Erin Hills. .