2020 NCAA Tournament Cancellation: What Could’ve Been

OSGA betting analyst Ross Benjamin reflects on this past Thursday’s decision to cancel the NCAA Tournament. Ross also offers up some intriguing what if scenarios had this wildly popular annual sports betting event taken place. The article culminates with his heartfelt take on keeping this unfortunate occurrence into proper prospective.

Dealing with Reality of the COVID-19 Nightmare

There will be no 2020 NCAA Tournament? Please say it isn't so. That was the cry from every sports betting writer, analyst, handicapper, and enthusiast from the southernmost tip of Florida to northern Alaska.

After personally coming to grips with the harsh reality of this unprecedented cancellation, I felt compelled to share some facts and opinions on what could’ve have taken place. 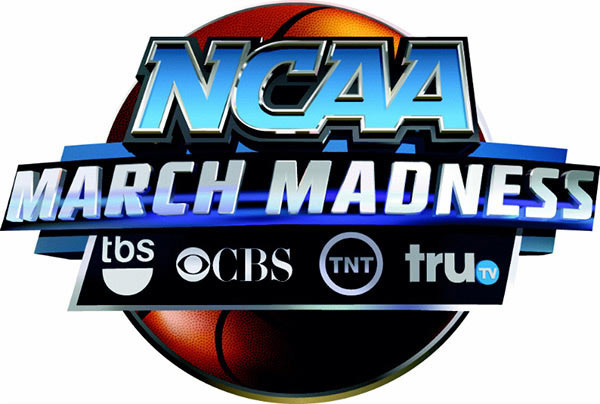 There's no doubt that the sports betting industry is currently in a state of mourning on many fronts. After all, this industry's most heavily bet and popular annual event is the NCAA Tournament. It's now included in a long list of cancellations due to serious health concerns arising from a spreading coronavirus pandemic.

For novices out there, which are plentiful considering sports betting has been legalized in many states over the past 16 months. Yes, "The Big Dance" brings in unequivocally more revenue than what's wagered on each year's NFL Super Bowl. From just a commonsense standpoint alone, we're comparing a one-day event (Super Bowl) to a three week extravaganza (NCAA Tournament).

According to the Nevada Gaming Control Board, there was approximately $349 million bet on the 2019 NCAA Tournament. The sportsbooks profited $36.5 million which equates to around 7% of the total handle. That yield isn't considered great with all being considered. Nonetheless, it still represents a respectable figure.

Since sports betting was given approval in New Jersey, that state has quickly ascended and approached Nevada type numbers. As a matter of fact, during March of 2019, New Jersey sportsbooks saw $372 million bet and had a gross profit of $31.7 million. That translates to a solid 8.5% of the total handle.

The above numbers are indicative of only the two leading states when it pertains to legalized sports betting. Those statistics are omissive of the other 14 states where wagering on sports is now permitted. Nevertheless, you don’t need to have a masters in statistics to comprehend the magnitude of negative economic impact this ill-fated health crisis has caused.

We saw a real rarity in the final regular season college basketball poll. There was a trio of mid-majors ranked in the top 6 teams nationally. They included #2 Gonzaga (31-2), #3 Dayton (29-2), and #6 San Diego State (30-2). This year's tournament potentially had the makings of what surprisingly occurred in 2012 when #8 seed Butler and #11 seed VCU advanced to the Final Four. Although, neither of those teams were even ranked in the Top 25 entering that NCAA Tournament.

It's one thing for a team to have their dreams shattered with a loss that eliminates them from the NCAA Tournament. It's a totally different dynamic when those aspirations are unfilled without even an opportunity to compete. One can now only wonder what heights each of those three programs could've have risen to.

The 2020 Big Dance could have hypothetically made for some very memorable storylines. However, like with any disappointing occurrence in life, it's imperative to be looking ahead and not into the rearview mirror.

Kansas (28-3) was ranked #1 in the country heading into postseason action. The Jayhawks would've have been looking to attain their first national championship since 2008.

#9 Michigan State (22-9) began the season as a highly touted team and a favorite to cut the nets down in March. However, they got off to a somewhat disappointing start and then proceeded to win 6 of their last 7 regular season games. Tom Izzo is notoriously known for having his teams peaking when it mattered most, and this year's Spartans were seemingly headed down that yellow brick road.

The #15 Louisville Cardinals (24-7) spent most of this season ranked in the Top 10. Despite sustaining some late season losses, the Cardinals would've still been talented enough to make a serious run at winning it all. Louisville last won a national championship in 2013, and that drought continues for another year by no fault of their own.

You may be surprised to know that the blueblood Kentucky Wildcats program hadn't won a national championship since 2012. Considering the plethora of NBA talent that Kentucky has put on the floor since that time, it seems unfathomable they hadn't captured a national title for seven straight seasons. Kentucky finished regular action ranked 8th while posting an outstanding 25-6 record. Yet, the expectations from their loyal fanbase seemed a tad bit lower than it's been in recent memory. We'll just never know if this year's version would have captured a return to glory.

The #7 Creighton Bluejays ended their regular season campaign with a sparkling 24-7 record. They also finished in a 3-way tie for first place in the Big East Conference with #11 Villanova (13-5) and #16 Seton Hall (13-5). Despite the Big East finishing the regular season with four teams ranked in the Top 25, it may have been the most underappreciated conferences in college basketball. Creighton was one of the best 3-point shooting teams nationally, and that goes a long way in making no deficit insurmountable to overcome.

Baylor spent a good portion of this season as the top ranked team in the land. The parity in college basketball these days makes it virtually impossible to stay on top of the heap for any prolonged length of time. Although #5 Baylor (26-4) had some shortcomings offensively, their suffocating defensive play would've made them a dangerous opponent regardless of who they played.

At the end of the day, what's going on globally with this terrible COVID-19 outbreak puts what is truly important into proper perspective. Suspensions of professional sports leagues, cancellation of the NCAA tournament, and temporary stoppages of entertainment are pale in comparison to potentially losing a loved one. Not to mention the people who will be negatively affected financially while we're at the mercy of this ongoing health calamity. The normalcy of everyday life will eventually return and maybe we will all stop taking that for granted.