BettheLine has closed two accounts with balances and appears to be on the verge of folding completely.

Blacklist Notes: BettheLine.ag opened in 2018 as a new sportsbook, using the Price-per-Head model as many newer, smaller places do. They started out small and for several  months ran with zero problems, but in spring of 2019 we received a payout complaint that has never been resolved. Recently two more no pay complaints have come in and BettheLine refuses to answer inquiries. 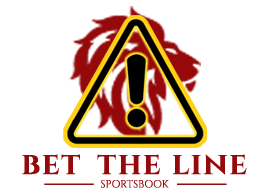 The initial no pay complaint was a convoluted mess, where a payment processor dropped BettheLine and the sportsbook claimed the player charged back. Though we received confirmation from the processing company that the players was 'refunded', BettheLine insisted that he charged back his deposit and thus were closing his account and keeping the funds. Over the next eight months we did not get any more  complaints on the place. Now, within the last week, there have been two reports of account closure and balance confiscation.

Specific Notes: In 2019 we reached out to BettheLine regarding their claim that a player charged back. We also contacted the payment processing company that they were using at the time about this particular customer's payout. We were told that the payment processor 'ceased doing business' with BettheLine and refunded all player deposits that were sent through them. Amazingly, there was only one player who appeared to be caught in the crossfire. Despite our efforts, BettheLine refused to honor what the processing company said and stood fast on the chargeback story regarding this player. No other problems have surfaced regarding this sportsbook

About eight months later, toward the end of 2019, we heard some rumblings about BettheLine. Players were complaining in forums that payouts were slow and 'Charles' seemed to be the only person still working at BettheLine.

Starting this past weekend we received two nearly identical complaints from two unrelated players. Both players had been betting with BettheLine throughout the football season and both had received payouts. Both cashed out $1000 and Charles took the money out of the accounts. When both players went to login the next day to check on the payout, the accounts were closed, deactivated. Players tried multiple times to contact BettheLine via phone, email and chat. BettheLine stopped answering calls or responding to live chat or emails and both players never received any payment.

We contacted BettheLine several times this week and our inquiries have fallen on deaf ears. Ultimately, this leads us to a Bad Bet alert on BettheLine.ag and a question about whether this book is going to just run with all player's balances after the Super Bowl.

We are recommending that players simply avoid BettheLine altogether.