We're less than 3 weeks away from commencing upon some college basketball conference tournaments. It seems like a good time as any to predict what mid-major teams can potentially make some noise in the upcoming 2020 NCAA Tournament.

Please keep in mind, the statistics, records, and results listed in this article are reflective of games played through Monday 2/10.

I'm certainly not going out on a limb by including the currently #6 ranked team in this topic of discussion. Nonetheless, the Atlantic 10 is considered a mid-major conference. The Flyers only two losses this season have come against #3 Kansas in overtime and #16 Colorado by a narrow 2-point margin. Both those defeats occurred on a neutral floor.

Dayton is an experienced and deep team which has nine players averaging 10 or more minutes played per game. Additionally, there are 7 Dayton Flyers averaging 8.0 points or greater scored per contest.

The one negative for Dayton is an absence of a signature win. They’ve beaten Georgia and SMU but neither of those teams are presently ranked.

I truly believe Dayton can make a serious run at the Final Four. If the NCAA Tournament draw were to take place today, the Flyers would be a #2 seed. Although it’s quite possible we’ll see them in an underdog role as soon as the Sweet 16.

This is another obvious choice, but the Mountain West Conference carries mid-major status. The Aztecs are a well-balanced team that’s extremely efficient offensively and stout defensively. They're #11 nationally in 3-point shooting while converting on 38.8% of its long-range attempts. The Aztecs are allowing a mere 58.3 points per game which is good for 4th best nationally.

The Aztecs own quality wins over #21 Iowa and #23 Creighton. They also possess a road win over a very good BYU team that’s on the periphery of the AP Top 25 rankings.

NCAA Tournament teams will discover quickly how frustrating and difficult it is to play against San Diego State. Offensively, the Aztecs frequently use most of the shot clock, and their possessions quite often result in wide open looks or easy baskets.

San Diego State has developed a tradition over recent years of playing suffocating defense and this season has been no different. This season’s squad holds a rare combination of athleticism and physicality on the defensive end. As a result, it gives them an opportunity to win even if they suffer through a poor shooting performance.

Anything short of a Sweet 16 appearance will be considered a failure for San Diego State. Don’t go to sleep on the Aztecs. This is a team that can realistically make it to the Final Four.

Head coach Ben Jacobsen has built a strong men's basketball program at Northern Iowa. They always seem to be in contention for a Missouri Valley Conference title throughout Jacobson’s tenure.

The Panthers won NCAA Tournament 1st Round games over Wyoming in 2015 and Texas in 2016. Unfortunately, their 2016 appearance ended in heartbreaking fashion with a 2nd Round 92-88 overtime loss to Texas A&M. That result was unequivocally the biggest meltdown by a team in NCAA Tournament history. Northern Iowa inexplicably blew a 12-point lead with 35 seconds left to play in regulation time. That was also the last NCAA Tournament appearance for the Panthers.

On a more positive note, the Panthers have impressive wins this season at #16 Colorado and against South Carolina (14-9). They also lost by just 5 at #14 West Virginia.

The great equalizer for a college basketball underdog is their ability to make 3-point shots. If that’s indeed the case, then Northern Iowa won’t be an easy out if they qualify for this year’s tournament. The Panthers are converting on an excellent 40.1% of their 3-point shots and that’s good for 6th best nationally.

There's a possibility that Northern Iowa can still secure an at-large bid if they advance to the Missouri Valley Conference Championship Game and lose. Nevertheless, I’m sure to a man they’ll tell you that leaving it up to the committee isn’t an appealing option. Assuming they qualify, and if placed in a favorable region, Northern Iowa is undoubtedly competent enough to win a couple of games. At the very worst, they certainly won’t be an easy out. 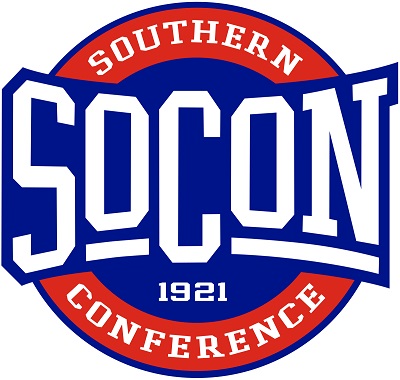 The Southern Conference leaders had an impressive 11-point win at #25 LSU earlier this season. That’s an LSU team which is presently entwined in a 3-way tie for 1st place with #11 Auburn and #12 Kentucky in the SEC standings. Additionally, the Buccaneers were very competitive during a 12-point road loss at #3 Kansas.

East Tennessee State is a balanced scoring team that has 8 players averaging between 5.7 to 13.6 points scored per game. Hypothetically speaking, if they win their conference tournament, the Buccaneers will likely be a #13 or #14 seed. If indeed that transpires, I see them as a very live underdog during NCAA Tournament opening round action regardless of who they play.

For starters, the Lumberjacks knocked off #7 Duke in overtime at Cameron Indoor Stadium back in November. They’re a very deep team which is evidenced by 10 players averaging 12 minutes or more played per game. The Lumberjacks are an offensively explosive team. They’re scoring at a clip of 80.5 points per game while shooting 49.2% from the field (#7 nationally).

The Lumberjacks offensive prowess isn't their only asset. They're also the 3rd best defensive rebounding team in the country. Considering their ability to minimize opponents second chance opportunities, teams can ill afford a poor shooting game against Stephen F. Austin in the 2020 NCAA Tournament if they hope to advance.