Wager506 in Costa Rica has closed suddenly, stiffing players in the process.

Wager506 Sportsbook in Costa Rica has closed. Wager506 came to our attention in the summer of 2016 as we had inquiries from people who were contacted to sign-up at this new sportsbook. Unfortunately, after having problems with payment processing and eventually player winnings, their website is now offline and phone numbers are unreachable.

We met with the owner of Wager506 over the summer on our annual trip to Costa Rica. He answered all the right questions and had the infrastructure of a Price-Per-Head provider to run the nuts and bolts of putting up lines, maintaining the website and grading bets. He also had been in the business for quite some time and was looking to get involved as an owner in the post-up sportsbook business.

From the outset, we received very few complaints on them and sportsbooks have generally done quite well this football season. But several factors may have led to their demise. 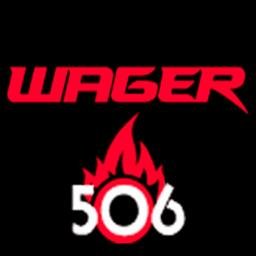 At the end of October, we received an email from Wager506 regarding a change they were making, moving away from debit and credit cards. They had some trouble with one of their credit card processor and then there were players, disgruntled or just flat out scammers who started charging back and threatening to charge back. Apparently, several players were 'super stiffs' – getting paid out and then going and charging back on the credit card deposit. According to the email they were removing credit cards altogether, 'to avoid further situations like these."

Still, players were being paid in a timely fashion. However, this may have been problem number two, as from what we know, a good amount of money was going out the door, weekly.

This all leads to poor management and poor decisions by those in charge. It also falls to a guy named Jeff.

Jeff (aka Rodrigo) was involved with several other sportsbooks who closed up shop, stiffing players. Jeff was most recently involved with BetMayor in 2015. Jeff told ownership that he could bring in players, despite his tarnished reputation. And to our disbelief he did!

But Jeff brought in an assortment of charge back artists, bonus abusers and winners. These players whittled away at new, inexperienced book for several months before the owner threw in the towel. We called a number that was used to contact Wager506 during our visit and was told that the owner 'no longer worked there'.

We immediately put a note on our new sportsbook page regarding Wager 506. "Currently, we are issuing a warning about sending Wager506 any funds." But by now it was too late. The owner had already made his decision and now even Jeff refused to talk to us or players that were owed money.

Finally, we reached out to the price-per-head provider a week ago, to alert them to what was going on with Wager506. Five days later, the website was gone.

Though we do not think there is any hope for players to recoup funds from Wager506 or Jeff, we do want to hear from players who have been affected. Players are urged to email us at osga@osga.com with details of their balances and situation. Players who deposited via credit card are urged to charge back ASAP.

Though we do think that some of the newer sportsbooks out there are doing a good job, Wager506 is why we have a #1 rule on new sportsbooks. To avoid getting stiffed, never send a sportsbook that has not made it through one football and baseball season without problems any money. Unfortunately, Wager506 is another glaring example of this.